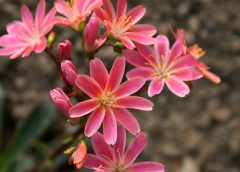 There are five degrees of life. The Third Level of Life is that of Idris (Enoch) and Isa (Jesus) (May Allah grant them peace) which, being removed from the requirements of humanity, enters an angelic life and acquires a luminous fineness. Quite simply, Idris and Jesus are present in the heavens with their earthly bodies, which have the subtlety of bodies from the World of Similitudes and the luminosity of star-like bodies. [First Letter]

God did not forsake Jesus!

And they (Jews) set a trap for (Jesus), and Allah set a trap for (them) (counteracted),
too. And Allah is the best of those who sets traps. At that time Allah said, “O Jesus, indeed I will take you and raise you to Myself and purify you from those who disbelieve and make those who follow you [in submission to Allah alone] superior to those who disbelieve until the Day of Resurrection. Then to Me is your return; and I will judge between you  oncerning
that in which you used to differ.” (3:54,55)

Why is it that the other prophets only foretold the coming of Muhammad (ASW), while Isa (Jesus) (AS) described it
more strongly than any other Prophet did?