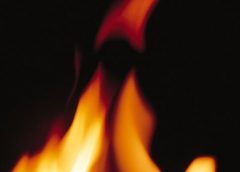 Throughout the human history there is a general concept of hell (Jahannam) and Paradise (Jannah) in minds such as “Hell is one of the last stations, end of worldly pleasures and any pleasures and relief at all, eternal suffering and punishment or Paradise is endless satisfaction, overwhelming beauties and pleasures.” It is very interesting how people don’t take this matter of “eternal suffering” or “endless gratification” seriously even though they know what to come since these two places are both for those who deserve them.

“Time has shown that Paradise is not cheap, and neither is Hell unnecessary.” (Seeds of Reality/Letters Book [Maktubat]/Risale-i Nur Collection) In other words, in order to deserve Jannah belief, worship, struggle with nafs and shaitan and sacrifice is required; however for Jahannam abandoning all these (or doing contrary to what is said) that is to say leaving attempts to action would be so enough.

The reason why many people play ostrich man towards the existence of Jahannam as pointed in the very first paragraph is the way of understanding the aim, purpose, duty and necessity of Hell. Focusing “merely” on torments and sufferings of Jahannam usually blind the eyes to see the true context of both the creation of Hell and Mankind.

Allah (swt) with this verse from Qur’an describes the wisdom why there is hell.

“Moreover; the world is not big and magnificent enough to reward the believers’ good deeds and punish the big sins of wrongdoers. So, there will be another place to accomplish all these.”

It is quite obvious that this is the proof to the existence of absolute justice.

Beyond understanding the true meaning of Hell, two choices come out. Acceptation or denial… First one comes with responsibilities and prohibitions from any of the harmful things. The second one is lawless and unprincipled.

This is where the bell rings and test starts. It is all about having a detached perspective or intentional obsessions.

“One who commits a major sin deserving of the torment of Hell will desire the non-existence of Hell wholeheartedly, and whenever he hears of the threat of Hell-fire, he will dare to deny it on the strength of a slight indication and doubt, unless he takes up in protection the shield of repentance and seeking forgiveness.” (The Flashes-Second Flash 2/9)

Human mind and heart burns inside like a fire with the passion of eternity. In the creation of humanity, there is a tendency and will for eternity.

The imposed ideology aims to generate a numb society in all terms. Penetrating through music, movies, pc games, social media and some harmful publications.  Screams of our conscience can hardly be heard.

Consequently, it is obviously seen that the reasons of denials are mostly because of not having objective perspective towards life. If thought in the right way, it means enduring the worst conditions with great ease and little effort or without the tendencies of committing suicide.

And a warning; “Hell fire is black as tar and dark as night.” (Bayhaqi)

May Allah keep us away from the hell and it’s fire.