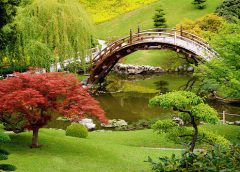 One hundred and twenty four thousand prophets report, in agreement, carrying the limitless miracles in their hands that are signs of their truthfulness, that the people of faith and obedience will, with a one hundred percent likelihood, win an endlessly eternal, inexhaustible treasury with the condition only of having a good end.

On the other hand, those who persist in shamelessness, ḥaram activity, brazen sin and unbelief, shall receive either a warrant for eternal execution, should they not turn to Allah in repentance, for those who believe not in Allah; or a warrant for perpetual, dark solitary imprisonment and an eternal deprivation of happiness for those who believe in the ever-abidingness of the spirit yet persist in futile amusements.

More than one hundred and twenty four million righteous saints report the same – saints who after having witnessed them by means of mystical unveiling (kashf) and spiritual tasting (dhawq) endorse and attest to the traces and shadows of that which those prophets have reported.

Billions of past and present scholars of critical verification (muhaqqiqin), independent jurists (mujtahidin), as well as the elite subtle sages (siddiqin) also verify those reports.

They demonstrated this with conclusive rational proofs, and strong reflective evidence both intellectually and in terms of scholarly consensus, within a certain, evident form; they attest to it, and endorse it.