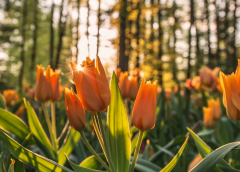 Will your consciousness survive your own bodily death? Will there still be a “you” after you die – which is to say, will you continue to have conscious experiences in an incorporeal state (in a similar state, for example, to dream-consciousness)? Moreover, if the “heart” of human consciousness does survive the cessation of the beating of the physical heart, will the state in which it subsequently finds itself be determined by the way that your individual consciousness had, in life, interacted with others in the physical world, and by the way it had used your own body? The traditional monotheistic religions are of course in agreement about the reality of life after death, and they are also in agreement about the intimate relationship that exists between one’s moral conduct in this world and one’s state in the Hereafter – and they thus agree that Paradise and Hell are both real.

Plato argued that since human consciousness is uniquely able to apprehend eternal, indestructible truths, i.e. mathematical, logical and moral truths, personal consciousness itself must be indestructible, because it must be of like nature to that by which it can become characterised, i.e. timeless, incorporeal truth. As fundamentally incorporeal, consciousness is inherently not subject to the physical death to which the body is condemned.

Over the centuries, thinkers of all stripes and from all religious traditions have discovered hundreds of reasons to believe that consciousness will continue after bodily death. Said Nursi is especially distinguished in this domain, as he wrote a whole book, entitled The Resurrection Epistle, to prove the immortality of the human self.

Since beauty is endless and eternal, it requires the perpetuation of the existence of those who yearn for it

Beauty involves a relation – there must be an observer to perceive it. God, Who is Absolutely Beautiful, could never be “content with a transient yearner”, that is a transient yearner after beauty – thus, God will cause human consciousness to endure eternally.

Another of Said Nursi’s arguments starts from the preservation of information that we see throughout nature: the memory of a human being, the kernel of a fruit and the seeds of a flower “all indicate the sublimity of the all-encompassing nature of the law of preservation”.

Do you not see that all flowering, fruit-giving beings in the vast spring, and the scrolls particular to them of their actions, and the laws governing their creation, formation and the samples of their forms, are all written and preserved within only a limited number of tiny seeds? The following spring, in spreading open the scrolls of their actions within the account particular to them, with perfect wisdom and order He forms another vast world of spring … Now, if such preservation takes place within such temporary, run-of-the-mill, transient, trivial things as these, is it conceivable that … the actions of man would not be carefully recorded – actions that bear important fruit in the unseen world, the world of the Hereafter, the world of spirits and in universal lordship?

Now, this preservation points to the fact that a momentous accounting book of actions is going to be opened, recording especially the great deeds and pivotal actions of man … how could man possibly depart to non-existence, thereby fleeing from the Almighty Possessor of Majesty whose past actions – miracles of His power – testify that He is able to create all of the possible beings that are going to come into existence in the future? He that brings into existence the winter and the spring, both of which greatly resemble the Resurrection  – how could man flee from Him, and go into the earth and conceal himself? Since he is not taken to account befittingly in this world, he must therefore be going to a supreme court of justice, and ultimate felicity.

Moreover, man has an innate sense of his capacity for eternal life, of the fundamentally indestructible nature of his consciousness, and this is why (as the history of human societies proves to us) he expects to live on forever in an afterlife.

It is because of his capacity that the hopes of man extend into endless eternity, and that his thought encompasses the whole universe, and that his desires stretch out right unto the many varieties of the future happiness [that he anticipates]. All of this indicates that man has been created for eternity, and that he will move away to eternity – and that this world is [merely] a guest house for him, and a waiting room for his [life in the] hereafter.

That it is to say, just as we have been blessed with proper objects corresponding to each of our senses, spectacular sights for our eyes, sublime fragrances for our sense of smell, stirring music for our sense of hearing, and so on, so does our natural “sense of eternity” require a corresponding object – and this will be actualised in the realm of the Hereafter.

The prevailing general attitude today in most parts of Western Europe, regarding the idea that human life continues after bodily death, tends towards a scepticism ostensibly derived from a scientifically-guided, if grim realism, and common sense Is there any evidence that this default scepticism is in fact justified? The idea that human consciousness ends at death necessarily involves the assumption that consciousness is entirely rooted in and dependent upon the physical body: that our sense of our selves as well as of good and evil, and abstract concepts like mathematical entities, universal concepts (like “necessary”, “possible”, “unity” and “beauty” and so on), are all merely incidental by-products of electrical neural impulses, transmitted by chemical changes taking place in the brain.

This profoundly unattractive worldview (known as “epiphenomenalism”) is happily completely lacking in any scientific evidence whatsoever, and enjoys very little support amongst the vast majority of scientists philosophically-minded enough to understand the absurd implications of the theory (which involves the complete subjectivisation of human knowledge, therefore rather putting the objective credibility of the theory itself in danger!). What is touted as evidence – the fact that there is an empirically-verifiable link between brain events and conscious experience – only proves that in so far as consciousness inhabits a body (i.e. during one’s lifetime), it is linked to the body (which is surely obvious in any case). On the other hand, it does nothing whatsoever to indicate that consciousness itself arises out of, or is “reducible” to electrical events in the brain. Indeed, matter and physicality are so radically different to “intelligible” entities (by which I mean the objects of conscious experience) that it is extremely difficult to see how consciousness could simply “emerge” from matter – it seems about as likely as the ocean floor being the origin and fundamental nature of the ocean’s water, or fuel of fire, and so on. Of course, these things seem to be inextricably linked to one another, but this does not mean that they are reducible to one another. Of course, water can be taken out of the sea, but innumerable testimonies of both out-of-body spiritual experiences, and of near-death experiences, provide strong indications that it is also possible to take consciousness out of the body (and consequently, out of the brain).

* This is an abstract from the article “Understanding Islam” that appeared in the 26th issue.