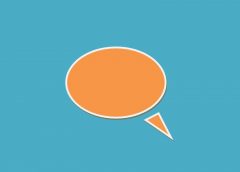 Talking just for fun will only waste our time. It is one of the causes of corruption of the tongue. Prophet Muhammad (saw) said: “One of the signs of goodness of a Muslim man’s submission to Allah (swt) is avoiding vain talk.”

Ibn Abbas (RadhiAllahu Anhu) said: Achieving the following five matters is more beneficial than owning the best types of horses:
– Not involving yourselves in conversations that do not concern you, as there is no guarantee that you would not sin therein.
– Not talking about things that do concern you, until you find the proper time; as a person may talk about a matter that does concern them but at the wrong time and therefore produce a bad consequence.
– Not arguing with a wise or a foolish person, as the wise person would desert you and the foolish person would humiliate you.
– Mentioning your brother, in his absence, with things with which you would wish him to mention you with in your absence and forgiving him for that which you would wish him to forgive you for.
– Performing the actions of one who is certain that he would be rewarded for the good and punished for the bad that he does.

When we start to talk just in vain, unfortunately it leads us sinful words or conversations.  The person who listens to this type of conversation also finds themselves in these sinful gatherings. They may not realize but they may be contributing to these sinful talks.

Prophet Muhammad (saw) said: “No servants of Allah’s (swt) belief will be correct until his heart is corrected, and his heart will never be corrected until his tongue is.”

We can avoid from this type talks not to involve in every conversation or the talks does not concern them or they were not asked about.

Why do not you mind on your own business?

During the Abbasid period, one of the scholars in Baghdad, the capital of Muslim caliphate at that time, was reputed to hold knowledge in high esteem. One day an acquaintance met the great scholar and said, “Do you know what I just heard about your friend?” “Hold on a minute,” the scholar replied. “Before telling me anything I’d like you to pass a little test. It’s called the Triple Filter Test.”

“That’s right,” the scholar continued. “Before you talk to me about my friend it might be a good idea to take a moment and filter what you’re going to say. That’s why I call it the triple filter test. The first filter is Truth. Have you made absolutely sure that what you are about to tell me is true?”

“No,” the man said, “actually I just heard about it and…”

“All right,” said the scholar. “So you don’t really know if it’s true or not. Now let’s try the second filter, the filter of Goodness. Is what you are about to tell me about my friend something good?”

“So,” the scholar continued, “you want to tell me something bad about him, but you’re not certain it’s true. You may still pass the test though, because there’s one filter left: the filter of Usefulness. Is what you want to tell me about my friend going to be useful to me?”

“Well,” concluded the scholar, “if what you want to tell me is neither true nor good nor even useful, why tell it to me at all?”

Allah the Exalted said in Holy Qur’an: “O’ ye who believe! Avoid suspicion as much (as possible): for suspicion in some cases is a sin: And spy not on each other behind their backs. Would any of you like to eat the flesh of his dead brother? Nay, ye would abhor it. But fear Allah: For Allah is Oft-Returning, Most Merciful.” (Hujurat 49:12)

TIME FOR LESSON: Do not hurt someone with your tongue!

A younger woman one day said something that hurt (insult) her best friend. She regretted it immediately, and would have done anything to have taken the words back. But they were said, impulsively, in a moment of thoughtlessness, and as close as she and her friend were, she didn’t consider the effects of her words beforehand.

In her effort to undo what she had done, she went to an older, wiser woman in the village. Explaining her situation, and asked for advice. The older, wiser woman listened patiently in an effort to determine just how sincere the younger woman was, how far she was willing to go to correct the situation.

The older, wiser woman said, “There are two things needed to do to make amends. The first of the two is extremely difficult. Tonight, take your best feather pillows, and open a small hole in each one. Then, before the sun rises, you must put a single feather on the doorstep of each house in town. When you are through, come back to me. If you’ve done the first thing completely, I’ll tell you the second.”

The younger woman hurried home to prepare for her chore. All night long she laboured alone in the cold. She went from doorstep to doorstep, taking care not to overlook a single house. Her fingers were frozen, the wind was so sharp it caused her eyes to water, but she ran on, through the darkened streets, thankful there was something she could do to put things back the way they once were.

Just as the sun rose, she returned to the older, wiser woman. She was exhausted, but relieved that her efforts would be rewarded. “My pillows are empty. I placed a feather on the doorstep of each home.”

Now, said the older, wiser woman, “Go back and refill your pillows. Then everything will be as it was before.”

The younger woman was stunned. “You know that’s impossible! The wind blew away each feather as fast as I placed them on the doorsteps! You didn’t say I had to get them back! If this is the second requirement, then things will never be the same.”
“That’s true”, said the older, wiser woman.

We must be aware that each of our words is like a feather in the wind. Once we speak, we not take it back. Therefore, we Muslims need to choose our words well, and guard them most of all in the presence of those you love.

Swearing is bad in Islam. Arguing, insulting can bring an accusation against somebody; so why do not we try to keep away from it? We need to be also aware and teach our children that it is forbidden to curse animals in Islam. We all need to remember every creature is the art of Allah (swt).

What can we do is to try to avoid from arguing, swearing or insulting. Try to smile. Try not to involve. If so: Do not try to attack. Do not blame or accuse. Use words to remind Allah (swt). Leave the environment/gatherings.