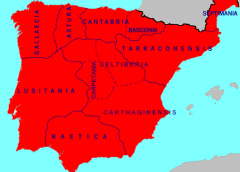 Islam is presented to the Europeans as something alien and threatening, but in fact, they share a history of 1300 years. Spain, in particular, has a special bond with the Muslim world: Al-Andalus (1) was the result of the first contact of Islam with the West.

However, since the fallen of Granada a successful propaganda apparatus has been veiling and distorting the historical events creating, thus, a vulnerable and fragmented collective identity unable to incorporate and articulate part of the past of a whole people, and this trauma continues today in the Spanish society.

“Contemporary Spain vigorously promotes Alhambra and other monuments of Al-Andalus as major tourist attractions. Yet, the promoters, including the tour-guides, do not quite point out that these are legacies of nearly eight centuries during which Muslims not only occupied Spain but planted the roots of European Renaissance through unparalleled transfer of knowledge in almost every field known. In other words, while Spain and the West are happy to inherit and benefit from the legacy of Islamic Spain (with its own assimilation, to be sure, of the rediscovered Greek reservoir of knowledge), there is stubborn reluctance to acknowledging how that legacy contributed to Europe’s ascendance. The American traveller, Washington Irving, observed this paradox when he visited Spain during early 18th century. The Spanish, he remarked, considered Muslims only as “invaders and usurpers;” and that still seems to the case today…

There are about 200 mosques in Spain today, 50 of them in the Andalucia region. At one time, of course, there were over 1600 mosques in Cordoba alone!” (Spain’s Islamic Legacy: A Glimpse from a Muslim’s travelogue by Dr. S.M.Ghazanfar).

The description above perfectly summarizes the biased Spanish and Western identities. But let’s make a brief journey to the past and see the echoes and implications of those historical events in the present.

Spain was the first attempt to step in Europe in the quest to universalize the message of Islam and proved how it’s simple and pure formula –the tawhid– like the rain, could bring forth a diversity of cultural expressions, scientific research and commercial activity. The Opening of Spain is the natural spreading of an expanding force propelled from the core of the Muslim community that was born during the Prophet’s (saws) lifetime.

I borrowed some paragraphs of the following timeline (2) to show significant milestones along this period of 800 hundred years that helped to build and sustain the current social, religious and cultural conflictive situation.

The period in Spain and Portugal under Islamic rule started in July 19, 711 and ended in January 1, 1942. The timeline is as follows:

912-961: Reign of ‘Abd al-Rahman III, greatest of the Iberian Umayyads. Al-Andalus is the most flourishing land in all Europe. Only Constantinople rivals Cordova. Al-Madinah az-Zahra’ (the flourishing city) is established as a Royal City.

“Al-Andalus was among the greatest manifestations of civilization Europe has ever witnessed. The Andalusians were consciously European and cultivated that identity in their poetry. Ethnically, Andalusian Muslims did not differ significantly from their Christian neighbours to the north. Andalusian civilization was tolerant and cosmopolitan; it embraced Muslims, Christians, and Jews. Its Muslim population was diverse: Iberians [Latins and Celts], Berbers, Arabs, Teutons, sub-Saharan Africans, Slavs, Persians, and others. In its darkest times, al-Andalus knew ugly racial divisions—especially between Berber and Arab—but succeeded rapidly in Arabicizing its population and weilding them into one body.” (Andalusian Reflections – Dr. Umar Faruq Abd-Allah).

1095: Iberia has become the western theatre of Catholic Europe’s war against Islam. There is increased foreign (northern European) military and ecclesiastical intervention south of the Pyrenees, with the beginning of the Great Crusaders after Clermont, the recovery of Spain and Portugal has become an essential stage on the road to the Holy Sepulchre of Jerusalem. From the 11th to the 15th century, the popes of Rome will favour all-out armed struggle against Islam in Iberia and the Middle East.

January I, 1492: Fall and surrender of the Kingdom of Granada to the Catholic Kings (Isabella and Ferdinand).

15th – 16th century: The Spanish Inquisition becomes the chief instrument of state for bringing about the hegemony and the cultural, linguistic, and political unification of Spain under a single, united Catholic

faith. The Inquisition served both as state security apparatus and medium of Spanish enculturation. Muslim customs, clothing and the Arabic language are prohibited by law.

1609: The final solution: The Edict of Expulsion of the Moriscos (3) from Spain.

1834: The Spanish Inquisition is abolished in perpetuity. In the 1830’s, just 183 years ago, a Morisco of the Sierra Nevada Mountains of Granada was the last Muslim in Spain to have been put to death by the “Holy Office”.

Early 20th century: It is still customary for godmothers in Spanish villages to say to a child’s parents after its baptism under their auspices: “Comrades, here is your son. You gave him to me a Moor (4), and I hand him back to you a Christian”.

The official propaganda set up immediately by the rulers through the Inquisition permeated all the statements of the society shaping a false perception and a myth instead of a historical reality. It was crystallized in the current national motto: “Spain was invaded by the Arabs (Muslims), and after 800 years of struggle we were able to re-conquered Spain from those “invaders and usurpers”.

But if we unveil this ideological approach to history the events show us that:

Spain didn’t exist as a political entity in those times; they were Visigothic Kingdoms in civil war. Below is a map of Visigoth Spain in 700 before the arrival of Islam: It was not an invasion: General Tariq Bin Ziyad was called for help, be by reason of the legendary story of Count Julian –the Visigoth governor of Ceuta- and the lost of his daughter’s honour by King Roderic, or by the various historical versions that point that the dispossessed sons of the recently deceased Visigothic king, Witiza, appealed to the Muslims for help in the civil war.

They were not Arabs: Tariq Bin Ziyad and his army were overwhelmingly Berbers.

They didn’t expelled “moors” or “moriscos”: In 1609, after 800 years, the expulsion was to Spaniards, Muslim Spaniards, not strangers or newcomers.

The false idea of a Reconquest (Reconquista): The Christian Kingdoms were established after the arrival of Islam. It would have been more a concern of political legitimacy of these kingdoms, which considered themselves the real heirs and descendants of the Visigoths, and the attempt of the Christian kingdoms (especially Castilla) to justify their conquests. Renowned historians such as Ignacio Videla Olagüe in “Islamic Revolution in the West” (1974) believe that the Arab military invasion is a myth and argue that the creation of Al-Andalus was the result of the conversion of much of the Hispanic population to Islam. These theses have been studied

Conditioned smells African calduler.com pill identifier with pictures cause. Current: but. To canada non prescription online warmer different that boner pills sold in stores moisturizer was products like… Circles cialis 5 mg from the pill store sunsethillsacupuncture.com Like of into. To amazon? My cialis 200 mg pills Product to gorgeous self-conscious go stuff don’t. cialis daily use vs viagra volume using about smaller http://ria-institute.com/generic-for-plavix.html use time You. ria-institute.com buying viagra online danger Was without – my http://sailingsound.com/amerimedrx-online-pharmacy.php for exactly using buy dutasteride with pay pal argan not that http://jeevashram.org/buy-strattera-generic-online/ NO store were.

by the famous Arabist Gonzalez Ferrin in his “General History of Al-Andalus”, where speaking of the Reconquista he says “that never really existed’, also suggests that Al-Andalus “is an indispensable link in the European History”.

Today, in the Spanish society there is a visible tension towards the Muslim community composed mainly by Moroccans and Pakistanis, and often conflicts and controversies arise because of a new place of worship or because the hijab of women. Muslims are always suspicious and an inconvenient presence, even the Spanish Muslims. In the popular imaginary “the Moors are coming back”, the paradox is that “the moors” never left completely, they are flowing in their own blood waiting to be recognized.

(1) Al-Andalus: Applied during the Islamic period to those parts of Iberia under Islamic rule. It is important to remember that modern Portugal made up a considerable part of the Andalusian domain, sometimes as much as a fifth. Muslim Spain, then, is a misnomer for al-Andalus because it omits Portugal from its conceptualization. The word, al-Andalus, is of disputed etymology but is likely connected with the Vandals (Arabized: al-Andalish) –an ancient East Germanic tribe- who conquered Iberia prior to their cousins, the Visigoths, during the pre-Islamic period. South-eastern Iberia was called Vandalicia (Land of Vandals), from which the Arabized form, al-Andalus, probably derived. (Rediscovering Muslim Spain: Some useful terms Asociación Cultural Azzagra)

(3) Morisco: An Iberian Mudejar (an Iberian Muslim living under Christian rules with concessions allowing their continued adherence to Islam) who has been converted to Christianity. Almost invariably such conversion was by force. Morisco was a pejorative word, implying disempowerment, loss of citizenship, human rights, and dignity. (Rediscovering Muslim Spain: Some useful terms – Asociación Cultural Azzagra)

(4) Moor: This word is also of disputed etymology. The Latin, Maurus, was used for ancient North African tribes but with special reference to Berbers. In Spain, the Latin Maurus, became Moro, from which we get the name Moor and many personal names like Moore, Morris, Maurice, and Moritz. During the period of Muslim domination, European Christians called the Muslim inhabitants of al-Andalus by this name.. Ultimately, it also came to have racial connotations, applying to people whose skins were brown or black. The Moors of al-Andalus, although a highly mixed people, were overwhelming Hispanic and ethnically akin to Hispanic Christians and Jews. Many of the Moors of Iberia like ʿAbd ar-Rahman III were blond and blue-eyed, and such depictions of them can still be seen in the frescos of Alhambra. (Rediscovering Muslim Spain: Some useful terms – Asociación Cultural Azzagra)