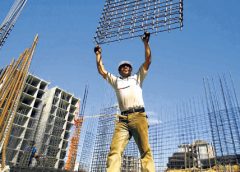 History has proved that one of the main reasons for conflicts around the world have taken place because of economic inequality and injustice. Especially, after the industrial revolution, the issue has gained more importance because it is a historical fact that the revolution has only changed the form of slavery and created a huge economic differences or wealth gap between poor and rich people. The revolution created large-scale effects not only in the West but also in the East. With the mechanization and commercialization, goods were produced faster and in the high dimensions called mass-production. By the using of steam power and coal leading enhancements in transportation systems helped the products to penetrate easily to inner cities and countrysides all over the world. The cheap prices of commodities galvanized the migration from the countrysides to cities; because the things that farmers produced have been already manufactured in low prices. Hundreds of thousands of people had to work in companies to survive.

Although capitalist system nowadays has increased welfare in terms of working conditions, worker rights, and salaries, there is a large scale wealth gap between upper and lower classes. According to PEW Research Center (2012), people in America believed that there is a growing financial gap between the poor and the rich.

In order to eliminate economic inequalities and injustices, many political ideologies have been produced. Two most of them are the classic liberal economic system whose well known representative is Adam Smith and the socialism which was represented by Karl Marx and Frederich Engels. Both political ideologies, however, have been criticized many times and disproved by many economists. On the other hand, Islam presents people two solutions in order to solve the problem of wealth gap: obligatory of zakat (charity) and prohibition of interest.

The perspective of classical liberal economy is based on free market which was repeatedly pointed out by Adam Smith, founder of classic liberalism. He refused the government interference because he believed that ‘‘if you give one firm a monopoly to manufacture something, you banish competition and, with it, the efforts to produce new products on lower prices’’ (as cited in Roskin et all, 2012, p.45). Supply and demand provide better prices than governmental intervention. ‘Invisible hand’ as Smith called regulates and self-corrects the economy. In other words, the economy works best when left alone by government. By the nineteenth century, however, something was happening that Smith had not expected because it was clear that free market was not self-regulating. Products rigged the market. There was a drift to bigness and fewness: monopoly. The system produced a large underclass of terribly poor. In short, non-intervention theory of Adam Smith created an economic injustice among classes. Instead of regulating the market equally and justly, it only became a means for capitalists to increase the amount of money they have.

On the other hand, Karl Marx, the founder of socialism, made a harsh criticism on unequal distribution of wealth in his book called ‘The Communist Manifesto.’ Marx agreed that there was a contract between proletariats or workers and bourgeois or employers. Nobody was forcing the proletariats to work in companies. Workers, however, were underpaid. What was paid for workers in return for the hours they worked was insufficient to have private property which had been claimed by capitalism to attract workers into the system which is impossible to be out of. Karl Marx and Fredrick Engels (2008) pointed out the destructive effect of the system in The Communist Manifesto.

The bourgeoisie, by the rapid improvement of all instruments of production, by the immensely facilitated means of communication, draws all nations, even the most barbarian ones, into civilization. The cheap prices of commodities are the heavy artillery with which it batters down all Chinese walls, with which it forces the barbarians’ intensely obstinate hatred of foreigners to capitulate. It compels all nations, on pain of extinction, to adopt the bourgeois mode of production; it compels them to introduce what it calls civilization into their midst, i.e., to become bourgeois themselves. In one word, it creates a world after its own image. (p.9, The Communist Manifesto)

The solution of unjust and unequal distribution of wealth and class conflicts from the perspective of Marx was the elimination of private property, bringing the community of property, and equal liability of all to work and abolition of all the rights of inheritance. These offers attracted workers because as Marx said ‘‘the proletarians have nothing to lose but their chains’’ (as cited in Roskin et all 2012, p.40). Yet there has been a big gap between theory and practice, policy and implementation proven by some countries like Soviet Union, Communist China, North Korea and Cuba.

There are many examples in the Animal Farm of George Orwell related to corruption of main stream of socialist ideas. For example, ‘‘in August Napoleon announced that there was strictly voluntary work, but any animal who absented himself from it would have his rations reduced by half.’’ (Orwell G, 2008, p.61). In reality, because of lack of production, Stalin put extra works and there was a high demand for it proving that the desire for gaining more money or acquiring more property is natural tendency for human being. That is why; elimination of private property is not a permanent solution for unequal distribution of wealth. The question, however, arises from this point: How could be the problem of unjust and unequal wealth gap or economic inequalities solved without removing private property?

Before answering the question, it can be said that Islamic religion and socialism are on consensus about unfair and unequal capitalist system. But the solutions that are given to get rid of capitalism are completely different from each other. In contrary to Socialism, Islam does not deny or reject private property, for class conflicts do not emerge because of it as Marx claimed. That is why; socialism and Islamic religion cannot be observed in the same platform as some people claim.

When people, however, want to establish hegemony over the weak by using or having prosperity, conflicts take place and Islam will have completely prohibited it because of the fact that, for Islam who is powerful is who is right, not who have more prosperity or property.

Islam presents two solutions, which were successfully experienced in the Age of Bliss, for economic inequality or wealth gap: obligatory of zakat and the prohibition of interest. In retrospect, man needed only three or four things, and it was only two out of ten who could not obtain them. But now through wastefulness (effects of advertisements cannot be ignored in this situation) and abuses, present-day civilization has made inessential needs seem essential. In this system, people need twenty things. And it is only two out of twenty can be acquired in a totally licit way. That is to say modern civilization greatly impoverishes man and that is why people apply unjust and illicit gain. Additionally, history have witnessed class conflicts or struggles mostly emerged because of economic inequality but by the obligatory of zakat and prohibition of interest, lower classes will be obedient towards the upper classes and the upper classes will feed sympathetic feelings towards the lower classes. (Nursi S, 1996) Moreover, by the obligatory of zakat and prohibition of interest, the big financial gap between classes will get close to each other. There will not be extremely rich and poor but middle class.

History has witnessed that many conflicts and struggles have emerged because of economic inequality proven by Magna Carta, Soviet Revolution, French Revolution, and American Revolution. In order to handle with this problem, many theories have been produced such as Liberalism, and Socialism. Both theories, rather than finding a solution for wealth gap, just increased the economic inequalities between classes. Islamic religion however, offers two solutions that were successful in the Age of Bliss of the Prophet Muhammad (PBUH), the caliphs, Umayyads, Abbasids and Ottoman State: obligatory of zakat and prohibition of interest.