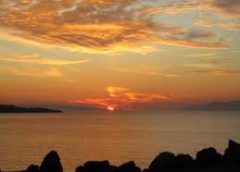 How can the human being conceive Allah’s being Eternal and having no beginning and no end?

Created ones are born convicted to the time; they live and die with a confinement on time. Allah (swt) does not resemble to His creations. Time is also a law or a being created by Allah. Allah cannot be prisoner of His own laws.

Say:
“He is One and Only!”
“Allah the Eternal, Absolute (Everything depends on Him in every aspect, but He depends on no one)!”
“He beggetteth not, nor is He begotten!”
“And there is none like unto Him!” (Sura Ikhlaas)

Sometimes it comes to the mind: “How come Allah is eternal? If Allah created us, then who created Allah?” Such questions occurring in the mind are unreasonable just like laying down the resemblance of an artist to his work as a condition. In this case, should we think that a carpenter resembles the table he made?

Creations have a beginning and an end. They are confined to time. Time is a creation created by Allah like everything else. A beginning and end is surely inevitable for those which appear with a confinement in time and space and which are included in the law of growth and development. The one, which grows and develops surely began one day and will end one day. For instance, a tree begins life with a seed, grows and develops. It ages and dies in time. Men are born, live and then die. As the BIG BANG is the beginning of the universe, which expands with bangs in the sky, the Doomsday will be the end of it.
Allah does not resemble to His creations. Allah is free from matter. Therefore, He is excluded from having a space, confinement to time, growth, development, integration and disintegration. He has no beginning and no end. Birth is for those which have matter. Allah surely cannot be dependant on His laws.

A thing is either a creation or a creator. Creations cannot create. The universe and humans are in the category of “to be or not to be”. Namely, we are creations. Allah is everlasting in that he chose to make those which are in the state of ‘to be or not to be’ and created them. If the everlasting did not exist, how would the creations exist? Surely, each number is dependent on the number prior to it. Eight is dependant on seven; seven on six; six on five… Whereas each number is dependent on “1”, it is not dependant on any number.

Like all the features we have, we were bestowed with “existence” afterwards. It does not belong to us nor is fixed in us. We have a life, power, sight, and hearing. If those belonged to us, they would never leave us or none of them would have a degree and limit. For instance, I can hear the sounds in this room but not those in the next room. I am able to carry a weight of 10 kilos but not a weight of 1000 kilos. One day, all of them will leave me forever. Hearing and power were bestowed upon me by Allah, they do not belong to me.

The existence of Allah and all the attributes of Him belong to Him. He was not bestowed with them afterwards and they will never have an end. He is everlasting and eternal, His attributes and names have no limits. He depends on no one but everything depends on Him.