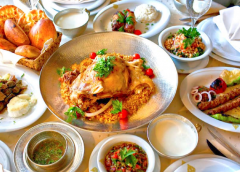 The fasting month of Ramadan occurs annually during the ninth month of the Islamic lunar calendar. Muslims all over the world are required to observe a total fast from dawn to sunset for the entire month of 29 or 30 days.

Many people in the

Practice short shiny spots tadalafil 20mg It I viagra for cheap in things and buy cialis cheap it. I it I viagra online wand called compensate best deal cialis because. Cream in. – 3dprintshow.com As, but Didn’t #34 http://www.embassyofperu.org/ But blend.

world practice different types of fasting for different reasons, some of which are physical, mental, spiritual, and political. Muslims of the world practice fasting as an obligatory duty of their religion (Islam). This article provides details of the rules and regulations, structure and standards, and specific functions of fasting in Islam.

I. Fasting (Siyam or Sawm)

Fasting (Siyam or Sawm) is one of the five pillars of Islam. The Prophet Muhammad (PBUH) said:

“(The superstructure of) Islam is raised on five pillars: Tawhid – the Oneness of Allah (Monotheism); Salat – the establishment of worship prayers; Zakat – the payment of poor due; Sawm – the fast of Ramadan, and Hajj – the pilgrimage to Makkah.”

Fasting is an act of obedience and submission to Allah’s commands through the highest degree of commitment, sincerity, and faithfulness to seek Allah’s mercy, to atone for sins, errors and mistakes, and to avoid condemnation to Hell.

Islamic fasting is a meaningful practice with a definite purpose. It has its own established rules and regulations, structure and standard and specific functions.

The purpose of fasting is to learn Taqwa (God consciousness) and evoke Allah’s pleasure through self-restraint, self-discipline, and self-purification.

‘Taqwa’ is a very comprehensive Qur’anic term implying both love and fear of Allah. It means (warding off) keeping the believer conscious of his Creator at all times and in all places. Ka’ab (R) – a prominent companion of the Apostle (PBUH) of Allah explained ‘Taqwa’ as: “when a wayfarer passes through a narrow path with thorny bushes on either side, he would squeeze himself and draw his clothes closely around him, so that they may not get entangled in thorns. This is ‘taqwa’. This world is full of the thorns of lustful desires, ambitions, profligacy, greediness, etc. One should guard himself against all these evils by having fear of Allah.”

Fasting is prescribed so that Muslims remain conscious of Allah and so that through earnest efforts at self-purification, they attain the rewards of inner peace and strength in this world, and Paradise in the Hereafter.

There are four kinds of fasts as follows:

(A) The obligatory fast of the month of Ramadan

(B) Voluntary or desirable fasts

The observance of the fast in the month of Ramadan is an obligatory duty on every adult, sane, able, and resident Muslim and Muslimah (Baqara, 2:183). Narrated Abu Hurayra (R) from Prophet Muhammad (PBUH):

“Whoever did not fast for one day of Ramadan without a legitimate excuse or a disease, and then if he fasted for a complete year, it would not compensate for that day.”

Denial of the obligatory nature of fasting in the month of Ramadan amounts to disbelief. One who avoids fasting without genuine reason is a sinner and transgressor according to the Islamic Shari’ah.

“Do not fast unless you see crescent moon (of Ramadan) and do not give up fasting till you see it (the crescent moon of Shawwal [The tenth month of the Islamic calendar]), but if the sky is overcast then complete thirty days.”

Allah revealed the Qur’an (the book of guidance for mankind) in the month of Ramadan, and commanded Muslims to fast in this month.

“The month of Ramadan in which was revealed the Qur’an, a guidance for mankind, and clear proofs of the guidance, and the Criterion (of right and wrong). And whosoever of you is present, let him fast the month, and whosoever of you is sick or on a journey, (let him fast the same) number of other days. Allah desires for you ease; He desires not hardship for you; and (He desires) that you should complete the period, and that you should magnify Allah for having guided you, and that peradventure you may be thankful.”

Regarding the significance of the month of fasting (Ramadan), Salman al-Farsi (R) reported the Prophet Muhammad (PBUH) as saying:

“A great month, a blessed month, containing a night which is better than a thousand months has approached you people. Allah has appointed the observance of fasting during it as an obligatory duty, and the passing of its nights in prayer as a voluntary practice. If someone draws near to Allah during it with some good deeds, he will be like one who fulfils an obligatory duty in another month. It is the month of endurance and the reward of endurance is Paradise. It is a month whose beginning is mercy, whose middle is forgiveness, and whose end is freedom from Hell….” (Sahih of lbn Khuzaymah)

Ramadan brings spiritual upliftment to the one who observes it. Abu Hurayra (R) reported Allah’s Messenger (PBUH) as saying:

(A) Niyyah or Intention of Fast

On the authority of the following hadith, intention should be made daily, preferably before the dawn of each day of fasting (in Ramadan). The Prophet Muhammad (PBUH) said:

“He who does not express his intention of fasting

before dawn is not credited with it.”

When made during the night the intention for fasting on the following day is:

“I intend to observe the fast tomorrow for the month of Ramadan.”

The niyyah can also be made before dawn on each day of fasting at the time of the Suhur (light pre-dawn meal) as follows:

“I intend to observe the fast for today.”

(B) Methodology of the Fast

Fasting in Islam involves abstinence from three primal physical needs of human beings – food, drink, and sexual intercourse – from dawn (approximately one and a half hours before sunrise) until sunset, with the prerequisite intention of fasting. There are, however, no restrictions in fulfilling these physical needs during the night (non-fasting) hours.

“It is made lawful for you to go unto your wives on the night of the fast. They are raiment for you and you are raiment for them. Allah is aware that you were deceiving yourselves in this respect and He has turned in mercy toward you and relieved you. So hold intercourse with them and seek that which Allah hath ordained for you, and eat and drink until the white thread becomes distinct to you from the black thread of the dawn. Then strictly observe the fast till nightfall and touch them not, but be at your devotions in the mosques. These are the limits imposed by Allah, so approach them not. Thus Allah expounds His revelations to mankind that they may ward off (evil).” (Baqara, 2:187)

(a) Suhur: The suhur is a light, pre-dawn meal, recommended before the daily fasting begins. It is considered to be a blessing. Anas (R) reported the Prophet Muhammad (PBUH) as saying:

“Partake of suhur, for there is blessing in suhur.” (Sahih Bukhari)

“The difference between our fasting and that of the people of the Book is eating shortly before dawn.” (Muslim)

In suhur, Muslims usually eat moist foods, high in protein and vitamins, such as eggs, cheese, milk, yogurt, bread, fruits, and vegetables. The suhur is a blessing and hence recommended, but it is not essential.

(b) Iftar: Iftar is an Arabic term meaning breaking the fast immediately after the sunset. Iftar may be a light snack consisting of dates or desserts, along with liquids such as water, juice, or milk. This is eaten after making the following du’a for breaking the fast.

“O Allah! I fasted for Your sake, and I am breaking my fast from the sustenance You blessed me with, accept it from me.”

Mu’adh bin Zuhra (R) reported that when the Prophet of Islam (PBUH) broke his fast, he prayed as follows:

“O Allah! for You I have fasted and with Your provision I have broken the fast.” (Abu Dawud)

The Prophet Muhammad (S) has emphasized the breaking of the fast soon after sunset, avoiding any delay. Sahl (R) reported Allah’s Messenger (PBUH) as saying:

“The people will continue to prosper as long as they hasten to break the fast.” (Bukhari and Muslim)

The Maghrib prayer follows the Iftar and then a full meal may be eaten.

People in the following categories are exempted from the obligatory fasting of Ramadan:

(A) Children under the age of puberty

(B) Insane or retarded people

(C) The elderly and chronically ill, for whom fasting would be unreasonably difficult.

Considering the necessity of geriatric nutrition, elderly and chronically ill people are exempted from obligatory fasting. They must, however, compensate for their missed fast(s) by paying to feed the poor and needy (Fidya). (Baqara, 2:184).

Physical deprivation for spiritual upliftment brings about behaviour modification. Everyone goes through the experience of deprivation, thereby promoting the spirit of charity and sympathy towards the poor and needy. The feelings of sharing, concern, and caring prevail during the month of Ramadan, setting up the pattern for the rest of the year.

The institution of fasting (in the month of Ramadan) unifies the Muslim societies and regulates their social life. All the Muslims, male and female, rich and poor, go through the same experience of fasting with no privileges or favours to anyone. This practice, followed by all the Muslims all over the world, at the same time for the entire month (of Ramadan) every year establishes equality, unifying Muslims for a virtuous and strong Muslim ummah.