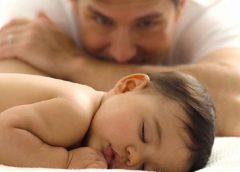 The Concept of the Family

The definition of the family that we adhere to is the one of which the concept was unanimously adopted at the conference of Doha by experts, representatives of the three religions, and specialized sociologists and psychologists: i.e., as a marriage-based institution uniting man and woman, and their children, with the kinship and taboo relations it entails and which involves grandfathers and uncles on both the mother’s and the father’s side.

It is this latter institution that was scientifically proven and established as constituting the natural space for a sound and upright upbringing for human beings around the world. It fashions the child’s human identity, provides the sense of belonging and sets the standards for social control, such as the social limits, responsibilities, relationships and values governing the concepts of fatherhood, motherhood, and filiation as well as the corresponding mutual values, rights, and duties preparing the individual to undertake a life journey with a balanced self.

I – The centrality of family for the balance, mental & psychological equilibrium of the human being

Within the human cognitive system, the family constitutes the nucleus for a balanced upbringing; a family space made up of a mother and a father united by marriage offers its members a bigger and stronger chance for emotional gratification. It is also the only institution predisposed for assuming the duty of human care both at the material and moral levels.

The family is the first space to play a big role in inculcating the right behavior to the children, and in adjusting the behavior of its members in accordance with new dispositions.

II – The Role of Family in Arab-Maghreb Countries in Alleviating the Social Care Deficit of the State: the Case of Morocco

The economic situation of the Arab Maghreb countries, by virtue of belonging to third world countries or what are called developing countries, is subject to the financial policies of international institutions based on loans with unreasonable interest rates, which transformed these countries from welfare to fiscal states. Under such conditions, the state abandons social care gradually and without choice on its part, and finds itself unable to deal with a number of problems in highly important sectors, such as education, health, the fight against poverty and vulnerability. In such a context, the roles of the family multiply and its capacity to compensate for this deficit is enhanced, especially given the weakness of civil society and the reduction of its services’ network.

If we take Morocco as an example, we will be able to trace the role that the family, particularly woman as an essential component in it, plays in satisfying the needs and filling the gaps left by the state.

The extended family used to have several roles that had never been the subject of any form of stastics or even taken into consideration since they were taken for granted within the established extended system which naturally incorporated the nuclear family. However, with the mutations that society and family have witnessed, the nuclear family has become more widespread and, under the pressure of birth control programs, its size has shrunk even further. As studies show, the roles that the latter plays and is likely to play under globalization and the economic crisis cover three sensitive domains:

1 – Care for the elderly

2 – Health care for the sick, including psychiatric and AIDS patients.

3 – The fight against poverty and unemployment

Concerning care for the elderly, a recent study considered the first in its kind in Morocco has revealed that contemporary life does not meet the needs of the elderly, in that the absence of special facilities makes more than 60% suffer from loneliness and manifestations of depression. The same study shows that 77.5% of the country’s elderly population receives financial assistance from their relatives, especially their children, the greater portion of which, the study specifies, coming from the daughters. This same population, i.e., 77.5% benefiting from family assistance, will face more problems in the future due to the reversal of the base of the Moroccan population pyramid which is threatened by the factors of aging and birth control. Hence, the birth rate has declined by 70%, that is from 8 to 2 or 4, in the span of 25 years, which portends a decrease in the number of people capable of absorbing the problem of the elderly because of the spread of the values of individualism and of the nuclear family model. In addition to the decline of the number of family members capable of ensuring complementarity and alleviating the physical and psychological burden, the absorption of the problem of the elderly in Morocco used to rest on the shoulders of women who were then confined to the home. Today, however, when most women work outside home, they themselves suffer from an accumulation of roles because of the persistence of narrow-mindedness and patterns of vertical relations where the woman performs the same traditional roles unassisted by the man despite playing the same kind of roles outside.

The same study has revealed that the social welfare institutions hardly play a role as 62% of women and 55% of men with health problems do not benefit from health care, while 86.7% of the elderly do not have health insurance.

Likewise, the retirement system is very weak, as it covers only 16% of Moroccans over 60, of which only 3% are women. The rate of illiteracy among the elderly exceeds 83% (who can neither read nor write), of which 52% are women.

These figures reveal the heavy burden that the family has to assume, since one or two successful family members, generally from the middle class, have to assume responsibility for the livelihood, housing, and medical care of the elderly and the unemployed. Several diseases have recently appeared as a result of psychological pressure and the distance growing to the point of impossibility between the consumer worlds and luxuries displayed by the media and the magnitude of social misery and the failure of integration and dream fulfilment. The Moroccan Ministry of Health has announced that the proportion of psychiatric patients reached 40,000 last year at the rate of 1/3. A large portion of such a burden is carried by the woman by virtue of her sensitivity and innate sense of responsibility.

2) The role of family in caring for the diseased, especially the psychiatric and AIDS patients

The family plays the role of the State in terms of patient care, a fact which can be deduced from the statistics announced by the Ministry of Health, in that Morocco has reduced the number of doctors to less than one doctor per 1000 people, that 20.4% of women die because of lack of diagnosis and treatment of pre or post natal diseases.

These statistics and the hospital conditions reveal that institutional health care is very weak and that only the family carries out this role relying on its own efforts and the diligence of women who take care of the family and work to raise the basic and additional material resources to resolve the outstanding issues without any social welfare or rights. With the economic crisis and globalization which led to the layoff of a large number of workers, the obligations and areas of poverty and misery that the family, and the woman in particular, has to bear widen in scope.

According to the sociological definition, the family is not only the basic unit for the protection and upbringing of the human being, it has also become an essential refuge and a haven for both people and the state to solve the social and economic crisis that the modern man is facing.

For these reasons, we have a series of proposals to enable the family to play the roles assigned to it with some relative ease and in an atmosphere of dignity, justice, and acceptance:

1) Directing small economies towards supporting and financing family projects at 0% interest rate or at less than 1% to enable them to deal with the problems they are facing because of the economic globalization and the widespread unemployment, following the post-World War model Germany adopted to overcome the crisis.

2) The establishment of a social policy that would protect the family from deviation and achieve greater family cohesion.

3) Dissemination of a culture of partnership and complementarity of roles through information programmes, and educational and legal texts.

4) Involving the men in the family housework, especially in the children’s education.

6) Ensuring equal opportunities for men and women in sharing political responsibilities to ensure a better management of local affairs for a better social environment, which the men engaged in local politics, in all cultures, have, over the centuries, excluded from their interests.