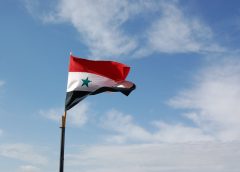 “Deadlock” is the best word describing the current situation in Syria. Syrians do not hope for help either from Russia with which they’ve made millions of dollars of armament contracts or their strategic ally Iran or America; with all of their attention they look to Turkey, they are waiting for the news coming from Ankara.

A young man from Latakia that I’ve met just yesterday was complaining, “Nobody but Turkey can solve this problem. But we gave up on you. The fifteen day-period that was given to Assad after his meeting with your foreign minister Davutoğlu was the dead sentence of the Syrians. I am trying to preserve my good-will!” While he was uttering these words Latakia was under bombardment from air and land.

International Crisis Group defined the policies of Assad as “Slow-motion Suicide”. Syrian government carrying out Sectarian and ethnic manipulations, malicious propagandas and all sort of torture and violence through organized bandits has no ground to stand on. Sooner or later this regime loosing its legitimacy will fall either with blood or peace.

The death toll after the operations started in Dar’a and continued in Hama, Hims, Deir ez-Zorand and Latakia in Ramadan passed 2000. 100 of them are children. There are thousands of losts, casualties and victims.

It seems that for Turkey it is the end of intentional, good-willed slow steps. Despite Turkey’s patient diplomatic efforts, the hopes and expectations of the Syrians from Turkey decreased a lot. We take such news as “There are no more Turkish flags in the protests”.

Global powers have only one plan over the territory: weakening Turkey’s position in the region. They even partly achieved this. Not even the plane of Davutoğlu landed in Damascus, the mischievous propagandas have started, they’ve tried to describe Turkey’s efforts as a fulfillment of America’s will, and they’ve tried to cut it off at the pass. As Turkey’s authority and influence over the Syria are well known, and as they think that if they can decrease these, the dream of “regional power and leadership” would end, they sage this mischievous plot. They are trying to warn Syria through Turkey.

In the simplest terms, any sanction further than recalling the ambassador and deporting the ambassador in the country will affect the peoples as well as the regimes. As the sanctions get harsher, similar tragedies to the ones in Iraq, Afghanistan even Somalia will be experienced in Syria. And Turkey’s reputation which has started an integration process with Syria to that extend to be able to assemble a joint council of ministers, starting the “Shamgen Project” will be destroyed in the streets of Syria because of not being able to prevent these happening in the region.  This will upturn all the stones in the region. The current situation like an equation with multiple variables will turn into a problem impossible to deal with.  While Turkey has to deal with tens of thousands of refugees in its borders, it will have martyrs coming up each day! Turkey will take harsh measures. A state of emergency and atmosphere of war will reign over the region. Iran will use PKK card, Russia will open gas card and Syria will call the terror card. The powers involved in the region will intervene and force Syria to make a new journey in a tunnel without an end and full of traps! There will be such a chaos that it will be darker then the most somber nights.

Muslim countries have not taken any step to prevent this disaster scenario. Organization of Islamic Cooperation (OIC) has stated that it is ready to play a role in resolution of Syrian crisis. All the pressure that can be put on Assad’s regime, sanctions which will not pose any or the least threat to the Syrians should be applied as soon as possible. Maintaining the transition of the current regime which has no legitimacy inside the country to a government embracing all the sectors is the most desired and ideal solution to the crisis. Majority of the Syrians do not want military intervention which will be an unrealistic adventure which will lead country to an unknown future. With Libya as the most recent one, the result of the previous unsuccessful examples is self-explanatory. Indeed, those are what encourage Assad and his supporters. It seems Syria has taken some guarantees from the negotiations behind closed doors that it continues to oppress its people atrociously not caring Turkey and other countries with similar efforts. The disorganized Syrian opposition, the reluctantly pro-regime military and civils without a stronghold to take shelter are other elements whetting Assad’s appetite.

Unfortunately, dark days approach for Syria. Muslim Countries, particularly Turkey, Iran and Saudi Arabia can prevent “the global plan” and give an end to Nusayri Baath oppression if they can apply enough pressure to Assad regime instead of reckoning with each other over Syria.

One thought on “End of the Tunnel in Syria…”