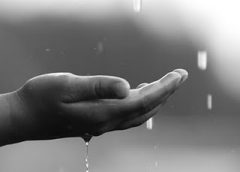 The blessed three months, Rajab, Sha’ban and Ramadan- which are the months of Prophet Muhammad (PBUH), Allah (SWT) and the Muslim Ummah respectively- are the times the individuals and the society get the utmost benefit as a result of spiritual and behavioural change. In Ramadan, for instance, which is one of the most brilliant and splendid marks of Islam, Muslims obey the Divine command and fast for 30 days. Muslims as a whole nation proclaim worship before Divine dominicality and Divine unity. Muslims declare the real Owner of the foods, drinks and everything to the humanity on this table of Earth. This, as a result, increases the faith and brotherhood of Muslims as a great honourable community.

Just as Ramadan and fasting have got wisdoms and benefits for every Muslim individually, the public has got their share from those wisdoms and profits as well. Riches’ realizing the conditions of the poor as a result of a-whole-day hunger; improving brotherhood bonds with the taraweeh prayers and khatam groups in mosques; the good mood in the society with relation to the change in individuals are a few of them. The blessed Ramadan is the time when an entire society gets utmost goodness and benefits.

There are various classes of people in the societies. Some make their living easily while some others can hardly earn their life. There are many poor and needy people who look for the assistance of the ones who are richer than them.

Many, other than the poor, do not know what hunger is though the only way to understand the miserable situation of the poor is the hunger. Moreover, since they have got anything they need, they do not even feel hungry most of the times. Even if they want to help the poor, and indeed they do so to some extent, it is not at a level of full devotion and benevolence.

Only the fasting in Ramadan makes them understand and feel the pitiable situation of the poor and needy. Then they run for the help and assistance of them. In this way, the poor and needy see the assistance and solidarity of their rich Muslim brothers. This improves the brotherhood in the society.

Taraweehs and Qur’an khatams have societal benefits, too, which are done as jemaah in masjids, mosques and madrasas. Teraweehs are performed altogether with the participation of a wide range of people from small kids to grandfathers, poor to rich, craftsman to official. People from every walk of life come to masjids and join the jemaah, and strengthen their iman. This is a unique atmosphere Muslims have got during one month every year which helps them to improve a society of spirituality, unity, solidarity and devotion to the Creator.

Qur’an khatams, on the other hand, are done every day and night for Ramadan is the month the Qur’an was revealed. Muslims greet the Qur’an by recitations as if it is revealed newly.

Good deeds increase in Ramadan while the sins decrease. Muslims know that this month is different. They try to correct their mistakes, and improve their moral. Even the ones who do not practice religion so much try to be away from the sinful deeds. As they fast or at least do not eat and drink, they abstain from drinking alcohol and using bad words, for instance. These efforts of individual affect the whole society. And as a result of all these the society changes and leads a better way during the month. This is something incredible.

More great yet is the day of eid at the end of Ramadan, where hundreds of millions of Muslims run to the mosques, turn their faces to the One Creator and declare their servitude with one voice.