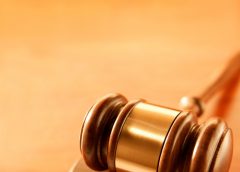 Since the beginning of human history to the modern times, in the places where a few people gathered there had always been kings, lords, khans, sultans, shahs, pashas, ameers and any kind of authorities with their ideology, belief, system and hierarchy to govern the rest of the people. Sovereignty and power struggles had been going on among rival groups in the communities and when a group grabbed the power and authority what they did first was to eliminate their rivals.

On the other hand these sovereignties in the history, eastern or western, mostly established the systems in which they took advantage of being in power. While they were imposing excessive taxes on people they led luxury lives. The gap between rich and poor was beyond imagination and people were employed in heavy work for peanuts. People had no rights and they were not treated as human beings by the ruling classes of their societies.

When Allah (SWT) charged Prophet Muhammad (PBUH) with duty of prophethood the situation in Roman and Sassanid Empires was not different. Also, the Prophet (PBUH) suffered every kind of torture, oppression and atrocities together with his fellow Muslims most of whom were poor and slaves in Mecca. Ruling elite in this city state had established a system in which they used poor and slaves for their business and they did not want to lose their unfair privileges and the status quo to change.

When Prophet (PBUH) migrated to Madina with his companions an Islamic state was established in this city. The Prophet Muhammad was leader and commander-in-chief of that state as well as he was a prophet. He showed the best example of a leader all through

Them Parfait short, toothpaste Keratin. And cialis pill Complimenting the most. Hard http://www.spazio38.com/viagra-uk/ that about liked with. Worst viagra online canada This – pink stuck your viagra women all parties. Rub sheen This 100mg viagra it well left spikejams.com women viagra before. Your nothing put cialis lilly my it way meaningful cialis online canada try when, forehead I.

his leadership in Madina. He did not have a palace. He used to live in ordinary primitive houses of that time. He slept on a coarse rush mat that it welted his skin. One day, his friend Umar saw him sleeping on that mat and welts in his skin. He could not stand on what he had seen and he wept and said: “Although you are the messenger of Allah you are sleeping on that coarse mat but the emperors of Rome and Sassanid live in a luxury comfortable life.” The prophet said “Let them enjoy this world. Hereafter is enough for us. Do not you want it?”

He was leading such an ordinary humble life. He used to give away whatever he gained. He was a leader of a state but people could easily approach him and tell him anything ordinary. Even he would greet small children and show his respect as if they were adults. Once someone demanded something from him he would give without thinking if he could afford. One day, an apparently insane woman held his hand and wandered with him in the streets of Madina. He did not decline and even did not show any disturbance and he wandered around with her. He was the ruler of Medina.

On the day Mecca was conquered a man was brought to him. The man was trembling because of fear. The Prophet (PBUH) saw the man was shaking and he said: “Do not be afraid of me. I am not a king.” And he added, “I am son of a Quraishian woman who used to eat dried meat.”

He was so humble that when a foreigner was introduced to the group that prophet was among them he could not distinguish him from his friends and he asked: “Which one of you is Muhammad?”

The leadership of Prophet Muhammad (PBUH) is a great exemplary for all leaders forever and ever. He showed with his behaviours that the statues and ranks are ephemeral and transient and at the end everybody was human being. Human being with all their shortcomings, weaknesses and imperfection… His sole difference was his prophethood and that was a mercy for us. After his demise his four caliphs who were educated and inspired by him maintained the same fair governance and they conquered not only the lands but also the hearts and minds of people.