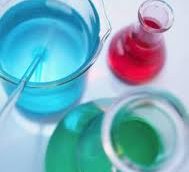 Are there any examples in the Qur’an concerning modern science and technology?

Are modern science and technology compatible with the Glorious Qur’an ?

Besides Qur’an’s being a worship book, it also sheds light on the whole scientific and technological developments. All the branches of science take place as seeds in the Qur’an ; from the bottoms of the ocean to the depths of space, from the creation of the universe to the latest inventions, from the embryo in the mother’s womb to the lives of the bees, from the hardest problems of physics to natural science.

Well, then why does the Qur’an not mention branches of science clearly but still alludes to them?

It has two main reasons:

First of all; the Holy Qur’an is not meant to be a science book, it is a book of worship. For example; the Qur’an does not mention the sun in order to inform of its scientific facts; but to inform the people of the omnipotence of its Creator, Allah.
As the Qur’an is a book of worship, It addresses each level of mankind and all levels of understanding. If the Qur’an only mentioned the scientific subjects elaborately, It would be a scientific book just addressing the scientists and the people having less scientific knowledge would not benefit from the Qur’an as they wish, that’s why the Qur’an would pertain only to a certain group of people.
So, in order not to deprive anybody of understanding, the Qur’an refers to science and technology indirectly in some verses, while mentioning clearly in others.

Here are a few branches that the Qur’an informed mankind by implication 15 centuries ago as the modern science discovered and progressed recently:

“He is the Knower of the Unseen, Whom not an atom’s weight eludes, either in the heavens or in the earth; nor is there anything smaller or larger than that which is not in a Clear Book. (Saba, 3)

“Not even an atom’s weight eludes your Lord, either on earth or in heaven. Nor is there anything smaller than that, or larger, which is not in a Clear Book. “(Yûnus, 61)

In these verses, the Qur’an acquainted mankind with the fact of “subatomic particles” (atom, which was previously regarded as indestructible and indivisible, can be split into smaller particles called “subatomic particles” known as “quarks”.) This fact has just emerged in the last century’s scientific research whereas it was revealed in the Qur’an 15 centuries ago. (The expression “ذره” mentioned in the ayah carries the meaning “dust, atom”.)

In this verse, the Qur’an mentions the stages of the creation in the uterus respectively with the expressions “علقه” (clot, clinging to the uterus), “مضغه” (little lump of flesh), “اعظام” (bones), “لحم” (flesh).

By virtue of the 20th century’s technology’s advanced microscopes and the micro cameras implanted into the mother’s womb, it is proved that the stages of embryo development are just the same as described in the Glorious Qur’an . And also proved that the bones and muscles in an embryo don’t develop at the same time as embryologists assumed until very recently, but the bones develop first, and then the muscles form and wrap around them as stated in the Qur’an .

This fact, which modern science was unaware of until quite recently, was stated in the Qur’an 15 centuries ago.

“There comes forth from their (the bees’) bellies, a drink of varying colour wherein is healing for men. Verily, in this is indeed a sign for people who think.” (An-Nahl, 69)

Scientific studies on honey started in the 19th century for the first time under the banner of Maktab-i Tıbbiya-i Shahane and as a result of previous years’ clinical observations it has emerged that honey has antibacterial and anti-inflammatory properties. Furthermore, honey is composed of sugars like glucose, fructose; minerals like magnesium, potassium, calcium, sodium chlorine, sulphur, iron and phosphate. It contains vitamins B1, B2, C, B6, B5 and B3. Copper, iodine, zinc are also present in small quantities in honey.

With the verse; “…wherein is healing for men…” Qur’an stated the scientific properties of “honey”, which is used in the medicine industry, by implication 15 centuries ago.

“And Sulaiman (Solomon) inherited (the knowledge of) Dawud (David). He said: “O mankind! We have been taught the language of birds…” (An-Naml, 16)

“Till, when they came to the valley of the ants, one of the ants said: “O ants! Enter your dwellings, lest Sulaiman (Solomon) and his hosts crush you, while they perceive not.” (An-Naml, 18)

In these verses, the Qur’an indicates that the voices of the animals aren’t pointless and they communicate with each other.

Initially in 1968, scientists observed that; birds, ants, whales and many other species of animal communicate with each other among their species.

Today, by means of voice computers and sound spectrographs (a device that analyses the sound signals and measure the frequency and intensity of the sound) it is emerged that animals use various signals.

For instance, the languages of the whales are separated into 50 categories regarding the properties of the tone of voice. According to this; along with the common language they use, they can also communicate through various acoustic signals special for each school.

The Qur’an announced these scientific facts 15 centuries ago; while the modern science has recently reached through the advanced technology.

Allah is He Who created seven heavens, and of the earth the like of them (At-Talak, 12)

With this verse, the Qur’an emphasizes that the earth consists of layers as the sky does.

Foundations of the modern geology were laid in the 16th century for the first time. As a result of the advanced technological studies, it is emerged that the earth consists of “seven layers” such as lithosphere (water), lithosphere (land), asthenosphere, upper mantle, inner mantle, outer core, inner core. And the scientists discovered that life on the earth is just possible with the earth layers’ creation in that way.

These scientific facts, emerged in the 17th century, were announced in the Glorious Qur’an 15 centuries ago.

“We sent down iron, wherein is mighty power and (many) benefits for mankind…” (Al-Hadid, 25)

The Qur’an states “iron” which is the raw material of the industry and implies with the expression “انزلنا” (sent down) that iron was sent down from the sky.

The research of the 20th century revealed that the iron on earth has come from the giant stars in outer space. Furthermore, the expression “حديد” (hadid: iron) equals to 26 according to the abjad calculation.(a kind of calculation method in Arabic Script that calculates the numerecal equivalent per each letter.)This number is the same as its atom number in the periodic table.
Qur’an and Astronomy

“It is He Who created the night and the day and the sun and the moon. They float, each in an orbit.” (Al-Anbiya, 33)

Qur’an implies that each celestial body has a specific path (called orbit) and also implies that they rotate around their axes as well as their own orbits.

For centuries, it had been assumed that the earth stayed immovable in the centre of the universe. However; by the technological advances in the 17th century, it was discovered that the earth doesn’t rotate around only on its own axes but it also rotates around the sun. And besides it has emerged that whole celestial bodies have specific paths and orbits.

As well as the Qur’an ’s revealing all of these scientific facts 15 centuries ago have been discovered centuries later by the scientists; the whole facts that will be explored in the future take place in the Qur’an , too.