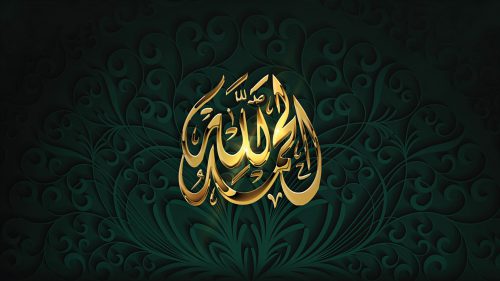 By saying and believing this, he entrusts all things to the hand of Allah’s Power (subhanahu wa taala). And he comes to know the manifestations of mercy within all things. His thankfulness contains mere faith and pure Divine unity.

The tremendously beautiful and decorated forms and the singularly pure smells and very pleasant tastes of the blessings that come in the form of provision, are inviters of thankfulness. They call living creatures to have yearning and drive them toward a type of approval and respect, and finally push them to thankfulness.

Necessarily, humans, as the “conscious” beings on the earth, are attracted by these blessings and they pay attention and carefully scrutinise types of provisions and their qualities of beauty, sweetness, and attractiveness. Then a desire to appreciate, to respect, and to thank awakens in them. Actually all these blessings guide humans to show gratitude in word and action.

However, due to heedlessness or misguidance, humans often harm that natural innate thankfulness, thus losing the high degree of thankful servanthood to the Creator.

Human’s means of rising to ‘the best of forms‘ (aḥsani taqwīm), the loftiest of stations, is thankfulness. If there is no thankfulness, he tumbles down to ‘the lowest of the low’ (asfala’s-sāfilīn), and will have committed a terrible wrongdoing.

If a person does not give his due thanks, temporary pleasure of a provision or blessing will leave him in pain and regret when it disappears. Without thankfulness, provision metamorphoses from the most beautiful forms to the ugliest. This is because, from a heedless perspective, provision is in the end bound to turn into waste after having given temporary pleasure.

Were a person to eat a delicious blessing, and then give his due thanks for it, by means of this thankfulness, that blessing would become a light of the Hereafter and a fruit of Paradise.

By means of thankfulness, temporary provisions yield continuous pleasures and ever-abiding fruits when one gives thanks for them.

By means of thankfulness, one experiences the loftiest and sweetest pleasures and tastes.

By means of thankfulness, delicious provisions and blessings – despite their short and temporary nature in this world – cause one to win the care of the Merciful which carries a continuous, true and unlimited pleasure and taste.

In other words, by means of thankfulness, provisions and blessings drive human to reflect upon the limitless pleasure-bearing instances of care of the Generous, and causes one to taste – in a spiritual sense – the ever-abiding pleasure of Paradise even in this world.

In short, Allah calls humans to thankfulness in the Qur’an repeatedly:

We understand from these verses that the most important thing that our Merciful Creator requires of His servants is thankfulness.

And Allah shows that being unthankful is a form of denial and refutation of Divine blessings; He severely threatens with the verse “Which of your Lord’s bounties will you then deny?” (ar-Raḥmān, 55:13).

So we have the reason to be thankful.

May Allah make us to be from amongst the thankful, and help us following the Master of the Thankful and the Praiseful, Muhammad (alayhissalatu wassalam).