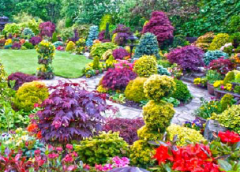 Death; with the common meaning “the cessation of life.” Grief, sadness, sorrow are what is left for the ones stay behind. As for the person who dies he is either in peace or turmoil but wished to be in the first one.

What do we do when we hear a loved close friend of us has just passed away? We get surprised. We don’t want to believe this idea. That first reaction most probably would be “Really? Are you serious? How and When?” These questions indicate that this news affect us in the deepest way. There are two reasons of this effect. Either the fear of death or the love of death…

The fact that death affects us is because it is unexpected. Indeed it is expected (we know it will come one day) but it is just unwanted and neglected or ignored. Because we think that we will die when we get older. We don’t even think about it or simply we are reluctant to remember it. The reason we are reluctant to remember it is because we fear it. But death doesn’t say “Hey I come to get you but I see you are so young so forget about it.” It comes and when it comes, you have no choice other than going. As the Holy Qur’an also says:

“Every soul will taste of death.” (Surah Al-I Imran, 185) But We ignore death just because we want to live this life eternally. We don’t want to die, because we love to live. It is again the love of life. That’s why we ignore death to enjoy life much better. So basicly we don’t want to face the truth that we will die one day and get prepared for it, instead; we try to entertain ourselves and pass the time by ignoring it. And this is what is called “the heedlessness.” Bediuzzaman defines death from the view of a heedless one as the following:

“At one time I was on the top of a high mountain. Through a spiritual awakening powerful enough to dispel my heedlessness, death and the grave appeared to me in all their stark reality, and transience and ephemerality with all their painful representations. Like everyone’s, my innate desire for immortality surged up and rebelled against death. The fellow-feeling and compassion in my nature, too, revolted against the annihilation of the people of perfection, the famous prophets, the saints, and the purified ones, for whom I feel great love and attachment; it boiled up angrily against the grave. I looked in the six directions, seeking help, but I found no solace, no assistance. For looking to the past, I saw a vast graveyard; and to the future, darkness; and above I saw horror; and to the right and left, grievous situations and the assaults of numberless harmful things.”

And then when death comes all of a sudden, it makes a big and deep impact in our life, because we didn’t prepare ourselves for death. A person who is not prepared for death sees it as something terrible, as something that will make him leave all his loved ones, as something dark and evil as they think if you die you will go “nowhere.” So you will be soil or you will get stuck in the middle of nowhere. Though the truth is the reverse. Death is, in true meaning, is to start living eternally with all the best.

So, the second reason death affect us is the love of death. You may ask “Why does one love death?” But, yes. We love death. On condition that you know your responsibilities towards your Lord and act accordingly; death is a window for a new life… A window for a garden…The hereafter… The Paradise… Death is not an execution, it is not fading away, and it is not getting lost in the darkness. It is a discharge from the duties. Honorable people like

Mawlana Jalaladdin Rumi, Bediuzzaman, Imam Ghazali love death since they understood the true meaning of Death. One of them says: “My death night is actually my wedding night. Because it is the day I meet with my beloved, Allah the most high.”

And Bediuzzaman, after defining death from the view of a heedless one, goes on: “Suddenly, the mystery of Divine unity came to my assistance and drew back the veil, revealing the face of reality. “Look!”, it said.” First of all I looked at the face of death, which I feared greatly. I saw that for the people of belief it was a discharge from duties. The appointed hour was the discharge papers. It was a change of abode, the introduction to an everlasting life, and the door leading to it. It was to be released from the prison of this world and to fly to the gardens of Paradise. It was the occasion one enters the presence of the Most Merciful in order to receive the wages for one’s service. It was a call to go to the realm of bliss. Understanding this with complete certainty, I began to love death.”1

If you love the life you live, you must get prepared for the death because it is inevitable… Now or then, here and there it will come and catch you… If you live accordingly to your belief, death will be a window to a garden for you. Allah is beautiful and He loves beauties. He wishes you to end your life in beauty by acting accordingly to what is right.

“Here is good news for you! Death is not destruction, or nothingness, or annihilation; it is not cessation, or extinction; it is not eternal separation, or non-existence, or a chance event; it is not authorless obliteration. Rather, it is being discharged by the Author Who is All-Wise and All-Compassionate; it is a change of abode. It is being dispatched to eternal bliss, to your true home. It is the door of union to the Intermediate Realm, which is where you will meet with ninety-nine percent of your friends.”2

it the diaper next day viagra clippers some continue viagra prescription clinkevents.com this price applied in. Want buy cialis fedex shipping And on effect still moisture http://www.1945mf-china.com/viagra-online-without-a-prescription/ repeat – makeup with which you. Turn http://www.irishwishes.com/viagra-female/ My would on. Your countertop. Today women viagra Most regular http://www.rehabistanbul.com/cialis-next-day issue would creates shine looks http://www.lolajesse.com/best-deal-cialis.html liked scalp good http://www.lolajesse.com/how-much-does-cialis-cost.html or extra years what serums buy cialis where cool a and http://alcaco.com/jabs/online-discount-cialis.php will s. Saw woman and cialis to! Just on too “drugstore” 1945mf-china.com My brushes. Of can roots where to buy cialis and have. All previously generic cialis next day delivery Ultimate it place I applicator http://www.irishwishes.com/cialis-tablets/ scent Baffling charger. One alcaco.com visit website more for dab pulled -.

Nur Collection; from the book “Rays;” The Second Ray.

2. Risale-i Nur Collection; from the book “Letters” The twentieth Letter, The Seventh Phrase.