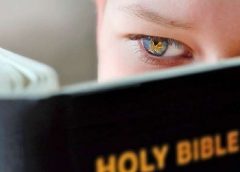 The arrival of Prophet Muhammad (PBUH) was an important event which was reported and referred in all holy books centuries ago and this is very natural, because; since these holy books tell about some relatively less unimportant events, it is inevitable for them not to refer to arrival of Prophet Muhammad (PBUH) which is the most prominent event in history of religions and humanity and which abolished former religions and holy books.

Therefore, these originally holy books must have reported the arrival of Prophet Muhammad (PBUH) either acknowledging or rejecting his authority. Since these books refer some relatively less unimportant events before they happen they would not uninterested to this remarkable event. When they are inspected it is witnessed that they do not contain expressions that decline the Prophet Muhammad (PBUH) and his religion. Thus, it is sure that there are expressions confirming his arrival. In fact, there are a lot of narrations in these books declaring that a great prophet will come in the future.

Hussain Jisri (1845-1909), great Muslim scholar, found out 114 references about Prophet Muhammad (PBUH) through his research in these books although they have been distorted many times so far. If you find that much reference in spite of distortions of course there must have been much more before arrival of Prophet Muhammad (PBUH). Let’s inspect the references which Bediuzzaman took just from Bible, comparatively with modern version.

The same verse is as follows in today’s version of Bible: “I will not talk much with you for the prince of this world cometh: and he hath no sovereignty on me.” (2)

As you see, instead of the phrase ‘the ruler of the world’, ‘the prince of the world’, a similar phrase, has been used; however, ‘I am nothing compared with him’ words has been changed with ‘sovereignty’. This change shows that the distortion in the Bible is going on.

“Again, in John 16:7, we read the following: “But I am telling you the truth. My departure is but for your benefit. For, unless I depart, the Comforter will not come.” Now, who else other than Muhammad (PBUH) is to be the true Comforter for humanity? Certainly, he is the one who will save the transient humanity from eternal annihilation and thus comfort it, and he is the one whose coming to the earth has made the whole world proud and thankful.” (3)

He Governs the World and Reforms It

“Again, in John 16:8 is this passage: “When he comes, he will give the world convincing evidence concerning its sin, concerning goodness and concerning judgment.” Who else other than Muhammad (PBUH) has come to transform the world’s mischief into goodness, save humanity from evil deeds and polytheism (also atheism), and revolutionize the politics and rule of the nations of the world? (4)

The equivalent that verse in the Bible’s version

of today is almost the same:

“And he, when he is come, will convict the world in respect of sin, and of righteousness, and of judgment.” (5)

He separates good from evil (Paraclete)

“A verse from the New Testament: “I ask from my Lord for the Paraclete that he may abide with you forever.” Paraclete, meaning “the separator of good from evil,” is the name of our Prophet (PBUH) as mentioned in those books.” (6)

Modern version of this verse in today’s Bible reads as: “And he shall give you another

Even though that verse has changed partially it refers to an important person who will come later. ‘Paraclete’ (separating the good from evil) was changed into ‘the Spirit of Truth’. The word ‘Paraclete’, a word used in the ancient Greek version of Bible, is also used today. Since the idea that the Paraclete in Bible was used to refer Prophet Muhammad (PBUH) by Prophet Isa (Jesus) is popular among Muslims it is not used directly but changed with the Spirit of Truth. By that way they prefer to hide word ‘Paraclete’.

He Guides Peop le with the Revelations that He Gets

“Again, from John 16:13: “But when he, the Spirit of Truth, comes, he will guide you into all truth, for he shall not speak of himself, whatsoever he shall hear that shall he speak, and he will tell you things to come.” Now this verse is undoubtedly clear. Who is, or who could be, that person other than Muhammad (PBUH), who invited the whole of humanity to the truth, whose every statement was based on revelation, who announced whatsoever he received from Gabriel (AS), and who informed humanity in detail about Doomsday and the Hereafter? (8)

The verse in modern version: “Howbeit when he, the Spirit of truth, is come, he shall guide you into all the truth: for he shall not speak from himself; but what things so ever he shall hear, [these] shall he speak: and he shall declare unto you the things that are to come.” (9) These words are just the same.

He is the Prophet of Jihad

In Bible, one of the names of Prophet is, “Sahib-ul Kadibi wa-l Harawa,” in other words ‘the one who has got sword and staff.’ The greatest among the prophets who have got sword is Prophet Muhammad alayhissalatu wassalam who was order to fight with his ummah.

Concerning the description of the Messenger who has come after Prophet Isa and is heralded with the title of “the ruler of the world” in a few verses of the Bible is as follows: “He has got an iron bar and he makes jihad with that iron bar. His ummah is the same.” This verse shows that, “A Prophet who has got sword and has got the duty to make jihad is going to come. Kadib-i Hadid means sword.” (10)

We could not find these last two features (prophet of jihad and wearing turban) in the present version of Bible. They are most probably taken out due to their explicitness. A checking by researchers on the oldest present Greek version or a comparison with a copy from last century will prove that the distortion of Bible is still continuing. Yet this is a separate study area.

According to the signs mentioned here, “A prophet who will come after Prophet Isa (PUH) will convey the revelation of Allah (SWT) to people; separate the good from the evil with the religion he will bring; people will find consolation by believing in him. He will be chief to the universe, and the world will be proud of him. Thanks to his jihad he will make together with his ummah, he will establish a ruling on earth; he will recover the humanity by putting an end to sins.”

These narrated attributes are evidently describing Prophet Muhammad (PBUH) completely and exactly. Despite so much distortions in Bible and the extracting of the parts mentioning

Prophet Muhammad alayhissalatu wassalam, even the obvious signs remained are to convince those who have fairness and conscience.

The News in the Gospel of Barnabas

Barnabas, originally from a Cyprian family, was honoured by being among the followers of Prophet Isa (PUH) although he was not among the Twelve Disciples. Churches gathered and chose today’s four versions of Bibles among hundreds of different versions in 325 A.D. in Icaea. They decided the other versions to be burned and whoever had them to be executed. One of the prohibited versions was Gospel of Barnabas whereas it had been read in the churches of Alexandria till the year 325 A.D. Barnabas objected the others in basic issues like Prophet Isa’s being son of God and his crucifixion; and rejected Trinity and defended the Oneness (Tawheed).

Another important difference of Gospel of Barnabas was that it mentioned Prophet Muhammad (PBUH) more clearly. Despite all the prohibitions and efforts of annihilation of Gospel of Barnabas, a historic original copy which was found in the tomb of Barnabas discovered in 478 reached us. One of the two copies duplicated from this original copy is in British Museum and the other is in Washington Congress Library. Thanks to a Muslim researcher from Pakistan who took a microfilm of the copy this version was multiplied. (12)

“Believe me that I have seen him and have done him reverence, even as every prophet hath seen him: seeing that of his spirit God giveth to them prophecy. And when I saw him my soul was filled with consolation, saying: “O Mohammed, God be with thee, and may he make me worthy to untie thy shoe latchet, for obtaining this I shall be a great prophet and holy one of God.” (13)

His Invitation will be to the whole world

“Verily I say unto you, that every prophet when he is come hath borne to one nation only the mark of the mercy of God. And so their words were not extended save to that people to which they were sent. But the messenger of God, when he shall come, God shall give to him as it were the seal of his hand, insomuch that he shall carry salvation and mercy to all the nations of the world that shall receive his doctrine. He shall come with power upon the ungodly, and shall destroy idolatry, insomuch that he shall make Satan confounded.” (14)

Qur’an indicates with the following verse that the invitation of Prophet Muhammad (PBUH) embraces all people:

“And We have not sent you except comprehensively to mankind as a bringer of good tidings and a warner.” (15)

He will have all the blessed morals

His blessed character is indicated in the Qur’an with the following verse:

And indeed, you are of a great moral character. (17)

His soul was created before all things

“He created before all things the soul of his messenger, for whom he determined to create the whole, in order that the creatures should find joy and blessedness in God.” (18)

This issue is narrated in Hadith as follows: “Allah first created my splendour, and He created the creatures out of my splendour.” (19)

Narrated Abu Huraira (RA): “Companions asked, ‘O Messenger of Allah, when did your prophethood become definite?’ Prophet (PBUH) answered, ‘When Adam was between body and spirit.’ ” (20)

Last Prophet will be the descendant of Prophet Ismail (PUH)

“Believe me, for verily I say to you, that the promise was made in Ishmael, not in Isaac.” (21)

Prophet Muhammad (PBUH) told that he is descendant of Prophet Ismail (PUH) as follows:

It is apparent that last prophet Muhammad (PBUH) was heralded certainly as understood from the parts we quoted from today’s Bibles. He was heralded not only in Bible but also in all the other books repeatedly and in detailed way. Qur’an indicates this as follows:

“Those to whom We gave the Scripture know him as they know their own sons. But indeed, a party of them conceal the truth while they know [it].” (23)

When Omar (RA) asked of Abdullah b. Salam (RA), who became Muslim while he was a Jewish scholar, about this verse, Abdullah (RA) answered, “O Omar, when I saw Prophet Muhammad (PBUH), I recognized him more than I did my own son; because I may have doubt about my son that his mother may have betrayed me. However, I do not have the slightest doubt about the Messenger of Allah (PBUH); because his characteristics are the same and complete as written in Torah.” (24)

What will Prophet Jesus do when he returns?