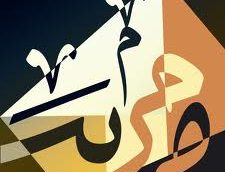 The Qur’an is a miracle as its literary form cannot be explained via the productive capacity of the Arabic language, because all the possible combinations of Arabic words, letters and grammatical rules have been exhausted and yet the Qur’an’s literary form has not been imitated. The Arabs who were known to have been Arab linguists par excellence failed to successfully challenge the Qur’an.

William Shakespeare, who was an English poet and playwright, widely regarded as the greatest writer in the English language, is often used as an example of unique literature. The argument posed is that if Shakespeare expressed his poetry and prose in a unique manner – and he is a human being – then surely no matter how unique the Qur’an is, it must also be from a human being.

However there are some problems with the above argument. It does not take into account the nature of the Qur’an’s uniqueness and it doesn’t understand the uniqueness of literary geniuses such as Shakespeare. Although Shakespeare composed poetry and prose that received an unparalleled aesthetic reception, the literary form he expressed his works in was not unique. In many instances Shakespeare used the common Iambic Pentameter (The Iambic pentameter is a meter in poetry. It refers to a line consisting of five iambic feet. The word “pentameter” simply means that there are five feet in the line.)

However in the case of the Qur’an, its language is in an entirely unknown and unmatched literary form. The structural features of the Qur’anic discourse render it unique and not the subjective appreciation of its literary and linguistic makeup.

With this in mind there are two approaches that can show that there are greater reasons to believe that the Qur’an is from the divine and a miraculous text. The first approach is rational deduction and the second is the philosophy of Miracles.

Rational deduction is the thinking process where logical conclusions are drawn from a universally accepted statement or provable premises. This process is also called rational inference or logical deduction.

In the context of the Qur’an’s uniqueness the universally accepted statement supported by eastern and western scholarship is:

From this statement the following logical conclusions can be drawn:

2. The Qur’an could not have come from a Non-Arab as the language in the Qur’an is Arabic, and the knowledge of the Arabic language is a pre-requisite to successfully challenge the Qur’an.

3. The Qur’an could not have come from the Prophet Muhammad due to the following reasons:

a. The Prophet Muhammad was an Arab himself and all the Arabs failed to challenge the Qur’an.
b. The Arabs linguists at the time of revelation never accused the Prophet of being the author of the Qur’an.
c. The Prophet Muhammad experienced many trials and tribulations during the course of his Prophetic mission. For example his children died, his beloved wife Khadija passed away, he was boycotted, his close companions were tortured and killed, yet the Qur’an’s literary character remains that of the divine voice and character. Nothing in the Qur’an expresses the turmoil and emotions of the Prophet Muhammad. It is almost a psychological and physiological impossibility to go through what the Prophet went through and yet none of the emotions are expressed in the literary character of the Qur’an.
d. The Qur’an is a known literary masterpiece yet its verse were at many times revealed for specific circumstances and events that occurred. However, without revision or deletion they are literary masterpieces. All literary masterpieces have undergone revision and deletion to ensure literary perfection, however the Qur’an was revealed instantaneously.
e. The hadith or narrations of the Prophet Muhammad are in a totally different style then that of the Qur’an. How can any human being express themselves orally over a 23 year period (which was the period of Qur’anic revelation) in two distinct styles? This is a psychological and physiological impossibility according to modern research.

5. The Qur’an can only have come from the Divine as it is the only logical explanation as all other explanations have been discarded because they do not explain the uniqueness of the Qur’an in a comprehensive and coherent manner.

Therefore the more coherent description of a miracle is not a ‘violation’ but an ‘impossibility’. The Philosopher William Lane Craig rejects the definition of a miracle as a “violation of a natural law” and replaces it with the coherent definition of “events which lie outside the productive capacity of nature”.
What this means is that miracles are acts of impossibilities concerning causal or logical connections.

The Qur’an is a miracle as its literary form cannot be explained via the productive capacity of the Arabic language, because all the possible combinations of Arabic words, letters and grammatical rules have been exhausted and yet the Qur’an’s literary form has not been imitated. The Arabs who were known to have been Arab linguists par excellence failed to successfully challenge the Qur’an. Forster Fitzgerald Arbuthnot who was a notable British Orientalist and translator states:

“…and that though several attempts have been made to produce a work equal to it as far as elegant writing is concerned, none has as yet succeeded.”[1]

When we look at the productive nature of the Arabic language to find an answer for the unique literary form of the Qur’an, we find no link between it and the divine text, thus making it an impossibility requiring supernatural explanation. So it logically follows that if the Qur’an is a literary event that lies outside the productive capacity of the Arabic language, then, by definition, it is a miracle.

*HAMZA ANDREAS TZORTZIS is an international public speaker on Islam. He is a writer with articles, essays and
commentaries on political philosophy, the philosophy of religion and society. Hamza is an intellectual activist
actively engaging on issues pertaining to religion, social cohesion and politics.