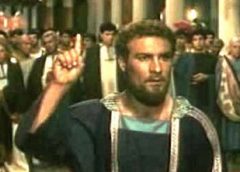 Ashab Al Kahf (the People of the Cave) is the seven young men who were forced to wor­ship a deity other than Allah and took refuge in a cave. As a miracle these seven young men were made slept for 309 years in the company of their dog named Qitmir.

This incident is a great lesson for the resur­rection after death. On the other hand, it has got some other lessons for today’s people. More than a century the status quo and the fitna spread from the West to the entire World have imposed two things without mercy: A life without belief or a belief without life. You can call this ‘Daqya- nus Law;’ because Ashab Al Kahf faced the same oppression. However, it could not discourage them. When they confronted Mr. Status Quo, the King, their hearts were made firm by their

Lord and they stood up and said without fear, “Our Lord is the Lord of the heavens and the earth. Never will we invoke besides Him any deity. We would have certainly spoken, then, an excessive transgression.” (Surah Al Kahf, 14)

Just as their perseverance and firmness ended the oppression, their courage coming from faith liberated them from slav­ery as well. It means that the talisman is in the Surah Al Kahf.

The last lesson of Ashab Al Kahf to the king and oppressors of the time was as follows: “These, our people, have taken besides Him deities. Why do they not bring for [worship of] them a clear authority? And who is more unjust than one who invents about Allah a lie?” (Surah Al Kahf, 15)

Prophet Muhammad ASM said, “When the reciter (Qari’) says ‘amen,’ you must say ‘amen’ too. For the angels say ‘amen.’ The past sins of person whose ‘amens’ meet the ‘amens’ of angels by tewafuq are for­given.” (Bukhari, Da’awat 63)

“The stroke of the pen with its ink is so strong. That is why the pen is mightier than the sword. There is no author who will not vanish off the face of the earth; but the things he wrote will last as long as the world exists.” Katib Chalabi

“The tongue, lips and mouth which practice Kalamullah will certainly deserve to be a Beneficent Mouth. However, the important thing is to promote to Beneficent Heart and Beneficent Mind from the Beneficent Mouth by understanding the meaning and the wisdoms of the Qur’an.” Prof. Dr Mehmet Gormez, President, Presidency of Religious Affairs of Turkey

1. Favour (so much generosity)

2. Altruism (concern for the welfare of others)

4.  Munificence (so much kindness)

8.  Giving one’s goods to others’ use

“The believers are only the ones who have believed in Allah and His Messenger and then doubt not but strive with their properties and their lives in the cause of Allah. It is those who are the truthful.” (Surat Al Hujurat, 15)

“Who listen to speech and follow the best of it. Those are the ones Allah has guided, and those are people of understanding.” (Surat Al Zumar, 18)

“And when you see them, their forms please you, and if they speak, you listen to their speech. [They are] as if they were piec­es of wood propped up – they think that every shout is against them. They are the enemy, so beware of them. May Allah destroy them; how are they deluded?” (Surat Al Munafiqun, 4)