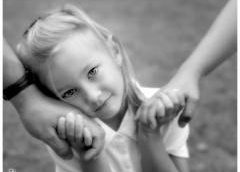 Oppressed people whose rights are violated, and those who cannot get their rights back may exactly console themselves by only believing in the hereafter  providing a thought that their rights will surely be taken from the unjust and will be given back to them (by Allah).

Every man wants to live a heavenly life. This demand of man is due to his nature. When he demands something, he demands the best of it. He wants to live forever along with demanding a beautiful life in this world. Furthermore, he endeavours to fulfil all his sentiments and feelings as well as seeking to fulfil the needs of his small stomach. Even each man has such feelings that nothing satisfies them except for an infinite life.

Man is always keen on his personal benefits and loves himself first. He evaluates all the events and occurrences in this perspective. If he does not like something or if it is not beneficial to him, it seems evil in his eye. However, when the real meaning of those evil things are understood, we realise that they are not evil indeed.

Firstly, he learns the real meaning, purpose and wisdom of them.

Secondly, he gives names to them and evaluates accordingly. The most effective factor to have this perspective is the intention in his heart. If he evaluates every occurrence under good names, he gets nice meanings from them. “The one, who looks at things in a positive way, thinks well as well. The one who thinks well enjoys his life.”

The essence of the exploration of the truths is to look and examine them by giving good names and to understand their real meaning.

So I would like to give a few examples to show how believing in the hereafter affects the man’s point of view and forms the intentions in his heart.

A man can only treat and look at the life as beautiful by the way of believing in the hereafter. Providing a meaningful thought of life, it will give him everything back that he lost in his life. They will not end after death, will not perish, and will cause his life tree to bear nice fruits. As a result of that he can only save his life from being meaningless and pointless.

In terms of family life, believing in the hereafter is the only way to ensure love, respect and fidelity among the family members.

For instance, a mother can only find solace in the belief of the hereafter when she thinks that death will take his child and she will never see him again. If she does not believe the hereafter, she will either suppress her feelings to forget her sorrow or try to find solace in heedlessness such as not thinking about the future.

In addition, the real love among the family members can only be provided and assured by believing in the hereafter. A husband can only and fully have a sincere love for his wife by believing that in the hereafter she will be his eternal wife eternally and she will regain her beauty and youth which she has lost or will lose and she will be more beautiful than houries in paradise.

A child can sincerely and truly love his/her parents only by the way of believing in the hereafter where he/she and his/her parents will live together forever and their unity will not perish and constantly continue as free from grief. And if he faces with deaths of small children or their friends in their environment, they may only provide a strength and support to their fine and very weak souls, which cannot even bear the lightest occurrence in the life, by thinking “They have become birds in paradise”.

The idea which can direct youngsters to respect elderly, to preserve the right of weak and protect them from any attack and keep themselves from an illicit way of life is nothing but believing in the hereafter.

The youngsters can only live and cause other people to live a heavenly life in this world by believing imprisonment of hell created by Allah who sees and knows everything.

And, the elders, whose connection with life becomes quite weak, are the ones who will soon leave their relatives, friends, beloved ones, memories and everything they have into the hands of death. What can you offer them to fulfil their loss?

How much do your offers can satisfy them?

Then is there any other remedy except for believing in the hereafter that will give a support to their weak shoulders and ease the load of their life?

Thus people can bear death which alters all pleasure to pain, joy to grief, love to hate and beautiful dreams to nightmares by only believing in the hereafter.

It is the belief of the hereafter which kills the death, gives back the rights of the oppressed, brings back all the loss, trains us in the best way, makes the souls happy, and maintains friendships and togetherness.

“Get ready; you will all go to another eternal country. It is such a country that your country is like a prison compared to the eternal one. You will go to the Sovereignty Centre of our King and attain His mercy and bounties there on condition that you listen and obey His orders. However, if you do not obey and if you rebel Him you will be thrown into terrific prisons.”

“The one, who looks at things in a positive way, thinks well as well. The one who thinks well enjoys his life.”