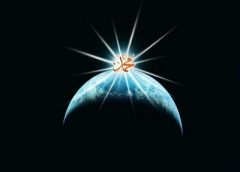 Fakhr al-Din al-Razi (may Allah be pleased with him) says in his Tafsir al-Kabir:

“His fame (PBUH) spreads to heaven and encompasses the earth, and his name is written on arsh a’la; and uttered with the name of Allah in Kalimat-ul Shahadah. Every muazzin recites his name in Adhan, every preacher recites it in his khutba and every author recites it at the beginning of his book. The one, too, who prays and recites his name at the beginning and end of his/her prayer and only this way s/he can receive bounties of Allah (SWT).”

Abd al-Karim al-Jili (may Allah be pleased with him)  relates the following in his work named  “The Perfect Man” (Al-Insānu l-Kamīl):

“Wherever it is when I say al-Insanu l-Kamil (the perfect man) what I mean is Sayyid ul-Wujud (the leader of beings) (PBUH). Because nobody has such great characteristics.

Imam Ghazali (may Allah be pleased with him)  states in his Ihya:

“The Gracious Messenger was the gentlest and the most knowledgeable of people. He never touched the hands of women to whom he was not married. He was the most generous of the people. He never kept money even for a night, he used to give it to the poor immediately. When he was bestowed by Allah with bounties, he used to take the only amount which was enough for him for a day not for more. He was superior to all people in terms of modesty (haya’) He was very humble, he used to respond to the invitations of all people regardless of their social status.

Imam Ghazali (RA)  says thus in his Kimiya-ye sa’ādat (The Alchemy of Happiness):

“Abu Said al Khudri (RA)  says: The Messenger of Allah had meals with his servant. When his servant got tired, he helped the servant. He used to greet himself people first when he encountered somebody regardless of their richness or poverty. It didn’t matter whether they are young or old, he was the first to shake hands. He equally treated master and servant, the rich and the poor, the black and the white. He got on well with everybody and liked to do a favour for everybody. He was friendly and pleasantly spoken. While he was talking, he did not smile, he seemed sad. He was kind, generous and he did not waste. He pitied on everybody and expected nothing from anybody.

“The pride of the universe (PBUH) used to speak quiet slowly and clearly and did not speak in vain. He respected bounties, and did not decry people, and did not get angry with anybody for the worldly matters. When he was to turn to somebody, he used to do this with his whole blessed body, and he used to point, if would, with his blessed hand. He smiled but did not burst into laughter.

It is narrated by Anas b. Malik (RA) in the book named M. Masabih:

I served to the Messenger of Allah for ten years. He never said to me “ugh!” even once. He was the best natured of the people. He used to visit patients and walk behind  coffins of dead people”

“We demanded him to pray that the infidels to be perished in a fight.” He said: “I was not sent to curse and cause people to be tormented. I was sent for mercy (goodness and salvation of everybody )

“[O Prophet,] We sent thee not, but as a Mercy for all creatures.”

“It was not heard that the Prophet said “no” when something demanded from him.”

“The truth about Prophet Muhammad (PBUH) is the seed and essence of all the other truths.”

Ka’b b. Zubair (RA) says in the Qasida al-Burdah (The Poem of the cloak):

“He is the sword that Allah drew against the evil, and the world is filled with his Noor when sparkled” When I read this poem, Prophet Muhammad (PBUH) wished to give me a present but he didn’t have anything with him, then he gave me his burdah (cloak).”

“Obey the orders and preventions in all your circumstances. Stick to the Sunnah and act in accordance with it, stay away from concessions and bid’as (bad renovations) and consider hadiths of the Messenger of Allah (PBUH) as a guide throughout your life.”

“The one, who obeys the Beloved Messenger of Allah (PBUH) in his acts and manners, proves his love for Allah by doing so.”

“I am the slave of the Holy Qur’an throughout my life and the dust of feet of Prophet Muhammad (PBUH).”