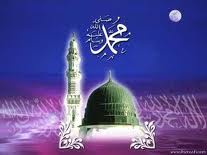 Especially, if a person which you mention has a value and worth for all humanity, the case is different. Especially, if he is the most superior, the worthiest of people and the most beloved of the Supreme Being, mediocrity is not possible for him. He cannot be mentioned like an ordinary man.

Such the Glory of universe, Beloved of being glory, Messenger of being generous, Messenger of being magnificent, Glory of cosmos, Sultan of Messengers that while remembering the name of the Excellence of the Prophet Muhammad Mustafa (PBUH), certainly one of these trademarks should be mentioned.  Because Messenger of Allah (PBUH) has such an immense value in the presence of our Lord (SWT) that universes are created for the sake of him, has meaning with him, has value with him and known with him. The All-Glorious Creator Who creates all the worlds is told to its creations with him and praised and glorified with him.

Otherwise, to disregard, to desecrate, and not to show the necessary respect could cause us bad consequences as it is clearly mentioned the verse below:

“O ye who believe! Raise not your voices above the voice of the Prophet, nor speak aloud to him in talk, as ye may speak aloud to one another, lest your deeds become vain and ye perceive not.”(Al-Hujraat, 2)

So that such a man who has unique value cannot be disregarded and Divine Honour does not accept and forgive it.

The Supreme Being, at the time that Messenger of Allah (PBUH) honoured the world before he honoured our hearts and souls, did not allow Companions of the Prophet (R.A), who are mentioned in the Gospel and the Torah and praised in the Qur’an, to raise their voices in the presence of him (PBUH). Moreover, such a highly respected generation like Companions of the Prophet (R.A) are being warned seriously with the order of this verse: تَحْبَطَ اَعْمَالُكُمْ “their deeds will go down the drain.”

Since even voices cannot be raised in the presence of him, the Prophet (PBUH) should be mentioned with respect and, the most important point, it must be borne in mind that the Prophet (PBUH), who has a unique and special place and not ordinary for the Lord of the Worlds, can never be an ordinary man for us. So, we should mention about him accordingly.

We sent  thousands peace and blessings to our Prophet (PBUH), who is the  most precious being of our lives and the sultan of our hearts, with the best respect and regard that can be shown in the presence of Allah (SWT), as well as sending endless glory and praise to the Supreme Being.