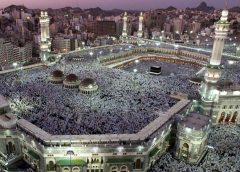 THE PROPER PRESENTATION AND THE EFFECTIVE REPRESENTATION (TABLIGH AND TAMSIL)
Although Islamophobia we notice as a concept in Europe since the 8th century, the period the Muslims reached the borders of Europe, played the different roles with different faces, there are always same common similarities between the enmity of Islam and the enmities targeting almost only the Islamic World during the expanding period of the Ottoman Empire.

The Islamphobia applied in a new version after the 60’s in Europe, has the same characteristics.
15 millions of Muslims living in Europe for long, the oppressive regimes in Islamic countries, the effective roles of Muslim countries with the increase of oil consuming, the globalization and the communication capabilities resulted by the technological improvements are the factors forming the new face of the Islamphobia and on the other hand, are improving the capacity of finding solutions for it.

Ali Kurt is the Secretary General and Turkey Representative of UNIW