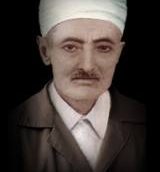 His life is a model for all Risale-i Nur students. He has become the Ustad of all Risale-i Nur students with his sincerity and earnestness, his loyalty to sunna of Prophet, his piety and devotion, his respect and adherence to his Ustad, his loyalty to Risale-i Nur, his farsightedness, his enthusiasm for knowledge and being scholarly authority, his mildness and affection, his patience and courage, his modesty and literary personality.

1.  A BRIEF ACCOUNT OF THE LIFE OF HUSREV EFFENDI

Ahmed Husrev Efendi was born in Senirce village of Isparta in 1899.

His father, Mehmed Bey, was the grandson of Hacı Mehmed Bey, who was one of the governors of Isparta in the last era of Ottoman Empire and his mother was Ayşe Hanımefendi.

His father’s family tree takes back to Abubakr (ra), and they are called as “Yeşil Sarıklılar (People in Green Turbans) and are notables of Isparta. His mother’s ancestors take back to Hadrat Hussein who is from the ancestors of the Prophet and his ancestors were known as “Hafız Kurralar (the ones who have memorized Qur’an and recited it well)”

Husrev Efendi was in taqwa and glorifying Allah with tasbih and tazim. He was called Khidr among his friends.

He was captured in Turkish War of Independence and and was P.O.W for two years in Greece. After returning homeland, he worked as a civil servant for a short time and visited his Ustad who came to Barla as an exile and from this visit on, Husrev Efendi took his place in the service of Nur as being one of his first students. He became his companion and assistant and the most important pillar and calligrapher of his service.

He had been Ustad Bediuzzaman’s student for 30 years.  After Bediuzzaman’s period of life, he maintained and preserved the Risale-i Nur service as the successor of him and died in 1977.

2. HIS PLACE IN RISALE-I NUR SERVICE

Husrev Efendi wrote fourteen treatises in tewafuq within a month which is quite a short time after meeting with Bediuzzaman. He was with his Ustad as a loyal friend of the same cause in Eskişehir, Denizli and Afyon trials and jails.

Ustad Bediuzzaman responds to his student’s demand to die on behalf of him: “Husrev, the hero of Risale-i Nur wants to die and be ill on behalf of me, sincerely and seriously. I say:  It is not the time of compilation; it is now, time of dissemination. As your writing is better and more useful for dissemination than mine, in the same way, your life is also more beneficent in the service of Nur than my life which is full of tortures. If I were able to, I would give you from my life span pleasantly.”

His Ustad gave him the title “Rose Factory” [1] and praised him with those words:

“Husrev’s constantly miraculous, well-directed and useful and lofty thought is always precious(2)  in the service of Qur’an” and “You should never be offended by that Husrev, who is a Nur hero, is in my place and an important  representative of collective personality of Nur.” By these words, he showed his successor to his students.

3. HUSREV EFFENDI ACCORDING TO HIS USTAD’S DEFINITION

Ustad Bediuzzaman who has a deep view and a high insight showed the high perfection of Husrev Effendi.

“ I claim and demonstrate that, Husrev who is ostracized in this cold weather, and who is considered detrimental to nation and country and who is ill bodily (may Allah save him), is a great spiritual hero of Turkish nation and a saver of this country and a sincere self-sacrificing with whom Turkish nation will be proud of. Since he got the full sincerity and does not have the feelings of egoism and show-offish and hankering after fame, it is time to talk about his many services to nation and country.

This man has written almost six hundred treatises and driven back the anarchism under the guise of communism by disseminating those treatises all around the country and stopped its encroachment and in order to save this blessed country and this heroic nation from  that ideological toxic he transmitted these effective cures to everywhere. He became a good means to save Turkish youth and next generation…”

Thus, because of his these services and acceptance in Divine presence hadrat Bediuzzaman says: “Husrev can correct, change and amend the parts which he does not see appropriate.” By these words, he has given the authority to interfere his books to Husrev Efendi which he had never given to any one of his students.

4. THE SERVICE OF HUSREV  EFENDI FOR THE QUR’AN IN TEWAFUQ

Another profound service of Husrev Effendi is to write the Qur’an in tewafuq which has been the first in the Islamic history. He started this blessed service in 1932 and maintained it until his death and he wrote nine copies in this service which lasted forty years.

This honourable service was vouchsafed to Ahmed Husrev Effendi among nine Nur students who are hafız, calligrapher, and teacher of Arabic language. Bediuzzaman gave this herald with this sentence; “Tewafuq is in the style of Husrev. Husrev’s skill is not to destroy the tewafuq which already exists” and the other students said “Yes he exceeded us, we can not reach him. Therefore, the pen of Husrev is the wonder and miracle of Qur’an whose expression is miracle and Risale-i Nur” and they congratulated him.

Ustad Bediuzzaman showed the Qur’an written out by Husrev Effendi to people of heart and people of truth and they also confirmed that this copy of Qur’an was written by the help of Allah together with him.

5. RISALE-I NUR SERVICE AFTER THE DECEASE OF USTAD SAID NURSI

After the death of Ustad Said Nursi, Ahmed Husrev Altınbaşak embraced the Risale-i Nur service.  And he never left Said Nursi’s the one and essential path. He lived in accordance with his service and he made the struggling against bid’ats and the living accordance with sunnahs the main aim.

Husrev Effendi took ila-yı Kalimatullah (spreading the Allah’s words) as his main aim, and for the sake of this main aim by bringing up so many students he placed this service of ALLAH on radical roots.

While conducing this service to reach today’s world safe and sound with this noble and dignified stand of his, he also verified his Ustad Said Nursi’s opinions about Ahmad Husrev.

Because he has the real ihklaas (sirr-i Ihklaas), sense of sincerity; and because he doesn’t have riyaa (hypocrisy), “ana” (ego),  “hubb-i Jaah” (desire of fame)……  along with me, instead of me and he is a really crucial representative of the Nur’s Shahs-i Manawi (collective personality).

After the death of Said Nursi, Ahmed Husrev went on his enduring life in the Isparta, Eskisehir, Bursa, Bergama, Buca Jails. He was sent to so many years of prisons and he endured every kind of hardship for his cause and for his service.

After going out of jail, with his students he founded Hayrat Charity (Wakf’ul Khayrat)  and he passed away in 1977 in the Ramadan- Sharef while he was working for the Qur’an in tewafuq which he made the writing part.  Rahmatullahi Alayh

Husrev Effendi tried hard with all his strength for the salamah of Ummah-i Muhammad. He was a qualified person who considered this Hidmah, service as his essential service,  and who spent all his wealth which merited from his family fort he sake of Allah subhanaallahu wa Taala and who never give any value to this world.

Husrev Altınbaşak was an effective and powerful reason of his Ustad Bediuzzaman Said Nursi and his best assistant, deputy, wakil, his Khairul’Khalef and the safeguard and owner of the Risale-i Nur medicines.

We pray from Allah Subhanaallahu wa Taala that he make us the real inheritors of Our Ustad Bediuzzaman Said Nursi and Ahmed Husrev Effendi and the important scholars who are the contemporaries of them by making us gain knowledge. Amen.

One thought on “The Spiritual Personality of Ahmed Husrev Efendi”