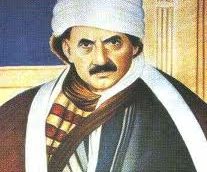 The human being was created with the best shape. He was given countless degrees of spiritual status. There is no boundaries limiting to reach these spiritual positions. The purpose of human beings’ creation is to know, believe in and worship Allah. Human being is the Caliph of Allah that He created and sent to the earth. Because of his knowledge and the trust that  he was given angels prostrated themselves before him with  the command of Allah. Human being has been the manifestation place of all the holy names. He was created as a tiny model of the whole universe. The earth was created as place of bounty, benefaction and bestowal and countless gifts are prepared for him such as eternal happiness and heaven palaces. He is a sublime guest of Allah on the earth. He has been the supervisor of the countless bestowals and  crier of holy wisdoms. In brief, the value and importance of human being is not because of his shape but holiness of his duty and worth of his slavery to Allah.

What we mean by spiritual personality is the personality of human beings constituted of slavery to Allah and the status of him before Allah.

A. THE INCENTIVE TO SPIRITUAL PERSONALITY IN QUR’AN

In The Holy Qur’an Allah compliments his prophets on their careful handling duty of prophethood, efforts to fulfill the commands of Him, worship, avoidance of sins,  sincerity, fear of Him, repenting and asking Him for forgiveness very much, justice, modesty, keeping their promises, remembrance of Him, rightness, prayers, showing patience with the hardships they faced during their service to Him, good morals, and lots of other good traits. Allah encourages people  to have these traits and declares this traits as the real morals of human being.

HIS MOTHER AND FATHER

The well being and health of a tree can also be seen on its fruit. The honourable father of master Bediuzzaman had a very strong fear of Allah and avoided doing actions Allah banned and even which are uncertain. While he was returning home, he was shutting the mouths of his cows to prevent them from eating from the fields of others. He was very careful about justice and halal food. He was a person having enough spiritual improvement to hear the sounds of shots belonging to Master Bediuzzaman’s rifle in the battle ground. As for his honourable mother, according to the statements of the scholars who visited her to learn the reason behind his amazing situation, while she was pregnant with  Master Bediuzzaman, she did not take a step on earth, and did not nurse him without taking ablution.

When we look his life, the forthcoming speciality of his personality is his sincerity. He regarded the Divine Pleasure as the most important thing.

“You should seek Divine pleasure in your actions. If Almighty Allah is pleased, it is of no importance even should the whole world be displeased. If He accepts an action and everyone else rejects it, it has no effect. Once His pleasure has been gained and He has accepted an action, even if you do not ask it of Him, should He wish it and His wisdom requires it, He will make others accept it. He will make them consent to it too. For this reason, the sole aim in this service should be the direct seeking of Divine pleasure.” and “the only means of salvation and deliverance is sincerity. It is of the greatest importance to gain sincerity. The tiniest act performed with sincerity is preferable to tons of those performed without sincerity.” By saying these words the accepted Divine Pleasure as the basic principle in his actions. He preserved his sincerity by rejecting worldly status, compliments, salaries, mansions offered to him just to act according to Sunnah. His basic principle was to obtain Divine Pleasure with all of his actions. And he proved this with his actions.

People face difficulties according to the hardness and worth of the service they are trying to achieve. Another way of understanding the importance and influence of the service is looking the attitudes and methods that the people contradicting the service have and use.  Person’s struggle against these hardships has direct proportion with the greatness and holiness of the support in his heart and the base he seeks help.

We see that the response of Master Bediuzzaman to the hardships he came across is like a big stone in the middle of a large river. He just said “ pass!” to the things facing him

He did not let anybody block his love of service. No incidents made him lose his hope.

Although the world with all of its glory and splendour was calling for him, he even once did not look at it.

He never used truths of belief for obtaining any benefit, politics and bead intentions.

He could easily sacrifice his life for the glory and honour of Islam.

He regarded the the gallows that he was threatened to be sent to, to make him give up his servise as a change to be reunited with Allah and his relatives.

We see that Master Bediuzzaman had a world challenging faith.

Good slaves of Allah regards having humility as sign of greatness. They believe that all the material and moral beauties of them belong to Allah. They think these all come from Allah. They only see their mistakes and faults.

When we look at the slavery of Master Bediuzzaman we understand it with his sentences:

“The Second Personality : Through Almighty God’s grace, a personality is given me at the time of worship, when I am turned towards the Divine Court; this personality displays certain marks. These marks arise from “knowing one’s faults, realizing one’s want and impotence, and seeking refuge in utter humility at the Divine Court,” which are the basis and meaning of worship. Through this personality, I know myself to be more wretched, powerless, wanting, and faulty than everyone. Should the whole world praise and applaud me, they could not make me believe that I am good or possess perfection of any sort.”

When we look at his prayers we see in his hand a rosary constituted of all the particles, all the drops of water, number of breathes all the creatures take. So we see how human can improve himself and his senses with the lesson of Qur’an. He improves so much that he regards a rosary including all the creatures of the world as short. Although he regards heaven too little as the main purpose of his prayers, he does not see himself higher than a low creature of Allah.

HIS ACTING ACCORDING TO SUNNAH

Master Bediuzzaman lived according to the Sunnah throughout his life.  For not acting against Sunnah he was ready to accept being hanged. For recreating Sunnah and preserving belief he wrote 137 pieces of work. Yes, millions of copies of one of his works that he wrote about “acting according to Sunnah of Prophet Muhammed (pbuh)” have been published for 70 years.

He set one of the musts of being a Risale-i Nur student as acting  according to Sunnah.

He recreated the Sunnah that had been forgotten or started to fade away.

Master Bediuzzaman had the morality of our prophet Muhammed (pbuh) and lived with this morality throughout his life. He showed that he was a successful follower of  the way our prophet had lived and attributes he had had.

He set a perfect example and became a great guide for all the Muslims with his actions, morality and acting according to Sunnah.

He had to face lots of difficulties not to give up one sunnah.

He showed that acting according to sunnah changes habits into worship and heedlessness into peace.

He regarded disobeying sunnah of  a prophet (pbuh) having limitless compassion for his Ummah  as ingratitude and unjustness.

THE SITUATION OF THE ONES WHO CAN NOT UNDERSTAND  SPIRITUAL PERSONALITY

Humans are generally opportunist, short-sighted and inclined to evaluate actions shallowly. Most of the time they cannot see the divine wisdom behind the actions. Especially in this century, humanity who is foreign to spiritual things mostly give importance to the external appearance. However, the real importance of human comes from  his slavery to Allah. In the Qur’an, affirming this situation, it is stated that people did not see the spiritual personality of the prophets. It was a honour for people that prophets are humans but some  not understanding this truth denied them by just seeing their human side and criticizing them for this. They avoided believing them by saying that prophets too were humans, they drank, ate, shopped. As a result of their denial of prophets, resistance to belief,  insistence on unbelief, bad deeds, some of them were destroyed out even in this world.

As a result, one of the most important ways of benefiting from the good slaves of Allah is to give importance to and try to understand their spiritual personalities. The ones who is looking just their human part is devoid of spiritual things.