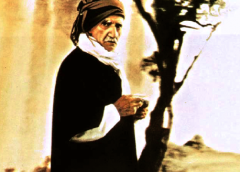 In the face of regime’s oppression Risale-i Nur movement has adopted the positive attitude as a way of existence and performing service to faith.

The positive attitude in Risale-i Nur movement can be defined briefly as follows: To carry out our service without causing chaos, anarchy or violence, infringing the security and rights of other people and focusing on our duty with patience and endurance without being persistent about the results which are determined by will of Allah (SWT). Positive attitude means to establish the peaceful and safe atmosphere in which people are persuaded with free thinking and dialogue. Imam Bediuzzaman Said Nursi explains this subject in the following way: “(In conventional classic wars), an external attack is retaliated by force because the properties and offspring of the enemy are regarded as the spoils of war. However, the case for interior issues is not the same. The action plan for the interior issues is to act against the spiritual, moral and religious deterioration sincerely with positive and intellectual methods. Activism for religious and moral causes is dealt with differently than the jihad with conventional methods against the external attacks. Now, Allah (SWT) has granted me millions of true disciples. We are going to act positively with intention of protecting order and safety in public life with all our strength. For today, the difference between jihad against external attacks and activism for religious causes is immense.”

Though Imam Bediuzzaman had a character which could not stand insult and bullying and was ready to sacrifice his life unblinkingly for dignity of Islam, he responded to insults, oppression and psychological tortures which were aimed to provoke him with patience and positive attitude in order to run the mission of protecting the faith safely in his second period of life called New Said but again with protecting the dignity of Islam. His following statement is a good witness to this conclusion: “My nature does not endure abasement and insult. Dignity and honour of Islam prevents me definitely being in such a situation. If I get into such a situation I do not care who I am faced, even if he is the cruellest tyrant or a bloodthirsty commander of enemy, I shout out his cruelty and oppression to his face. He may throw me into prison or send me to the gallows, it doesn’t matter.” In spite of this independent character of his, he even did not curse those who had persecuted him and wish their damnation and he declared that he would not seek re-compensation for his rights in the judgement day. Anti-religionist authorities distressed and tried to provoke Imam Nursi in a lot of ways so that he would react negatively and by that way they would find the opportunity and excuse to destroy him. Imam relates these events as follows: “The authorities try my patience and make me fed up. My endurance and not getting involved with worldly matters already annoys them. They nearly say “why does he not interfere with these issues? He should do, so that we can touch him.”

Imam Nursi did not get agitated by provocations and he acted positively and by that way he invalidated the authorities’ plots. He always used to suggest his students to work for faith and religion with sincerity and patience. He said, “You should not lead to damage of hundreds of people by your reckless actions”. For that reason, in spite of all those strict persecutions, not any kind of reaction came from Imam and his disciples. In spite of all those negative propaganda made through press and radio, not any kind of news report was heard which was informing the Risale-i Nur students got involved with any kind of crime.

THE POSITIVE ATTITUDE PRINCIPLES IN THE RISALE-I NUR SERVICE

2. Feeling love and interest for our path but staying away from animosity towards the other paths.

3. Carrying out our duty instead of focusing on successful results which is determined by Allah’s will. It is Allah’s will which will make us successful or not. We are obliged to perform our duties and it is to serve to faith within the frameworks of the Qur’an and Sunnah.

4. In line with the principle which is “the man does wrong but the fate imposes justice”, we need to take precautions against the evil actions of people but we should be content with the ruling of the fate with patience and gratitude considering that the troubles and evils that we are involved with are the result of will of Allah. We should focus on mercy, wisdom and justice aspects of the events.

5. Avoiding disorder among Muslims and establishing safety in the society and bearing nuisances for that reason.

6. We should invite non-Muslims to Islam with a positive attitude but while doing this we should not make concessions for our religion for the sake of ingratiating ourselves into their favour. Imam Nursi says as follows regarding this issue: “Do not get closer to Westerners with concessions and emulation in religious issues because the valley between us is quite deep. You cannot establish a meeting point by filling this deep valley. Either you have to join them or you lose your destination and go astray. (Mathnawi Nuriya)

7. We should unite and avoid conflicts with the other groups within Islam in the face of irreligion and we should focus on common values.

8. We should give up competitive feelings and egotism for the sake of dignity of righteousness.

9. We should be supportive of Muslims’ benefiting from every kind of Islamically legal and appropriate sources.

10.All what you say should be true but it is not right to say all what is true in every circumstances because sometimes it provokes some people and makes counter effect. For that reason, we should determine what to say, how to say and when to say.

11. We should be calm in the face of untrue and inappropriate claims. In those situations, we should keep our temper and should not try to refute the figures that the claimers cherish.

12. We should not seek vengeance for those who have hostile feelings for us and wish guidance for them.

The following recommendation of Imam Nursi regarding this item is remarkable: “Many of my students had to suffer a lot of persecution along with me. They were tormented a lot. I request them to relinquish their rights in the judgement day because they served our cause and the spreading of the truths of faith without conceiving deep manifestations of divine will. Our duty is to wish guidance for them. I suggest my students not to carry any slightest desire of vengeance in their hearts for those who persecuted us and instead work for the Risale-i Nur with loyalty and obedience. (Emirdag Appendix)

Imam Bediuzzaman was addressing to those who put him in prisons and exile for the service that he did to the Qur’an as follows:

“I have just one purpose. That is; I have been hearing the sounds of Bolshevik owls in this country which is a land of Islam in a time when I am approaching to death. These sounds give damage to the essentials of faith of Islamic world. They enchain the people, especially the youth, by making them faithless. I am inviting the youth and Muslims into faith by struggling with those anarchists with all I have. I would like to go into the presence of Allah (SWT) with this struggle. That is all I do. Those who want to prevent me from what I do must only be the Bolsheviks. Set me free. Let us serve all together to the rehabilitation of the youth poisoned by communism, to the faith of the country and to the unity of Allah (SWT).”

[This is the last sermon that Imam Bediuzzaman Said Nursi delivered to his disciples before his decease.]

Our duty is to act positively, not negatively. And, it is to serve to faith to get the pleasure of Allah (SWT) and submit His will. We are obliged to show patience and gratitude for every kind of trouble in service to faith which results in public order.

I would like to give my experience as an example: I have not submitted to tyranny and insolence since my youth. Many events in my life prove that I cannot bear tyranny. For example, I did not come to my feet when the commander came in to inspect when I was in Russia as a prisoner. In another one, I disregarded the questions of pashas in the military court when I was faced with death sentence and also this careless attitude of me towards four mighty commanders after independence war of Turkey shows my disregard of tyranny. But, for thirty years, in the name of acting positively and not involving the will of Allah; I have responded to persecutions carried out against me with patience and contentment. I resisted them with patience and contentment like Prophet Gergis (peace be upon him) and the companions in the battles of Badr and Uhud.

For example; I did not wish damnation for the false accusations of a public prosecutor whose eighty one mistakes I found and declared in the court because what matters is the spiritual and intellectual jihad of today that we are performing and to prevent the spiritual damage that it inflicts. By that way, we are aiming to contribute to ensuring public order with all we have. Yes, there is strength in our cause but this strength is for ensuring the public order. By depending on the principle which is that “No soul, as bearer of burden, is made to bear the burden of another” (Isra’, 17:15) I have been trying to ensure the public order through all my life. This strength can’t be used for internal purpose but it can be employed against external intervention. Our duty is to help the public order to be ensured domestically. For that reason, the civil wars have been rare in the Islamic history and if it was, it was caused by difference of interpretation. The biggest prerequisite of spiritual jihad is not to question the will of Allah.

I have learned from the Qur’an Just like Jalal ad-Din Khwarezm Shah that my duty is performing the service for faith; it is Allah’s will to make me successful or not.

(In conventional classic wars), an external attack is retaliated by force because the properties and offspring of the enemy are regarded as the spoils of war. However, the case for interior issues is not the same. The action plan for the interior issues is to act against the spiritual, moral and religious deterioration sincerely with positive and intellectual methods. Activism for religious and moral causes is dealt with differently than the jihad with conventional methods against the external attacks. Now, Allah (SWT) has granted me millions of true disciples. We are going to act positively with intention of protecting order and safety in public life with all our strength. For today, the difference between jihad against external attacks and activism for religious causes is immense.

We are not interested in world life. When we deal with worldly matters we intend to help people. We are helping to ensure the public order. Because of these facts, we should condone even if they torture us.