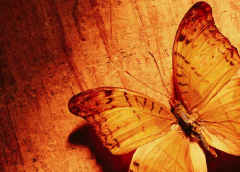 As a work on the philosophy of naturalism’s pitfalls and fallacies, the Treatise on Nature of Imam Nursi is very effective in revealing the inner workings of this intellectually poisonous ideology.

When Bediuzzaman went to Ankara in November 1922, he noticed that an appalling idea of irreligion was spreading in the parliament and that there was a secret plot against the very foundations of belief. Ziya Gokalp, an ideologue of the modern Turkish Republic, was one of the people who was working privately to spread these irreligious ideas. Said Nursi mentioned a debate between them in the Index Treatise:

“30 years ago in a gathering in Ankara, an extreme atheist, Ziya Gökalp, lost the debate against the Second Word (from Risale-i Nur) and he could not even answer back.”

Said Nursi described the dire things he witnessed in Ankara as follows:

“I went to Ankara in 1338 AH (1922 AD). I realized that an very terrible irreligious ideology was working to spoil and poison the faith of Muslims, while they were enjoying the victory of the Islamic army over the Greece. ‘Alas!’ said I. ‘This dragon is going to attack the tenets of faith.’” (The Flashes, 185)

In order to confront that intrigue of irreligious thought, Bediuzzaman Said Nursi consulted the Qur’an, and being inspired he wrote an Arabic treatise titled Zayl az-Zayl; and then published it in 1923 in Ankara. Later, in 1934, Said Nursi translated Zayl az-Zayl into Turkish and named it The Treatise on Nature.

Based on the Quranic verse “Can there be any doubt about (the Existence, Oneness, and Absolute Sovereignty of) Allah?” (Ibrahim, 14:10) Imam Bediuzzaman Said Nursi proved in this treatise how unreasonable the idea that “Nature makes everything” is, which is the keystone of all their thoughts. His method of proving this is truly great here. First he draws our attention to the ongoing creation around us. There are four different ways of thinking about how these wonderful beings exist:

1- A being comes into existence by itself

2- It exists by the effects of various causes

4- It is created by a Divine Creator

The method that Said Nursi used here is first to prove the impossibility of the first three ideas and that there is no possibility other than the fourth option, the creation of a Creator. Then he proved the oneness of the Creator without a doubt by manifesting that it is a rational obligation that the creation of the things must only be attributed to Allah (SWT). Said Nursi expressed the success of this treatise as follows:

“It puts the idea of the irreligion (naturalistic atheism) to death with no chance of revival, and totally shatters the foundation stones of unbelief.” (The Flashes, 185)

The Treatise on Nature shows the ninety impossibilities under nine titles, and proves that beings cannot come into existence by themselves; they cannot exist coincidentally by means of the elements like earth, water, air, fire and light; and they cannot be created by the law of nature which does not materially exist, because creation of a living being from the cell and its sub-particles to the whole body is the result of such complex and difficult operations that only a limitless knowledge, will and power can carry out. The need for limitless knowledge, will and power show that only Allah (SWT) can do it. These wonderful creations cannot be the products of lifeless, powerless, and unconscious coincidental causes and natural laws.

A few of the impossibilities which the Treatise on Nature depicts for us can be indicated as follows:

– Reason cannot comprehend that the medicines in a pharmacy, which are made up with highly delicate scales, could be formed by the random spilling of phials containing chemical ingredients coincidentally without the intervention of a pharmacist. Just in the same way, without a Creator, for living beings which have more complex body structures to come into being simply by means of the coming together of elements such as air, water and earth is even more incomprehensible.

– It is not possible for the bricks of a great and beautifully decorated palace which is to be renovated to place themselves without the intervention of an architect, or for this magnificent palace to change into a new form. Just in the same way, the body of a living being, whose cells and atoms and parts are renewed and developed and changed in a harmonious way, cannot conduct all these activities on its own. There must be a Creator to run all these works.

lots of rooms filled with excellent antiquities and decorated with spectacular embroideries is conducted by the principles which are recorded in the scheme book which shows how the palace needs to be built. In the same way, it is more nonsensical to expect that the formation and running of the wonderful palace of the universe is conducted by natural laws, because those laws neither have life nor consciousness. Thus, there must be a great master who has limitless power, knowledge and will and who created this immense universe with the scales of those rules and runs it by installing them in it, and this master is Allah (SWT).

As can be seen in these three analogies, the Treatise on Nature shows by means of clear evidence that all the options for explaining the formation of beings by other than Allah’s creating them are proved to be impossible, and otherwise we are going to come to accept nonsense conclusions.

With this treatise Imam Nursi has completely refuted the philosophy of naturalism, which is the basis of the irreligious ideas which have been emanating from Europe to the world for the last two centuries. We believe that anyone who has doubts that Allah created the universe and all the things in it will be completely persuaded and satisfied if he reads this treatise.

The Risale-i Nur: the Concept, Content and how to Benefit from it – 2