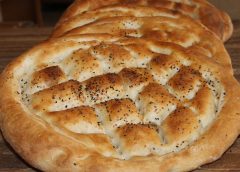 Economics is a very strange discipline among all disciplines partially because of its direct relationship with every part of life. But perhaps what makes it so interesting is its aim to derive empirical and in a way scientific results from social events or behaviours. Thus, the term social science first called with Economics for its method of combining quantitative and qualitative techniques. Say in mathematics, a derived result is certain and undisputable since the data flow has no brake in its own chain. You either gain a result or you do not, as you are either on 0 or 1 in the end. Meanwhile in economics, which heavily uses mathematics in its techniques, a derived result is always open to dispute and can be ruled out in the future. For instance a study in US found that raising interest rates accelerates the money outflow from a country, because it is observed that investors tend to panic and fear the default possibility once the action is taken. As opposed to this, another study found that raising interest rates keeps the capital in the country and stops the money outflow because it is observed that investors tend to take risks for greater profit. The sole reason for this uncertainty is that economics associates its reasoning with social events or situations and collects its data from them which leads us an unpredictable hence an absolute unscientific source; human behaviour.

To deal with this problem, namely to fix this uncertainty about human behaviour as much as possible, economic thought assumes that people follow a certain pattern and base their decisions purely on maximizing their benefit. By making this assumption, any change on the pattern can be explained with an arising profit opportunity which presents a greater benefit from the previous pattern. There is just one problem with this assumption though; it is born in a non-Islamic country.

It is true that Muslims also shape their decision making path with reference to their benefit. Yet it differs from classic economic thought assumption on a very important point; they take afterworld benefits as serious as worldly benefits as a result of their strong faith in the Creator and His words. There is no other thought in the world that directs its followers systematically to do good for the sake of Creator’s consent which pays back mostly in afterworld. However, in order to make an impact on the whole economic system and get a case out of this unconventional behaviour, members of a Muslim society shall act collectively. There is one particular practice that actually fits this description; Ramadan.

As a result of this collective behaviour, a number of studies have been made on Ramadan mostly by Western academics. By and large, they all agreed on the negative impact of Ramadan on economy in response to decreased performance and output during this holy month. It is the significance of this impact that makes a discussion among these articles and some pointed out the increased spending as a counter balance in this context. So every single year, during a whole month, a significant portion of world population act in a way that contradicts with maximizing benefit theory, which hurts the global economy, and the only thing you can do to balance this effect is to encourage spending; or is it so?

It depends on where you look at from and how you perceive it. In a sense, Ramadan is a perfect example of the Islamic notion which suggests that although they primarily aim for the afterworld benefits, every rule of Islam brings worldly benefits not to the individuals necessarily but rather to the whole society. It is very obvious that Muslims gain afterworld benefits by observing Ramadan in exchange for individual worldly benefits. But it can be argued that Ramadan also ensures a healthy economy with the practices of its observers and makes a positive impact to the whole system. To understand this impact, we should think out of context and forget all that so called positive sides of shopping and spending.

Today’s economic view solely focuses on the total output that is produced by nations. They always look for the ways to increase this number and that is why for example they search ways and encourage participation of women into the workforce although we do need them at home. Meanwhile when it comes to the distribution of this produced output, which transforms into the wealth at some point, the system seem incapable of executing this distribution successfully. In USA, which is reflected as one of the most successful economies of the world, top %10 holds the %85 of the financial wealth. Or from another point of view, bottom %80 holds only %5 of financial wealth. Because the total output or Gross Domestic Product is divided by population, an “average” number comes out of it and makes you say GDP per Capita in USA is $ 54,370 per year where in fact bottom %80 of the population does not really get close to this number, yet being omitted by the average calculation.

So it is actually very imperative to ensure a fair distribution of wealth as well as increasing it. In this sense if we are working to increase the total output or wealth for 11 months of the year, we definitely need a month, like Ramadan, to re-distribute it. We don’t need scientific articles to tell us how our spiritual side is down in all that never ending working tempo for 11 months. We do feel the difference when it comes to Ramadan which requires us to give Zakat and encourages to donate and to help the ones who are in need of anything. It is simply a pause to share what we have gained altogether. If just Zakat alone was being practiced in the States, we would reach a number of 3.4 billion dollars to be re-distributed from above numbers. From an economic perspective, that reduces the gap between the poor and the rich and overcomes the social issues since a majority of them are money related. When you add donations and non-monetary aids in this picture, it becomes a whole different story. The fundamentals of economics are not meant to turn people into selfish entities like Tha’labah, yet they should build a nation who prioritizes collective benefit for both worlds in the light of Creator’s consent. As very simple rules and assumptions lie behind these complex fundamentals, very simple things need to be done to correct them like feeling and understanding other people.

A full fasting during the daylight in Ramadan simply can serve this purpose and can trigger the prosocial tasks of helping and sharing. Once the default human behaviour set to help and share in the core of the economic system, the value of Ramadan to the global economy can be understood perfectly.

One thought on “The impact of Ramadan to the economy”