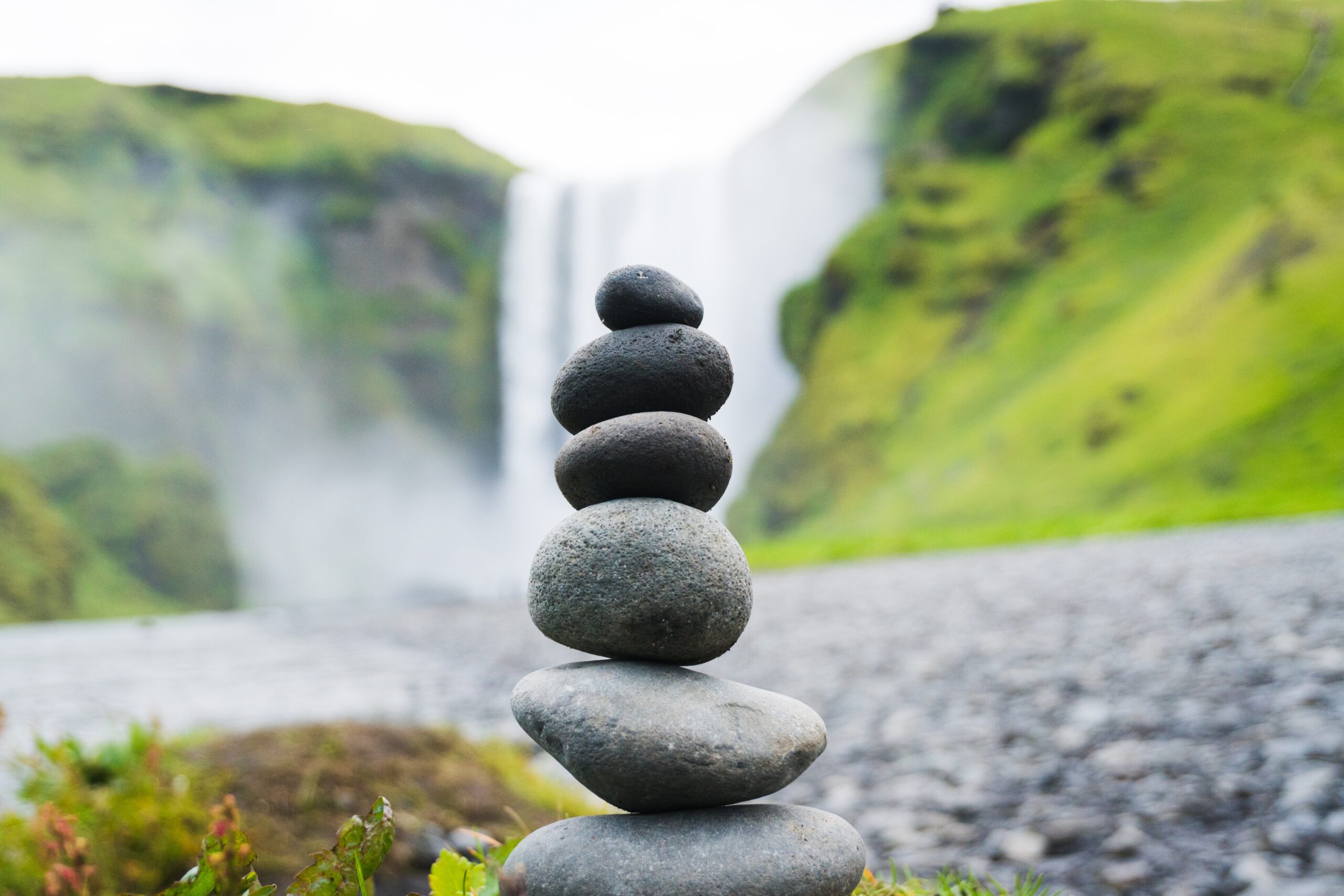 We humans, who were created as the most honored of creation[1], have responsibilities not only for the world, but also for the Hereafter. However, it is also a fact that we cannot maintain this balance from time to time.

Verses and hadiths are our most important basis for being aware of the measure that should be there and to protect this measure. They are the lights that will illuminate our path and help us establish balance. Let’s pay attention to them now.

“Know that the life of this world is but amusement and diversion and adornment and boasting to one another and competition in increase of wealth and children – like the example of a rain whose [resulting] plant growth pleases the tillers; then it dries and you see it turned yellow; then it becomes [scattered] debris. And in the Hereafter is severe punishment and forgiveness from Allah and approval. And what is the worldly life except the enjoyment of delusion.” (Surah Hadid, 20)

In another verse, our Lord states the following:

“And this worldly life is not but diversion and amusement. And indeed, the home of the Hereafter – that is the [eternal] life, if only they knew!” (Surah al-Ankabut, 64)

If we just put these two verses in front of us and think about it, it will at least contribute to our awareness, contemplation with what is happening around us and, as far as we understand, it will lead to a significant change in our actions. Our ideas and actions will gain weight in favor of the Hereafter on the scales where we put our weight and upset the balance.

Yes, as the truth is declared in the verses, the life of this world, although fleeting and short, is attractive. Man is deceived by this lure of the world. The world is essentially a place of temporary benefit and testing. Man is a traveler who came to the world from the world of spirits and stays here for a short time and will leave after a certain period. When the journey here is over, he will meet his Lord, Who sent him here, again. He will return to his original homeland. Although, the end will be either paradise or hell depending on his situation on earth.

The statement of the hadith is of a complete balance. Man is a being who is sent to this world. It is certain that he has tasks that concern worldly life. But considering that he will leave this world after a while, it means that there are other aspects of his being. Islam has defined it as Allah and the Hereafter. In this sense, Bediuzzaman Said Nursi speaks about the three faces of the world.[3] One is regarding Allah, the other concerning the hereafter and the third face is about the world itself. Sentences as ‘this [third] face is temporary, deceptive, selfish, don’t let it deceive you’ are clarifying the matter. In other words, things concerning worldly life will be done, but it will always be in our minds and hearts that these are not real, they are not goals, and the aspects of them that concern Allah and the Hereafter should not be ignored.

Otherwise, considering the dread of the End Times, the face concerning the world will outweigh, and this time the balance will be broken against Allah and the Hereafter. This will be the disaster of man.

The Companions saw the Age of Bliss, got to know our Prophet (pbuh) and learned the truths of faith from him, and acted according the Sunnah at every moment of their lives. Regarding our subject, the following incident is significant.

One day, Abu Bakr (ra) and Hanzala (ra) were worried that they could not find the spiritual pleasure and sincerity they felt while in the presence of the Prophet (pbuh) at other times. They even thought that they might be hypocrites. When they told this situation to the Messenger of Allah (pbuh), the Prophet (pbuh) said: “I swear by Allah, who holds my soul in His hand, that if you were to continue as you are with me and be in dhikr, the angels would be with you in your beds and on your roads.” “But O Hanzala, dedicate one hour to worship and one hour to your worldly affairs,” he said, and repeated this word three times.”[4]

We and the world have a material reality. This cannot be ignored and cannot be disregarded. We eat food, drink water, use medicine and more… We build houses, plow the fields, and do shopping… In other words, we obey the conditions of the world as created by Allah and commanded to be. This is what it should be. But we also know that Allah created us only to worship Him.[5] Since the idea of separating religion and worldly affairs from each other has been tried to be placed in the world, people have unfortunately been confused. In fact, working for worldly affairs is also a form of worship. They are not separate from each other.

Otherwise, just as it is not appropriate to turn completely to the world, it is not considered appropriate to withdraw from the world altogether and retreat into seclusion. There is no clergy in Islam. Our Prophet (pbuh) warned some of his companions who did not sleep during the night to pray, distanced themselves from their families, and fasted uninterruptedly. He (pbuh) advised them to act in moderation and to take himself as an example. Perfection is found neither in the excess in one direction nor in the excess in the other. Perfection is in steadfastness and in finding the middle way.

Humans are not in a fixed position like angels. He has a high potential for progress as well as decline. He is in a constant struggle with his lower self (nafs) and his desires. He must meet his needs such as food, water and shelter. He is encouraged to be together with his family and relatives, to engage in a legitimate business to earn his livelihood, thus both providing halal sustenance and being beneficial to people. These preoccupations turn into worship with a good intention.[6] However, a believer should be vigilant in this regard. He should not give the price of diamonds to worldly affairs, which are like broken glass pieces. It should not be forgotten that the real life is the hereafter. He should put the world out of his heart, not out of his mind.[7] Of the material, spiritual equipment and feelings given to man, he should use the milder ones for the world, and the stronger ones for the hereafter. Perhaps one-tenth should be used for the world, nine-tenth for the eternal life.[8]

In this regard, the story of Qarun is a great lesson. In surah al-Qasas, it is told that Qarun was from the tribe of Prophet Musa (pbuh) and became spoiled with greed and envy when Allah Almighty gave him enormous wealth. When he boasted that he had earned the gift of this property not by the grace of Allah, but by his own knowledge and power, he was buried into the ground along with his wealth. In this surah, Allah Almighty gives us such a beautiful standard:

“But seek, through that which Allah has given you, the home of the Hereafter; and [yet], do not forget your share of the world. And do good as Allah has done good to you. And desire not corruption in the land. Indeed, Allah does not like corrupters.” [9]

It will be beneficial for us to participate in ilm halaqahs (circles of knowledge) to ensure the balance of the world and the hereafter. Because people can forget the truth very quickly and dive into the lure of the world. For this, the circles of knowledge, which we will be in constant contact with, will keep us awake. In these meetings, not only knowledge, but also the existence of students who come there and benefiting from their sincerity has a special importance. Finally, beauty prevails. Being together has the secret of in‘ikas and insibagh (being reflected and being dyed). And there are also manifestations of mercy in the communities that are doing good deeds. In this regard, contemplating the death is also a very important remedy.[10] A believer must be between hope and fear. Even if he is immersed in the sins of the world, he should not give up turning to mercy and forgiveness, he should not fall into despair, nor should he rely on his deeds and fall into conceit and pride. He should also have fear in the heart.

One of the advices of Bediuzzaman Said Nursi in this regard is as follows: (…) the benefit of preserving the balance between the hereafter and the world and of remaining always between fear and hope require that it is possible to die or live every moment.[11]

May our Lord grant us to be among the servants with whom He is pleased, who maintain the balance of the world and the hereafter. Amen.

[1] And We have certainly honored the children of Adam and carried them on the land and sea and provided for them of the good things and preferred them over much of what We have created, with [definite] preference. (Isra, 70)

[7] For measurements from the life of the Companions on the subject, see: Tılsımlar (Ottoman Turkish) p. 100