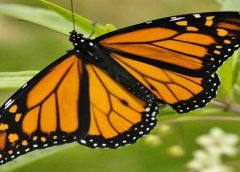 Tawafuq (sychronicity) in the universe opens the gateways of wisdom for those who wish to decipher it.

Tawafuq (the synchronicity of things and events in time and place) is a talisman and a cipher in which the mysteries of the book of the universe are encoded. It clearly indicates the wisdom and knowledge, will and power, order, measure and balance, coherence and cooperation, similarity, alliance and unity behind the existence of the universe. It is a seal which proves the existence of the magnificent and great Lord of the universe; and a key to the treasure of the names and attributes of Allah (SWT).

Tawafuq in the divine rules and practices

When we carefully observe all of creation, we can see examples of tawafuq in the entire universe. Tawafuq is a reality which appears as the coherence, balance, measure and similarity in things; and it shows itself wherever there is measure and order; because if there is balance somewhere, tawafuq is there. The existence of measure and order is the sign of tawafuq. Coherence in the microcosm and macrocosm gives evidence of tawafuq. The unity and similarity of the creatures are the greatest proofs of tawafuq. That is why Allah (SWT) practices tawafuq in His deeds, creation, art and work. Thus, we can say that tawafuq is a divine law.

Whoever knows himself, he knows his Lord. Therefore, we should first see the tawafuq in ourselves. The similarity, measure, coherence and proportion of our fingers and toes tell us about tawafuq. For instance, systems like the neural system, the digestive system, the circulatory system, the urinary system, the lymphatic system and the skeletal structure of the body must work together so that man can live healthily. If one system has trouble, the entire body gets affected, and its life may even be in danger. All these systems are connected, and affect each other. If there were not a tawafuq among all these intricate systems, there would not be healthy life, and actually there might not be life at all. Therefore, the life of a healthy man is the result of tawafuq.

A coherence, similarity, cooperation and measure similar to that in man is also seen in animals and plants. The beauty, coherence and similarity of the embroideries on the wings of a butterfly and the gorgeousness of that embroidery fascinate us. The similarities of the leaves, flowers and fruits of the trees are self-evident and excellent examples of tawafuq. Seeing the miracles and wonders of power in the corn and the pomegranate, and realizing the balance, measure, coherence and order of them, how can it be possible to say that they are the results of coincidence? The tawafuq between atom particles and the solar system, the delicate measure and balance in the movements and rotations of the planets and stars in space are all proofs that there is no possibility of coincidence and randomness in the microcosm or the macrocosm. There is a purpose and will in everything from the molecule to the sun.

Tawafuq is a password. But of what? It is the password of tawhid (oneness). We see the oneness of Allah in the tawafuqs. Tawafuq proves oneness and unity everywhere it is seen. Tawafuq is a display of the power of Allah.

Imam Bediuzzaman Said Nursi said, “The fact that there are many resemblances and coincidences between different things with regard to their essentials and results; for example, between the major members and organs of animals’ bodies, and the fact that they display a single stamp of Unity, indicate in decisive fashion that the Maker of animals is the same; He is One, He is Single, He possesses Unity. And the fact that these animals have different identities and distinct appearances, all determined by wisdom and purpose, indicates that their Single Maker is One Who acts with choice and will. He does what He wishes to do, He does not do what He does not

Let’s give some examples showing that there are evidences of tawhid in tawafuq. There is coherence among the systems in the human body as we mentioned earlier. Whoever put the neural system in the body also put in the other systems which work together, because there are contacts and relationships between them. A problem in one system affects the others. That is, for someone to be able to put the neural system into the body, he has to know all the other systems working in the human body.

Whoever moves the particles of an atom puts the entire solar system in order. One who cannot command the sun cannot own the solar system.

The similarity and coherence between the atomic pattern and the solar system shows the tawafuq on the one hand, and it shows the oneness of the Maker of these two on the other. That is, it gives evidence of tawhid.

Whoever creates one of these is the creator of all of them. Whoever cannot create all of them can create none of them. Whoever created a liveable atmosphere gives life to the bee and the flower, because whoever cannot do one of these things, cannot do the others. We can give more examples, but we will suffice with the above examples. Imam Nursi briefly expressed these truths as follows:

Whoever created the sun and the Milky Way is surely the creator of the eyes of the mosquito. Whoever organized the solar system has surely put the belly of a flea in order. Whoever put the light in the sky has placed sight in the eyes; and placed needs in the stomach and set a table of food upon the earth. (The Words, p.325)

Tawhid (Divine Unity), one of the four fundamentals of the Qur’an, is the greatest truth that pervades the universe. It is tawhid that clearly shows itself with tawafuq as well. There are proofs of the existence and oneness of Allah everywhere and in everything. Just as a work of art indicates an artist, a literary work indicates an author, an action indicates a doer, so too does tawafuq show the power of Allah, an All-Knowing Ruler, and an Almighty Creator.