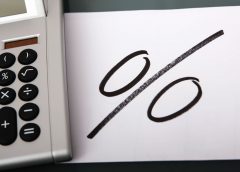 Interest, which is an undeserved gain, leads to the breakdown of the social order. To abolish it would close the door to many conflicts it causes.

As economic events can be seen like social events, the economic effects of interest and all the problems that occur due to interest can be seen as its social effects. Indeed, in countries where the economic troubles such as unemployment, low income, corrupt income distribution, people are, in the words of Plato, like idle masses carrying poison in them. Some of these people are deeply in debt, some in disgrace, and some in both. They bear a grudge against the ones who take away their goods and against all citizens; and they secretly gather to seek ways to hurt them. All their thoughts turn to overthrow the state and to change the order.1

The rich who ignore these unhappy people never think anything but lending money and gaining interest. With poisonous stings, they keep stinging the citizens who are short of money. As they increase their capital, bumblebees and outcasts grow and multiply in society.2

So in this article we will try to point out the social harms of interest.

Inflation, one of many economic problems caused by interest, negatively affects the social structure and the relationship between social classes. The distribution of income and wealth in an unfair way due to inflation leads to the melt down of the middle class and leads to two poles sharply separating people as rich and poor, very high and very low income earners in the pyramid of society. Too much distance between social classes and the layers itself is a source of unrest, tension and imbalance. The ones who really suffered the loss of prosperity and fell in misery due to inflation become exposed to this situation undeservedly and without a reason. Thus ‘the inflation poors’ view about ‘the inflation riches’ will inevitably be unfriendly. Obviously this situation will cause tensions between social classes and groups; and if the financial difficulty becomes unbearable, this could even lead to social explosions.3

A society in which the lifestyles have quite broad distance between different classes, in which the lower and upper income groups almost have segregated neighbourhoods, and in which people have irrelevant tastes from one another is actually a result of the interest or the problems arising out of the economic structure affected with multiplier effect by the interest.4

Actually, the social class separation and conflict caused by the interest is not a new problem; the presence of it extends into ‘antiquity.’ In ancient times, after the spread of lending with interest rates, small producers had to borrow at high interest rates in order to pay the rent; when they could not pay back their debts, they have fallen into the slave state. Thus was created a new resource for slavery. In parallel with developing industry and commerce, a new class has appeared between small peasants and big landowners. This urban rich class, taking peasants to their alongside with other sectors under their control, formed a stance against the nobles. As a result, the difference between rich and poor class increased and power struggles gained momentum with the conflicts between classes.5

Imam Bediuzzaman Said Nursi’s statement is really remarkable in this situation: “Close the door of bank (interest) in order to close the door of fight.”6 Qureshi made an observation about this issue: “This thing, which is called interest, has responsibility for most of the unrest and disorder in the world.”7

Because of credit mechanism mobilized by institutional interest groups, an extremely small group of people totally dominate the economy management and can use the full advantage of a tremendous financial strength which is disproportionate to their own equity capital. In other words, that small group get richer and richer by killing someone’s bird with someone else’s stone.8

Due to the margin of interests individuals or governments gain, the earnings earned by great efforts of all humanity passes to the hands of a minority.9 This debt, which results in the monopolization of wealth, makes the owners of wealth effective in many areas including administration. Thus, these minority groups attempt to create suitable laws for their own benefit and to change the laws that are against them.10 Or they bring the people who are suitable for their own benefit into administrative positions they want to and vice versa.11 Also, they do not hesitate to use public facilities for their own benefits.

One of the significant harms of interest is to cause depression; in other words, being a reason for chaos. Parviz Khatami explained the America’s Great Depression in 1931 and 1939 as follows: “Large commercial and industrial organizations wanted to meet the need for money, and got indebted on large scales by debt securities. They went an impasse when demand is reduced in excess production. If they had reduced prices, they could not afford costs and the interest payments. What is more, there was no way to continue with those prices. So the government had ridden free money, and eventually faced a serious crisis.”13

A German writer, in his book on interest disaster, wrote that the reason for the economic chaos in the world is the interest; and proved that the entire world is cheating each other.14

In other words, the economic crisis generated by interest and as a continuation of that, the political instability can start appearing in various ways. From the political power’s changing hands by election in favour of the opposition groups, to the murders for political purposes, robberies and conflicts, military interventions and even revolutions, it shows great variety. In this regard, it is enough to remember the last 50 years of Turkey’s history.15

Again due to the interest, the capital owners do not tend towards the works, though beneficial for the general public, which are less lucrative and not much helpful financially according to the interest rates of the capital market. In contrast, the capital goes to unnecessary but more lucrative jobs. In other words, since the interest factor has also cost factor, the owners of capital will prefer to invest in sectors that can bring high-income instead of investing in the sectors bringing low profit but have more social benefits. And this naturally leads to the breakdown of the social order.