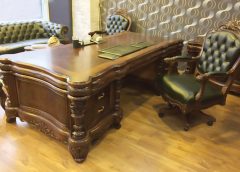 Power must serve the truth

“If the principles in the wisdom, the honesty in the administration, the laws in the truth, and the bases in the power are not relied upon and not asked for help, they become neither successful nor effective among the nation. When the marks of Islam are neglected and abandoned in shariah, they are not relied upon and they are not trustworthy.” (Imam Bediuzzaman Said Nursi)

Power must serve the truth, justice, reality, nation, and religious and national values. And this is possible when the laws, scientific principles and the rules of the power support each other, when they stand shoulder to shoulder, when they strengthen each other and when they do not contradict each other.

Wisdom is that the administration, truth and power do not conflict with one another and that they form integrity so that they have an effect on the people and the desired results are accomplished in practice.

People want to see this harmony in their works, because this harmony gives them confidence and hope. Otherwise, they [administration, truth and power] lose their impact on the people. In a society where the academic life, justice, power and laws confront each other, you see much division both in thought and life. People cannot look to the future with confidence.

Sometimes opposite contains its opposite

“Sometimes opposite hides its opposite. In the language of politics, wording is the opposite of meaning. Oppression has worn the cone hat of justice. Treason has worn the dress of patriotism. Jihad and holy war have been named ‘assault.’ Sensual captivity, satanic domination has been called freedom. Opposites have become similar, figures have exchanged, names have taken each other’s place, positions have changed hands.”

The following are some of the examples he gives about this matter:

Bediuzzaman points at a mistake in the mentality that existed in his time and still exists today. People use this kind of deceptive meaning to avoid a guilty conscience, deceive themselves, justify their bad actions and ensure its continuity. For instance, they continue their oppression under the cover of justice. They betray their country under the cover of national and state interest. They act according to passions, ambitions, greed, and whims under the cover of freedom. Thus, people continue to live with a self-deception that comes with avoiding a guilty conscience and justifying their bad actions.

Politics based on interest is a monster

“The current politics built upon interest is a wild beast, a monster. If you show love to this hungry monster, you do not have mercy, but increase its appetite. Then it comes and demands more [even after filling its stomach].”

According to Islam, the goal of the politics (actually its reason for being) is the establishment and continuance of justice, helping the oppressed, preventing the tyranny of the oppressor, ensuring the freedom of religion, conscience and thought, showing the right way to people for the happiness in the world and hereafter by rehabilitating them; in short, living humanely, in a Muslim way, without marginalizing others. This understanding of politics is the legacy of the Prophet. It is the most honourable of the arts. It is the best of the works.

According to Imam Bediuzzaman, the politics in his time was based upon interest – it is still the same in today’s world, especially in the understanding of western politics. According to him, the politics of this age is not for ensuring the peace and tranquillity of the humanity; nor is it for ensuring the prevailing of security and public order. On the contrary, it is based upon the understanding that the great majority of people serve the states which hold the power in the world, that they listen to the states, and continue their lives as objects to the states.

According to Imam Bediuzzaman, interest-centred understanding of politics looks like a monster. And being afraid of this monster is only increasing its appetite. This is because to see the weak in front of it causes this monster to have arrogance of power.

As it is seen, an understanding of politics based on interest marginalizes people. It wants to use the nations for its interest with perception operations like so-called service, justice, security, and confidence. Supposedly it saves people from many burdens. Moreover, it expects unbelievable things in return from the people while doing all of these things.

Therefore, Imam Bediuzzaman Said Nursi wants to give lesson to people with the following example against this type of self-seeking politics:

Now that you [current politics] are murdering [us], dying will be in two ways.

First: Prostrating ourselves before you; killing our own spirit and conscience with our hands by surrendering to you and letting our bodies be destroyed by you.

Second: Spitting on your face, slapping you; our spirit and heart survive but our bodies become martyred. Our creed and virtue is not insulted; the honour of Islam is not ridiculed. 1