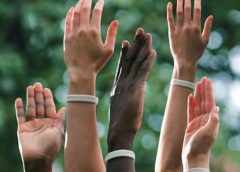 This old story is of the brothers and sisters. A very story which has been repeated since Habil and Qabil, the sons of prophet Adam (AS). The evil inclinations of human have their roles in this story as well as Shaytan (satan) himself. This is something which if it is obtained in a straightforward way it will be the building blocks of solidarity and cooperation in the society. Otherwise; it will trigger chaos and clash and turn the life into a hell.

The fellowship and fraternity is installed among Muslims by the Qur’an with the following verse: “The Believers are but a single Brotherhood: So make peace and reconciliation between your two (contending) brothers; and fear Allah, that you may receive Mercy.” (Al Hujurat, 10) However the case is not as plain as it may be supposed. Human’s evil commanding nafs (self) produces plots against human himself. Many times jealousy and hatred damage relations among Muslims. Then, undesirable and unfortunate events occur and sometimes people may have to confront the situations which they never guess.

Taking into consideration these possible dangers in relations among Muslims our beloved Prophet (PBUH) has defined the limits of brotherhood for Muslims. In the following hadith which is taken from Muslim, a famous hadith source, we can see a complete definition of brotherhood:

He neither oppresses him nor humiliates him nor looks down upon him. Piety is here – and he pointed to his chest three times. It is evil enough for a Muslim to hold his brother Muslim in contempt. All things of a Muslim are inviolable for another Muslim: his blood, his property and his honour.”

Although we are aware of the divine sanctions on brotherhood we sometimes cannot help indulging to the seditions of our nafs and we perpetrate some evil actions against our Muslim brothers or sisters. So, how can we run a strategy to get on well with our brothers, to keep our relations with them smoothly?

We are likely to have quarrels with our friends due to any reasons. Suppose we have such kind of an experience with a friend. So, what will we do? How should be our reaction? What kind of a strategy should we use to minimize the damage which we and our friend are given? Imam Bediuzzaman Said Nursi, a prominent Muslim scholar who lived in Turkey between1873 and 1960, gives us very important clues to avoid breakups in our relations with Muslim brothers or to repair them if we have any.

First of all we have to realize that in any dispute with a friend, the other party cannot be responsible for the dissent a hundred per cent. So, as Muslims we should take the role of the destiny into account. When we accept this fact and realize that it is inevitable to live such kind of an unhappy event in terms of fate, we will reduce our frustration and feel relieved at once. Secondly, we should reckon the effect of the Shaytan (Satan) and evil commanding nafs in this dispute. Most probably our poor brother is intrigued by devil and he bowed desperately to him. In that case what we should do is not to get angry or take revenge from that brother. All what we have to do is to have mercy for this brother and to help him because he is deceived by Shaytan and he is not aware of his situation. In the third step, we should inspect our responsibility in this bothering dissent, too. Of course, we also have a share in such kind of a disagreement and to realize our share will provide us to take a step back and assess the incident with sobriety. Finally, there will be a little share as the fault of our friend but sheltering under the name of Allah al-Ghafur (SWT) (who forgives all sins), we should forgive our friend and keep our good relations with all brothers.

All Muslims are like the parts of a huge body which is indeed the Muslim ummah. As different parts of this huge body we should fulfil our duty responsibly and unselfishly. In order for a body to do his functioning without stopping all parts of it have to work cooperatively. If the parts compete with each other, instead of cooperation, then the result will be chaos. Imam Nursi explains this point delicately in his following words: “For just as one of man’s hands cannot compete with the other, neither can one of his eyes criticize the other, nor his tongue object to his ear, nor his heart see his spirit’s faults. Each of his members completes the deficiencies of the others, veils their faults, assists their needs, and helps them out in their duties. Otherwise man’s life would be extinguished, his spirit flee, and his body be dispersed.”

Hatred, anger, jealousy, hostility and grudge are the hazardous feelings which have the ability to destroy our relations with friends and public peace. How can a Muslim bear grudge and jealousy to his Muslim brother? In theoretical level it seems impossible for a Muslim to have these negative feelings. Let me explain it. Why is a man jealous of the other man? It is because of worldly property, rank, fame and popularity. How should a Muslim think in such kind of a situation? Well, actually that’s the matter of fate. If Allah (SWT) predestined in the book of fate for that man all these properties so what could the other man do? What he should do is only to consent and be respectful to the predestination of Allah for that Muslim brother. Otherwise, it would be damaging both himself and his brother.

Bediuzzaman Said Nursi portrays the situation of the owners of these feeling in the following way: “Those who cherish rancour and enmity transgress against their own souls, their brother believer, and Divine mercy. For such a person condemns his soul to painful torment with his rancour and enmity. He imposes torment on his soul whenever his enemy receives some bounty, and pain from fear of him. If his enmity arises from envy, then it is the most severe form of torment. For envy in the first place consumes and destroys the envier and its harm for the one envied is either slight or nonexistent.”

So, what is the solution for those who are smitten with these negative feelings towards their Muslim brothers? Indeed, the solution is very concise but if it is applied well it is very effective to heal all these feelings stemming from grudge and jealousy. Let us hear from Imam Bediuzzaman Said Nursi: “The cure for envy: Let the envious reflect on the ultimate fate of those things that arouse his enmity. Then he will understand that the beauty, strength, rank, and wealth possessed by his rival are transient and temporary. Their benefit is slight, and the anxiety they cause is great. If it is a question of advantages enjoyed with respect to the Hereafter, they cannot be an object of envy. But if one does envy another on account of them, then he is either himself a hypocrite, wishing to destroy the goods of the Hereafter while yet in this world, or he imagines the one whom he envies to be a hypocrite, thus being unjust towards him.”

As Muslims we live in a hard time and harsh geography. There are many opponents of Muslims who will be blissful when they see us in clash. We do not have the luxury to indulge our selfish low desires at the expense of brotherhood among Muslims. So, let us stick to the following verse for our salvation: “And hold fast, all of you together, to the Rope of Allah (which is Islam) and be not divided among yourselves.” (Al-’Imran, 10)

*Quotations are extracted from 21. Flash and 22. Letter of Bediuzzaman Said Nursi.