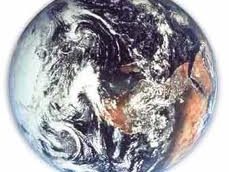 QURAN AS THE ABSOLUTE SOURCE OF RELIGION

One of the fundamental reasons which urged Nursi to expound his ideas in Risale-i Nur is his the sudden realization of the greatness of the Qur’an after reading a report of a statement made in the British house of Commons by the Minister of State at the Colonial Office: “So long as the Muslims have the Qur’an, we shall be unable to dominate them. Either we must take it from them or we must make them lose their love of it.” Struck by the strong message of the statement, Nursi set up to prove and demonstrate to the world that the Qur’an is undying, inextinguishable Sun.

Nursi believes that the Holy Qur’an addresses the very essence of human being namely his reason and induces human reason to reflect everything that exists around him. It directs man to examine the universe and its functioning in order to learn its true nature and purposes as the creation, and thus to learn the attributes of its Single Creator and his own duties as a creature. This is the method employed by Nursi in Risale-i Nur. He imitates the Qur’anic method by provoking the human mind to think through the creations of God. The universe is seen as a valuable source and proof to demonstrate the true nature of the Creator. Using empirical and demonstrative proofs in understanding God will further help the believers in facing the challenges coming from the modern scientific worldviews. In other words, Nursi is trying to push the Muslims not to merely accept the principles of faith laid down by the Qur’an and traditionally preached by the religious teachers, but to support this faith with the rational and logical proofs. This will also bring their faith at par with the development of the scientific discovery took place in this time.

2. HARMONIOUS RELATION BETWEEN REASON AND REVELATION

Apart from the absolute nature of the Qur’an, Nursi also based his framework on the premise that there is no contradiction between what is revealed by God and what is inherently given by God to man which is his intellect. He believes that the messages given by God through the revelation must be in line with reason. The Qur’an, which is comprehended through the organ of the heart, is the absolute sources of religion, while the reason whose object of comprehension will develop into scientific knowledge would ultimately lead to the affirmation of the revealed truth.

It is thus necessary, Nursi reminds, to bring both philosophy and science closer and subservient under religion. What has happened is that the western philosophy and science has been very far from religion, imbued with materialistic, atheistic philosophy, and when it has infiltrated into the Islamic thought, it has caused great confusion among the Muslim without them realizing it. Therefore only by truly understanding the Qur’an as the true source of religion the confusion can be remedied and the harmonization of religion and philosophy can be achieved.

Nursi manifests this harmonization clearly in his exposition:
The religious sciences are the light of the conscience, and the modern sciences are the light of the reason. The truth becomes manifest through the combining of the two. The students’ endeavor will take flight on these two wings. When they are separated it gives rise to bigotry in the one, and wiles and skepticism in the other.

NATURE AND SCIENCE AS THE ALLEGORICAL INTERPRETATION OF THE QUR’AN

As the Qur’an itself affirmed that there are a lot of lessons and proofs of the existence and the greatness of God in the nature, Nursi set out to examine in the maximum manner this open book of God and used them as parables in his proofs of the truth of Islam. The nature or the cosmos according to Nursi is a vast open book which is to be pondered, understood and interpreted. As the open book of God, the universe furnishes proofs of the fundamentals of belief such as the Divine Unity. He also relates this open book of cosmos with the Divine Names of God. All sciences and arts demonstrate each of the Divine Names, such as the true science of philosophy is based on the Name of All-Wise, the true medicine on the name of Healer, and geometry on the Name of Determiner and so on.

Therefore there is a great parallelism between the development and discoveries of science and the truth of religion. The more we go extensively and intensively in the scientific matters, the closer we will be to the religious truth:

Nursi believes that in the future when reason, science and technology prevail, that surely be the time the Qur’an will gain ascendancy. This belief is reflected in his strong commitment in looking at the deeper understanding of scientific knowledge during his educational life which saw him excelled in his study on the scientific knowledge of his days such as mathematics, science, physics and philosophy. It is due to this well-equipped knowledge of the modern sciences he possessed that enabled him to elaborate in the excellent manner the religious truth through the language of modern science as clearly reflected in his Risale-i Nur. He also believes that a proper combination between religious and modern sciences will finally result the true wisdom.

The conscience is illuminated by the religious sciences, and the mind is illuminated by the sciences of civilization and wisdom occurs from the combination of these two’
In addition to that, he also used his strong logical and philosophical ability plus his strong memory and imagination to present those religious ideas through allegory, parables and stories which is closer to the understanding of the common people:

The reasons for my writing these treatises in the form of metaphor, parables and the stories are to facilitate comprehension and to show how rational, appropriate, well-founded and coherent are the truths of Islam. The meaning of the stories is contained in the truths that conclude them; each story is like an allusion pointing to its concluding truth. Therefore, they are not mere fictitious tales, but veritable truths.

If al-GhazĀli could destroy the philosophical basis of the Greek philosophy which is widespread at his time through his well-grounded knowledge of that very science, Nursi, through his well-grounded knowledge on the modern scientific knowledge, was also able to launch a strong attack on the ideas underlying the modern science such as the idea of absolute causality. He has destroyed the myth of the materialists by attacking the idea of the mechanistic nature of the universe. It is absurd, according to Nursi, to attribute a single event or an effect to a cause, or to nature, or to laws or forces of nature. It will make the whole universe meaningless, a confused agglomeration of chance causes, which is rationally impossible.

ANALYSIS AND CONCLUSION: NURSI’S FRAMEWORK AS AN IMPORTANT FOUNDATION OF A SYSTEMATIC ISLAMIC WORLDVIEW

Undoubtedly, the framework of thinking which is based on a strong theological and spiritual basis as manifested in Nursi’s thought is pertinent in the process of reviving the true understanding of religion. This framework is also reflected in the works of many other modern Islamic thinkers who tried to revive the understanding of religion such as Muhammad Iqbal, Fazlur Rahman and Syed Muhammad Naquib al-Attas. Despite their differences in the detail of their approaches, all of them have strongly emphasized this theologico-spiritual framework in one way or another in the exposition of their ideas. Their writings of this sort have proven to linfluence substantially the minds of the later scholars not only in their respective countries but also in the Muslim world as a whole. Similarly, Nursi’s emphasis on these two aspects mainly through his Risala-e Nur has proven to give a strongest impact on the mind of the followers.

The reason for the importance of these dimensions is mainly due to the fact that they are the basis of man’s epistemology which, in turn, will form the most important aspect of his worldview. In the Islamic context, the formation of a proper worldview is very pertinent for it will determine the Muslim conception of important matters such as God, man, universe, religion, life and others. The Islamic worldview must not only include the physical realm of existence as reflected in the modern secular worldview of the Western civilization, but it must include spiritual and metaphysical dimensions. It is only through the proper epistemological method based on the acceptance of the theological and spiritual aspects of existence that a proper worldview of a person can be properly constructed. In other words, what Nursi is attempting, following the tradition of the great thinkers of the past, is to reconstruct the worldview of Islam based on the necessary need and context of the contemporary Muslims.

Therefore, one most fundamental lesson the contemporary Muslims can learn from Nursi’s intellectual legacy is the great need to properly identify and explain in a clear and systematic manner the important elements of Islamic worldview to the Muslims. This is due to the fact that the development of a worldview, as argued by Alparslan Acikgenc, in Muslim societies has taken place haphazardly whereas it should rather develop in a more systematic manner. A proper worldview should be developed through a proper inculcation in the individual of a society through concepts, ideas and doctrines whose clear and transparent definitions are provided by a systematically organized body of knowledge. According to Acikgenc, there are two ways in which the rise of a worldview can take place: 1. In a natural way where the mind uses its natural capacity to develop a perspective for itself and there is no conscious effort by the individual, thus a worldview is formed as a matter of habit that is dominant in his life, through his culture, technology, scientific, and speculative ideas. 2. In a systematic way in which the worldview systematically inculcated through a system which mainly developed through proper education.

In the case of contemporary Muslim society who are very much dependant on the western framework of thinking only through the development of a proper worldview based on appropriate framework of thinking based on well planned Islamic educational system, we can stop the influence by the western worldview which are encroaching into various walks of life of the contemporary Muslims. What Nursi was doing through his Risale-i Nur and what al-GhazĀli was doing nearly a thousand years earlier through his IhyĀ-i Ulûm al-Dîn were great efforts to revive the Islamic worldview through the theologico-spiritual framework which must be continued by the contemporary Muslim scholars. Only through the continuation of this Islamic tradition the faith of the Muslims can be preserved and the great Islamic civilization can be rebuilt.

President Gormez: There is potential for a better TRAD in the future