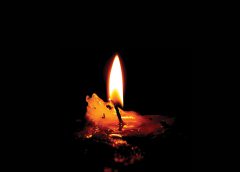 “Do you order righteousness of the people and forget yourselves while you recite the Scripture? Then will you not reason?” (The Qur’an, Baqarah, 2:44)

Years ago one of my friends complained about a man who frequented his lectures: “He is so egotistical and arrogant. I do not know how to teach him not to be so egotistical and proud.” I advised him “Talk about the badness of egoism and arrogance and the ways to overcome them when he is present in the classes. Do not directly address him however! He will take his own lesson.” But my friend said “I gave such talks in the classes from time to time. He listened to them. He even shared his knowledge about the topic sometimes. However, he never appeared to realize his own situation or be concerned about getting rid of it.

Later I also met these kinds of people. There were very knowledgeable ones among them. They knew that egoism, conceit, arrogance and envy are bad traits. What is more, they even sometimes gave talks about how to overcome these traits. Despite this they could not get rid of them. All the more, the amazing thing is that they did not seem to have a wish or struggle to overcome these bad qualities. Maybe they did not even know that they had these qualities.

What is the reason behind this?

This is also true for the illnesses of lower self. Some people know their faults and flaws; they can overcome them in an easy way. However, it is really difficult for the people who are unaware of the illnesses of their lower self or who think – due to their arrogance – that they do not have such illnesses.

The biggest mistake of these kinds of people is that when they learn the subjects of disciplining the lower self, they do not learn for themselves but for others. They think that they must reach and educate people. For this reason, when they study about the illness of envy, for example, they think about the envy that exists in others, not in themselves, and they try to teach people how to get rid of envy.

“He has forgotten his self, and is not aware of it. When he thinks of death, it is for others. If he sees extinction and disappearance, he does not attribute them to his self. His evil commanding lower self demands that when it comes to [suffering] hardship and serving others, he forgets his self [to take responsibility], but when it comes to receiving recompense, benefits and enjoyment, he [first] thinks of his self. His purification, cleansing and training at this stage is the reverse of this situation. That is to say, no to forget [his self] in a state of forgetfulness. That is, to forget his self when it comes to pleasure and ambitions, and to think of his self when it comes to death and serving others.” (The Risale-i Nur Corpus, Addendum of The Twenty-sixth Word)