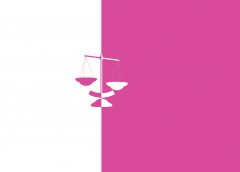 “Men are in charge of women by [right of] what Allah has given one [men] over the other [women] and what they [men] spend [for maintenance] from their wealth. So righteous women are devoutly obedient, guarding in [the husband’s] absence what Allah would have them guard. But those [wives] from whom you fear arrogance – [first] advise them; [then if they persist], forsake them in bed; and [finally], beat them [lightly]. But if they obey you [once more], seek no means against them. Indeed, Allah is ever Exalted and Grand.” (The Qur’an, 4:34)

Husband is the head of the family

There is a prevailing Divine law in the universe: all systems work as connected with a certain centre. For instance, the system in the atom continues with the movement of the electrons as connected to the nucleus at the centre. Similarly, the Solar System continues to exist with the movements of the planets which are connected with the Sun at the centre. This law is valid in every galaxy in the universe. As Imam Bediuzzaman said “The Pre-eternal Power that has not left the ants without a leader and the bees without a chief would of course not leave the humans without a messenger.” (The Letters, p.258) Without a doubt, the humans and animals are also subject to this law. They are not exempt from it.

Yes, every bee hive has a chief. As a matter of fact, the first cluster of bees has three or four chiefs. After finding a hive they kill all of these chiefs except one. This is because they cannot continue their lives if they are ruled by more than one centre.

Similarly, the continuation of an ant colony depends upon the existence of one ruler.

As a matter of fact, this law is so important that we witness it everywhere. For instance, a mother fish lays its eggs, and then goes on its way. She does not look after the eggs or the young fish. Therefore, Allah (swt) makes one of these young fish their leader. All of them act depending on him, thus maintaining their lives.

As it is well known, if a ruler does not have rewards for the obedient and punishment for the rebellious, his rule does not last long. As Imam Nursi said, “If the army is victorious, booty and honour belong to the troops; if it is defeated, its commander is to be blamed.” Family is like a small army. A peaceful family life is by the virtue of its members. Any unrest, however, is because of the head of the family. Allah (swt) gives much importance to peace in the family. This is because the peace of the family causes peace in society, and the peace of society results in the peace of the entire country.

Can the woman be beaten?

It is really important that the families, which are the cornerstones of society, are peaceful. Islam accepts that the best of the goodness the man does and of the charity he gives is the spending he does for his family. This is a reward given by the head of family to family members, a result of mercy and compassion. Just as there is reward, there is of course punishment to the rebellious. Regarding this issue the Glorious Qur’an says, regarding a wife who rebels to the degree of disturbing the peace of family, that husband, first of all, should advise her. If this does not work, he should separate their beds for three days. If this does not work either, he can beat her slightly just as father disciplines his child and a teacher his student. However, our Prophet (pbuh) said that the man who does not do this (beating) is much better than the one who does it. He ordered that the beating should not include slapping in the face and should not have any violence that causes bruising and hurting. Abdullah ibn Abbas (ra) said “This beating is done with miswak.” Other companions also expressed that it should be a light beating similar to this.

One should not ignore the following reality. Today people are educated at schools according to the civil law and philosophical rules. A person lives in the way he is raised. Therefore, wouldn’t it be a great injustice to attribute the wrong behaviours of these people, like the violence against women, to the religion of Islam? Wouldn’t it be to turn a blind eye to what is right and true?

Moreover, let’s ask a question about those who have been enforcing the civil law for decades by thinking that the Islamic law is an obstacle for the peace of people, thus not applying it, and saying that they will bring welfare to the people: why can’t they bring that so called prosperity and why do they still accuse Islam? How true is their approach?

Some people who have malicious intentions or are enemies of Islam oppose this Divine rule of mercy and justice by bringing forward the issue of women’s rights. With the pretext of protecting women’s rights, they sometimes see a light beating as grounds for divorce. However, women’s rights does not only mean that they should not have any trouble from their husbands. As a matter of fact, one of the biggest rights of a woman is not to lose her husband and family, to look after her child and not to cause her child to have a future under threat and to be mentally depressed. While trying to save the woman from the trouble of a light beating for disciplining, those people totally ignore the rest of her rights and cause her to lose her husband, to make her marriage fall apart, and to allow many other wrongdoings. How much is it true that those people talk about women’s rights, law and justice? Wouldn’t it be much greater injustice and tyranny to throw those poor women into the mouths of snakes while trying to save them from the bites of mosquitoes? We refer this to the conscience of the people of good sense.

The value of the woman

There are a few narrations some people use against Islam regarding our subject. For instance, narrated by Tirmidhi “If I were to order anyone to prostrate himself before another, I should order a woman to prostrate herself before her husband.” (Riyad as-Salihin)

Just as they use the light beating of women as a pretext to attack Islam, these people with malicious intentions try to deceive others and women by referring to these kinds of hadiths and claim that the woman is not valued.

However, with narrations like “Paradise is at the feet of mothers” and “Man is responsible for the living of woman” Islam shows how valuable women are. These narrations also express what a blessed being she is in the sight of Allah (swt).

As mentioned earlier, a family is like a state. The existence of the state with happiness and right direction depends on both its mercy and justice, and the obedience of the public. Similarly, the peace and happiness of a family can be possible with its head’s managing in right direction and the obedience of family members. In this way the woman is saved from any injustice she would face. The wisdom behind the verses and hadith that command the woman obedience to her husband is that she is saved from the injustices mentioned above, like the breaking down of her marriage. Without a doubt, those malicious people, who see the rules of Islam as injustice, are actually doing the biggest injustice to women with their so called claims of women’s rights.

The equality of woman and man

The superiority of the man in inheritance is balanced with the superiority of the woman in dowry and alimony. Allah (swt) says in the Qur’an: “Thus you shall not covet that with which Allah has favoured some of you over others.” (4:32) The cause of revelation of this verse is as follows: Women wished to have the same superiority over men in regard to the issue of inheritance. However, since the men are in charge of women, Allah (swt) made the men superior to women regarding inheritance despite the fact that they are equal in terms of benefiting from one another. On the other hand, He commanded the men to give dowry and to sustain the living of the women in that verse. In this way, giving dowry and the responsibility of earning the living become equal to the inheritance the men get. As a matter fact, although the inheritance a man gets mostly does not meet his need until the end of his life, he has to look after his wife throughout his life according to Islamic law, which guarantees the livelihood of the woman. Moreover, Islam commands the man to give a dowry in order to marry the woman. Doesn’t this make it clear how Islam values the woman by making the man a servant to his wife?

Imam Bediuzzaman said the following regarding this issue:

“An example out of thousands proving how unjust are the laws of present-day civilization, which opposes the Qur’an:

The ruling of the Qur’an “to the male [goes] a portion like that of two females” (4:176) is both pure justice, and pure compassion. Yes, it is justice, for the overwhelming majority of men take a wife and promise to provide for her. As for women, they take a husband and load their livelihood on him, and this makes up for the deficiency in what they inherit.

It is also a mercy, for a weak girl is greatly in need of kindness from her father and brother. According to this decree of the Qur’an she receives this without worry. Her father does not look on her with concern, thinking of her as a harmful child because of whom half of his wealth will go to a stranger. His kindness is untainted by anxiety and anger. Her brother’s kindness and protection are free of rivalry and jealousy. He does not consider her as a rival who will destroy half the family and give a significant part of their property to someone else. His protective and kindly feelings for her will not be marred by resentment and hostility. Thus, the girl, who is delicate and weak by nature, is seemingly deprived of a small part, but in place of it she gains inexhaustible wealth in the form of the compassion and kindness of those close to her. Also, to give her more than her due with the idea of being more merciful to her than Divine mercy, is not kindness but a great wrong. Indeed, the savage greed of the present time, which recalls the appalling cruelty of the live burial of daughters in the Age of Ignorance due to savage jealousy, may possibly open the way to merciless wickedness. Like this one, all Qur’anic rulings confirm the decree, “And we did not send you [Oh Muhammad] but as a mercy to all the worlds.” (21:107)” (Third Topic of the Eleventh Letter)

Being suitable to the nature of humans, Islam has given the man the role of being the head of family for the continuance of family life and happiness. It has also given him the wisdom, power and financial opportunity in order to continue managing his family. Since Islam commands the woman to have obedience to the man, it gives the woman the feeling of need for the wisdom, power and wealth of the man in terms of thought, the feeling of weakness in terms of nature and the feeling of financial impossibility in terms of living. This enables the family to live together in justice and mercy.

Those who misuse these Divine rules cannot be examples. May Allah guide us and the humanity to Islam, which is the straight road! Amin.