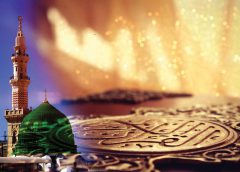 Our noble Prophet (alayhissalatu wassalam) said “My ummah is a blessed community. Whether its beginning or its end is better is unknown.” (Tirmidhi) Those who interpreted this hadith highlighted that there is a similarity between the beginning and the end of the ummah. We know for certain that the beginning of the Muslim community, the Sahaba (the Companions) and the Tabeen (the Followers), are blessed. The hadith gives the good news that the end is going to be blessed too. As a matter of fact when we evaluate the first age of Islam, we see that its conditions and difficulties are similar to the present day. Terrifying and violent oppression, invasion of superstition, distortion, misguidance and the deviance that we see everywhere are the most apparent similarities of the two edges.

In the first years of Islam, since the Muslims in Makka did not worship idols but Allah alone, they had to face the things below:

– They were marginalized, slandered, insulted, and tortured.

– They were excluded by their own tribes and families.

– Those that were not from a tribe were sentenced to death.

– They were subjected to hunger, embargo, and social isolation.

There was seemingly no authority or power to protect the Muslims from those pressures they had to face. In the meantime six people from Madina prepared the basis for a new beginning in the 11th year of prophethood. The door of a new world was opened for Muslims with the Allegiance of Aqaba and the works of Mus‘ab ibn ‘Umair in Madina.

After the hijrah (emigration) to Madina, the struggle transformed. The Muslims there emerged as a political power. The Prophet (pbuh) gained a political identity. While the biggest and only problem in Makka was the polytheist, now there were also Jews and Christians to deal with. Some enemies of Islam, on the other hand, infiltrated among Muslims under the guise of being a Muslim but, in fact, they were not. This group named as munafiq (hypocrite) is mentioned as the most dangerous group for the community of Islam.

The Prophet struggled in Madina for the following:

– Preventing the attacks of the polytheists

– Eliminate the superstitions of the Christians and the Jews

– Taking precaution against the games of the hypocrites

– Inviting the neighbour tribes, communities and states to Islam

In other words, the time was frightful, the enemies were terrifying, and the pressure was violent. The superstitions, innovations and deviances – which had accumulated since after the Prophet Isa’s period (pbuh) – were all around.

The Prophet Muhammad (pbuh) and his friends were few in number, weak, poor and powerless. However, they had the responsibility to carry the cause of Islam which Allah put on their shoulders.

The Companions were aware of the value, importance and greatness of their responsibility, yet how did they successfully serve the cause of Islam under those really difficult conditions? What was the secret that brought them success? What was the source of power that fought off the polytheists in the battles Badr, Uhud and the Trench? Where did the power that countered the overwhelming troops of the Byzantines in the Battle of Mu’tah come from?

The answer to these questions – which we find in the lives of Companions – is clear: ikhlas (sincerity). They saw ikhlas as the most important basis, the loftiest character trait, the mightiest tower of strength, and the most acceptable intercessor. They knew that all of their strength was in truth and sincerity in order to reach their aims and the realities. They saw prayer and being sincere in their worship as the only salvation. They used to say “Let my mother, father, and my own self be sacrificed for you Oh Rasulullah.” They proved that they sincerely said it by risking their lives in the heroic struggles of Badr, Uhud, the Trench, Haybar, Mu’tah, and Tabuk – thus leaving their wives and children in tears – and by spending all their wealth for Islam.

They became among the sincere servants of Allah as follows:

– They did not use the religion of Allah for worldly interests.

– They only asked for no one’s pleasure but Allah’s alone.

– They considered the success as the favour and beneficence of Allah.

– They became brothers of one another like the gears of a factory and the organs of a body.

– They saw power as being subject to Allah.

– They considered their honour and the honour of their brothers as equal.

– They stood tall, shoulder to shoulder on the same line.

– They became people attached to the truth from their hearts.

– They were not proud of their virtue and knowledge.

– They did not taint their selves by rebelling, but cleared them by repentance.

– They took refuge in the Merciful against the evils of the lower self.

– They became sincere in the religion.

– They became sincere servants and expected reward only from Allah.

Their sincerity yielded this result; the infidels who had superiority from every aspect fell on their knees before the Companions. The secret of it should be looked for in sincerity, which has all the qualities mentioned above.

As the little brothers of the Companions the unique salvation of the Muslims of the end times is sincerity. This is because the enemies of Islam are really powerful, just like in the times of the Companions, in terms of politics, military, technology, and economy. The mischief of today is really influential and efficient with advanced mass communication. They have a lot of means to manipulate the believers, expose them to disinformation and mislead them into superstitions and innovations.

We know the situation of the Islamic world against these committees and powers, who are the enemies of the religion of Islam, feel the pulse of the world and rule the globe like a village. Therefore, if we Muslims do not spiritually live every aspect of sincerity in ourselves and not reach that kind of a power, the arrival of the Divine mercy might be late.

In order not to cause this delay, we should

– Put aside the passion for position and fame.

– Break the wings of fear.

– Be freed from the traps of greed.

– Act with the principle “all Muslims are brothers.”

– Avoid the bad company of the devil.

– Break the chains of laziness and idleness.

– Shoulder responsibility in the name of Allah.

Thus the doors are opened to a new and happy world.

Let’s revive the light and spirit of our role model the Perfect Guide, Muhammad (blessings and peace be upon him), and his Companions everywhere. Let’s act with the guidance of the Qur’an and the Sunnah as a united ummah.

One thought on “Way to escape mischief”