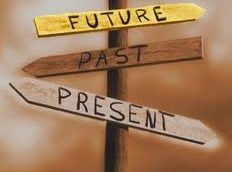 After the passing away of the Prophet Muhammad (S.A.W), the seed of Islam was already flourishing in most of the Arab world through the untiring and divinely-inspired efforts of the Companions and Tabiin’s. The years between the 12th to 17th centuries, may be considered – the proverbial ‘golden age’ of Islam as the religion was given a free passage by the Ottoman Empire over its entire dominions which had penetrated deep into Southeast Europe, Northeast Africa and Southwest Asia. Having defeated all of its contemporary empires, including the Byzantine Empire which held court in Constantinople, now known as Istanbul, the Ottoman Empire could be considered a superpower.

Just as the influence of the Ottoman Empire had declined to the point of being labelled as the “sick man of Europe” towards the 19th century, a divinely-inspired Turkish scholar, Said Kurdi (as he was of Kurdish ethnicity) appeared in the wilderness of Turkey. Imbued with both spiritual and scientific knowledge, Said Nursi (as he became widely known for being born in the province of Nurs) easily humbled contemporary scholars in debates on any subject, thus earning him the title, Bediuzzaman, which means “the wonder of the age.”

A proponent of Islamic resurgence in Turkey, Bediuzzaman Said Nursi’s activities earned the wrath of the newly installed secular government Averse to anything Islamic, the government put him under close surveillance, imprisoning and banishing or exiling him to the remote mountainous regions of Turkey whenever the authorities felt he had crossed the line. Worst still, he was poisoned while under solitary confinement but survived the ordeal by Allah’s Leave. Several underhand tactics were applied to silence and isolate him from his students and mass supporters. But through sheer guts and determination, all obstacles and deprivations applied by the adversary to frustrate his activities and spiritual outlook dismally failed. His students always managed to follow him wherever he was imprisoned or banished. Therefore, the publication and dissemination of his treatises on Islam, especially his masterpiece, Risale-i Nur (commentary on the Holy Qur’an), never ceased, but may have only been delayed for sometime.

Gifted with Divine inspiration and wisdom, most of Bediuzzaman Said Nursi’s expositions were extemporaneous, without the aid of reference books or research materials. But the substance of his works was beyond reproach, as they were found to be scientifically accurate as well as spiritually and philosophically excellent.

An advocate of non-violence, Bediuzzaman Said Nursi never even insinuated that he would take revenge for the suffering he had gone through. Any human being subjected to such inhuman treatment that he had suffered in the hands of his detractors would have thought of violent reprisals or retaliation in whatever form. But he never advocated violence especially against his own people and the Turkish government, rather he only taught his students to embrace patience and self-restraint in face of any provocation either coming from the government or their compatriots. His rationale is that rulers come and go, and even the Constitution of any nation could change. His concern was always for nationalism, peace and the peoples’ subservience to the rule of law. For these and many other reasons, his legacy as an advocate of freedom and non-violence must have dwarfed the achievements of some internationally recognized icons, like Mahatma Gandhi of India and the like.

However, Said Nursi was against foreign invaders that threatened to overthrow the Constitutional government in his native Turkey. He was also avidly anti-communist. He supported the anti-communist war in Korea, and was even proud to send one of his students to fight against the atheists to ensure that posterity is free to live in a free and democratic environment. He also saw in it the opportunity to introduce “Risale-i Nur” to non-Muslim friends and governments in the region.

Undoubtedly, the Holy Qur’an is the greatest miracle mankind has ever received from God Almighty. The Qur’an embodies the relationships between the creatures and the Creator and His greatness over all His creations. So far, no other human being has surpassed the achievements of Bediuzzaman Said Nursi in having digested the Holy Qur’an more extensively and comprehensively in a commentary than the “Risale-i Nur”. The visionary Bediuzzaman had to fathom the success and greatness of Islam in the Holy Qur’an, in comparison to the other great religions in future. Hence, in the race to gain more adherents, he foresaw that Islam would prevail over all other religions being propagated throughout the world today. What Bediuzzaman foretold over half a century ago, Western and European governments and their mainstream media are now admitting that Islam is the fastest growing religion in the West.

In Malaysia , the greatest sign of Islam’s superiority was exemplified by the bold attempt of the Christian Consultative Council, the Catholic Church in particular, to use the name “ALLAH” in reference to God in their publications and for other spiritual purposes. The Muslims, through the government Islamic Affairs Department and Non-Governmental Organizations (NGOs), however, protested vigorously against the idea as the attributes of God in Christianity fall far short of what ALLAH really meant in Islam.

The triumph of Bediuzzaman Said Nursi’s patience and perseverance in the struggle to carry on the torch of Islam amidst unbearable obstacles applied by the forces of darkness aimed at suppressing and scuttling the sacred light of Islam in Turkey, is unprecedented in the annals of Islamic history after the advent of Prophet Muhammad (peace and blessings of Allah be upon him). His selfless sacrifices and the unfailing support of his students and the masses are not only worth emulating, but must also be kept alive as topics for group discussions and for orientations of Islamic workers, especially those involved in “Jihad Fi-Sabilillah.” Said Nursi’s “Risale-i Nur” is a testament to his Divine Inspiration, a treatise par excellence on Islam’s transition to the future.