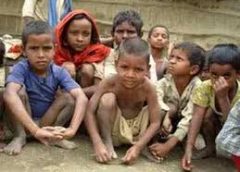 Muslims founded many great states even empires during history and ruled over continents. They reached an economically high level. They have receded and become poor for the past few centuries. The chief reasons for that are as follows:

THE DECREASE OF THE DIVINE DISPATCH AND PROPHET STIMULATION

Human being were created with a desire to (be able to) work. Action is essential in the universe. Waiting uselessly is inconvenient. Because of that, it is widely observed that the indolent man becomes disgraced and ashamed. Our ability to work is stated in the Quran as: “That man can have nothing but what he strives for”. (Surah An-Najm, 39)So, people have always been encouraged to work. It is indicated that we were created with the inclination and desire to work and that we shouldn’t give up working and contradict our nature.

Prophet Muhammad (PBUH) encourages us saying “The one who works and earns is highly appreciated by Allah”, which is also is parallel with the Divine Dispatch. Unfortunately some people destroyed this zeal with misleading inspirations, while there are Divine Dispatch and prophet stimulation. Since we stopped the lawful working, unlawful laziness invaded us. Poorness captured us.

To get rid of that, we should obey the Divine Dispatch and Prophet stimulation and should listen to the suggestions leading us to the cells of laziness.

NOT BEING ABLE TO REALIZE THE MATERIAL DEVELOPMENT

Each era has its own rule. When we look at the pages of the history, we will see that especially prophets (Prophet Noah built a ship, Prophet Dawood made armour and shaped the iron and Sultan Mehmed Fatih made huge cannons) gave importance to the material development. One of the most important ways to serve Allah’s religion is to realize the material development and act in accordance with it. This development must be in the fields of science, civilization, technique, economy and culture. Those who couldn’t see this fact threw themselves into the prisons of laziness. They couldn’t develop a service model suitable to their time and remained deprived of serving the cause of Allah. The development of today did not occur because they didn’t like the principles of Islam and Sunnah, but they are based on serving the humanity. (The developments throwing humanity to immorality, dissipation and uneasiness are out of our question, but they are also making the same mistake by advancing in material development). The service that the ancient nations made can hopefully be performed in a short time by material development with the permission of Allah. The happiness and security of both worlds and the secrecy of carrying out services that can only be made in so long a period are today directly proportional to attaching importance to the material development.

THE WRONG EVALUATION OF SUBMISSION AND CONTENTMENT

The religion of Islam praises the effort and sweat on one’s brow. It accepts all lawful works as worship. It orders us to be content with the product while contentment with the effort is regarded badly. Because some Muslims are contented with the outcome, result and product, their zeal to work decreased. They were satisfied with little work saying “That is enough for me and my children.” and they spent most of their time in indolence. The remedy is to expect the result from Allah and be contented with the outcome after applying the reasons.

TO FORGET THAT THE MEANS ARE THE REAL CAUSE

Just as it is important that the cause of someone on which he sets his heart and endeavors should be right and legitimate, in the same way, the means, ways and methods employed by him should be right and lawful.
It is an undeniable fact that success and victory can only be achieved by taking the right way and adhering right means.
We should be patient while applying the right ways. Obtaining a result is only possible through right methods. A curved sword cannot have a straight shadow. Hadrat Bediüzzaman expresses this reality as follows: “Our failure is because of our irregularity.” If we cannot obtain something, reach our aim and even lose our values although we work; it is because of our irregularity. Upon leaving the right ways, some Muslims could not be successful in the past few centuries. They got poor. The solution is to find and apply the right methods with patience.

TO ACT IN CONTRARY TO THE NATURE OF THE OBJECTS

We call the laws that Allah put to the creation of the universe and objects as Adatullah. To act according to the laws in the nature is quite important to be successful. In other words, playing the game according to its rules. The reward of obeying these rules and punishment of the contrary are given in this world. It doesn’t matter whether it is Muslim or not. To work according to the rules of something while working on it is a law laid by Allah in this universe. Such as wealth in working, death in drinking poison and cure in using medicine, etc. Non-Muslims get their rewards in this world, because they- although unintentionally- obey Allah’s natural laws, the creation of the things and the rules of the task, which are the signs of the Divine Will. In this world, the divine favour is together with those who obey these laws laid by Allah. Those who do not conform to them will get a negative response.

TO BE UNAWARE OF THE SECRECY OF “MY UMMAH, MY UMMAH!”

The value of the human is evaluated with his enthusiam. As the zeal increases, so does his value. If the zeal of somebody is for his nation, then he is alone a nation. If it is for ummah, he is alone an ummah. The determination, struggle and working zeal of humans are directly proportional to their zeal. There is energy in everybody that could rescue the humanity. To stimulate this present energy is only possible with a high zeal. Nevertheless, while the mercy upon the ummah should stimulate every individual to labour for the ummah, it is not possible to comprehend this secrecy because efforts have been focused on the elimination of personal needs in the past few centuries, Muslims got poor. Because they cut down their mountain-like zeals. Our prophet proved this reality with his own life and gave a favourable lesson to his ummah and commanded us to work for whole humanity saying ‘My ummah, My ummah!’

TO SET EYES ONLY ON STATE SERVICE

Although the wealth resources of a state are trade, art, agriculture and industry, etc., we have set our eyes on the state service to work, which looks good for our souls, fondles our prides and causes us laziness in one respect. Of course it is necessary to serve the state. However one must be serious about serving the nation. Otherwise, I think it is wrong to see it only as a means of a livelihood resource. We should give importance to trade, art and agriculture that give us production in society.

We are one nation!

Our Prophet (PBUH) is the “Best Example”