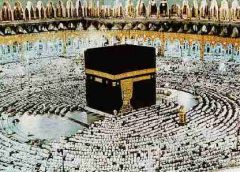 Throughout the world history, belief played quite an important role in human life in terms of all development processes. For the last 1400 years, Islam has made a great impact on societies in all manners. It was not only the Muslims that have benefited from the civilization that Islam initiated but also the non-Muslims and other religious societies, too.

That meant to be a strong source of power bringing all Muslims together and act like the parts of one body. So it didn’t take too long for some think-tanks and private commutes to find out this source and making new strategies based on this basis. British Minister of Colonies Gladstone had said to the British Parliament as he held the Quran: “We cannot rule over the Muslim as long as this Quran remains in their hands; we must do everything possible to remove the Quran away from Muslims, or alienate them against the Quran.”

At this very moment, they made a harsh attack just from that point.

Anti-Islamic, secularist ideology and the communities penetrated to the all sections of government and started “ruling over the Muslims in the way of British Parliament”. In 1924 they officially abolished the system of Caliphate in Islam though this system was representing the leader’s unity of the Muslim Ummah. Scholars were killed, alphabet was changed and so on… Along with the three military coups in Turkey, up to now, they have been trying to keep Muslims away from the Qur’an. To some extent, they succeeded. A numb community has grown up under the pressure of this mentality.

But also 1920’s were also the years that some sincere Muslims were trying to renovate the educational systems both in schools and madrasahs. Bediuzzaman never supported the anti-Islamic strategies and stood upright against all accusations and attacks from 1920’s to 1960’s. He showed a great example of devotion for the truths of Islam throughout his life.

He ruined the plans of anti-Islamic thought and with the books he had written, helped us to start evaluating the faith, religion in the broad perspective. But there are some obstacles to achieve a wide and non-prejudiced perspective of Islam.
The first important fact is the attack through media, internet and TV’s. People are blindly watching blindly accepting and blindly living. For the West the advantage of making all these programs systematically never means that all their ideas or claims are reflecting the truth. Starting from the university student till the professor every each of us get affected through media broadcasts.

This is a fact that everybody can observe in American movies Muslims are always shown like terrorists. By this perception management people are badly infected to with the idea of “Islam is terrorism”. 9/11 is a part of the same game played by the American government to make a big manipulation to make it easier for attacking Iraq just to have its share from oil.

The second fact is the problem of Halal food. The importance of halal is pointed in the following verse and hadith ; Ibn ‘Abbas reported, “Once, when I recited the verses of the Qur’an, ‘O you people! Eat of what is on earth, lawful and good’ (2.168) in the presence of the Prophet (pbuh). Sa’d b. Abi Waqqas got up and said, ‘O Messenger of Allah! Ask Allah to make me one whose supplication is heard.’ At this the Prophet (pbuh), said, ‘O Sa’d, consume lawful things and your supplications will be heard, and by Him in Whose hands is the soul of Muhammad, when a man puts into his stomach a morsel of what is forbidden his prayers are not accepted for forty days, and a servant of Allah whose body is nourished by usury or by what is forbidden becomes more deserving of the Hell fire.” (Al-Hafiz b. Marduwiyah; Source: Fiqh-us-Sunnah)

So, as a result, all we need to do is to check ourselves to see how the Tv, media or Internet affect us and is this playing a key role for us while taking some decisions in our daily life? After diagnosing the problem, we should start searching for the solutions and true answers from our own resources first by reading, reading and reading.

For the halal food problem thankfully, recent well organized Ngo’s and companies and Government, they are supporting Halal food certification process in Turkey. Just at this very moment, this subject must be clearly announced to all people. So that they will be the part of this movement and with the pressure of people and government food manufacturers will have to respect the rules of Islamic way of life and produce halal.

These are the urgent two steps to awaken from the delusions of a sinful life.

Quran and the books should be taken from the shelves to our hands and the truths must be digested by hearts and minds.

Islam should be evaluated in the broad perspective…