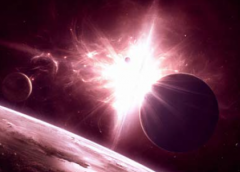 Having doubt in iman (faith) concerning the pillars of belief, such as the existence of God and the hereafter, is a mental confusion that occupies the mind and which might result in complete denial.
It is essential and fardh (obligatory) for every Muslim to strengthen his iman. Belief has different levels, and it is just not enough to just say, “I believe” in order to achieve high levels of iman. And it is not certain whether a Muslim can keep his belief strong all through his life. What concerned the companions and the Muslim scholars was the difficulty of keeping their belief fresh and strong till the end of their lives.
There are two types of faith. One is imitation (taqleed) while the other is verified (tahqiq). Imitative faith is the belief which a man has through the people around him without any proofs. Since a person having imitative faith doesn’t carry out any research in Islamic studies in order to acquire certain knowledge about faith, he just believes in the way the common people believe. This is a weak belief, which may be shaken in the face of doubts and misgivings of unbelief, because it is not based on proofs and knowledge.
Verified faith, however, means strongly believing in Allah (SWT) as if you see Him. This kind of faith is obtained as a result of acquiring certain knowledge of all the matters related to belief through Islamic studies. Since the verified faith has answers to all the questions of doubt and disbelief, it is very strong, firm and unshakable. Scholars are in consensus that even though it is valid to have an imitative faith, it is fardh for every Muslim to raise his faith from imitative level to the level of ‘certain belief’.