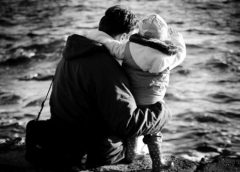 We must love our children despite everything and raise them for both this world and the hereafter.

In this life of anxieties and troubles, a safe haven and a place of refuge for every person, especially for a Muslim, is his family life. What make the family liven up are the children who can be our reward channels even after we die. If a person raises a dutiful child, his book of sins will be closed, but his book of good deeds will be open when he dies; and he will have a share in his child’s good deeds.

Confusion about ‘Dutiful Child’ Term: My daughter will be a doctor and my son an engineer

One the most important works is the education of the child. A child is a trust to his parents. His pure heart is a clear gemstone without any cuts or figures. That blessed heart has a great potential to what is embroidered into it. It has an aptitude for whatever it is inclined to.

If you teach him the good, he grows up with goodness. He gets this world and the hereafter; and his mother and father have shares in his rewards. If he is neglected and accustomed to misdeeds, he becomes rebellious and perishes at the end of the day. The one who has raised him will answer for those misdeeds. His parents are responsible for that. Thus, it is said in the Qur’an “O you who believe! Guard yourselves and your families against a Fire whose fuel is human beings and stones.” (Tahrim, 66:6) Now that good manner protects the child from the fire of the world, it will of course protect him from the fire of the hereafter. In his Ihya Ulum al-Din, Imam Ghazali expresses that a child would not necessarily be a dutiful child by becoming a high-ranking official, the child must be inclined to the good deeds. However, the views of people have changed a lot in this age. Parents started to educate their children with extra private courses beginning at the primary school for their academic life; but they are making the biggest mistake by never thinking about their children’s education for eternal life. As Imam Bediuzzaman Said Nursi puts it, what happens if your son would become a beggar in the hereafter while he was a Pasha, a high officer, in this world?

We must raise the children two-winged; one is not enough to fly. Combining the positive sciences and the religious sciences and teaching them together was a great project of Imam Said Nursi. Today, all the parents could raise their children by providing them an academic education in positive sciences and teaching them the religion, moral values and virtues. We can see our children serving the true religion with the Qur’an in one hand and a tablet PC in the other. All the means available can be used to implement this project for both girls and boys.

Meanness in Love and Using the Carrot and Stick Method

We can see every child, entrusted to us by Allah Subhanahu wa Taʿala, as reflections of our prayers in the life. We must love our children despite everything; no ifs, ands, or buts. For instance, the sentences like “You tidied your room; (so) I love you,” and “(Since) You are a good boy; we love you,” restrict the love to the parents’ expectations. Child knows that he will be loved as long as he acts in line with his parents’ expectations; otherwise he knows that he will not be loved.

This would inflict so much suffering on the delicate heart of that child. “If you become successful at school and get along with your brother well, we will love you very much,” is a similar mistake. It sets conditions for love, affection, attachment and relationship.

In fact, parents must have a limitless love for their children. If the heart of a parent becomes a place of manifestation for the Divine Names Rahman (The Merciful) and Wadud (The Affectionate), he loves his child despite everything. He loves his child without any reserves, and acts accordingly. When he sees a mistake of his child, he does not try to punish him by loving him less.

A mother who ignorantly behaves by using sentences like “I won’t love you if …” would not do such a grave mistake till doomsday if she knew how much pain she inflicted on her child. And she would not use the carrot and stick method. Of course parents will not turn a blind eye to their children’s mistakes, but they will act in accordance with the advices of Muslim scholars and ‘correct them with kindness.’

The language that parents use while talking to their children is very important. Our emotions are natural; and we perceive each other’s emotions and ideas through verbal expressions and body language. Communication is a process that individuals knowingly or unknowingly communicate their feelings and thoughts to each other. The first step for a strong communication with a child is to accept his emotions and ideas as they are, and to listen to him. Passive listening makes your child to know and feel that you listen to him by means of your gestures and facial expressions and without any comment. Active listening is to repeat and elaborate what your child says and to help him find his solutions.

What does ‘I and You Language’ mean?

I language is used when someone expresses his personal reaction, and his own feelings and thoughts about a behaviour and a situation he encounters. When we express ourselves with sentences using ‘I’, we do not offend the person we talk to and also give our own message.

You language includes blaming; and then the person we talk to naturally takes a defensive position. So the conversation might result in misunderstanding, quarrel or even fight.

The followings are examples for ‘I and You language:’

You language: You are wrong! It’s your mistake!

I language: Your behaviour hurt me, I got upset!

Since this is the age of ananiyah (ego), it would be much appropriate not to hurt our children’s feelings and to communicate with them by expressing our own emotions.

It is important to advise and hold up others as good examples in child education. However, this leads to unhappiness if the examples turn into a comparison. Not only the children and the youth, but the adult also feel bad when they are compared to others. Individuals must be appreciated according to their personal characteristics instead of being compared to each other. Every person’s nature is different; their childhood environments are various. Therefore, these differences must be considered while evaluating their performances and setting goals for them.

When a person is compared to someone, he believes that he is not understood and feels lonely; the feeling that he is not understood may turn into anger, frustration and resentment. Physical features, helping the parents, being active and enterprising and many more things are the subjects of comparison; but mostly success is the matter of comparison.

It is almost a habit of some families to compare their children. It is not only the parents who compare their children; other family members, relatives and teachers make such comparisons, as well. Most comparisons are made between siblings. Cousins and children of close friends are often among the ones to be compared with, too. Although this is done in order to urge competition on children, comparison causes decrease of motivation. Negative expressions and preferring one side to the other increase discomfort, and harm the feeling of trust.

During the period of their upbringing one side of the children and youth might be strong while the other sides of them may be relatively weak. Naturally, abilities and interests of individuals can be different. However, it must be kept in mind that these differences can be changeable and misleading. While the strong side is protected and improved, the weak sides should not be neglected and necessary things must be done to enhance them.