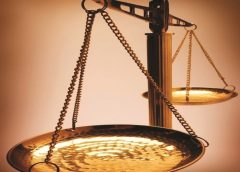 Madrasatuz-Zahra was a university project which would combine positive and religious sciences. It aimed to give a powerful education covering the needs of the time, uplifting Muslims in science and thought, unite both hearts and minds; thus enabling Muslims to continually protect their own values.

This was Imam Nursi’s project. He could not achieve it. But later in his life he said that his prayers for such a project were accepted via the establishment of hundreds of Nur Madaaris where students could study religious subjects along with their school subjects.

Many madrasas, private schools, and institutions are training their students by combining religious and positive subjects. However, this effort cannot lead to an overall betterment of the entire ummah. Muslims states have to implement this combination at their schools for a total improvement.

I do not think we have a problem with education of positive sciences. Today everyone has the access to the recent developments in science and technology. We can get best education in many schools in the world. It is not just in the west now.

The only problem with the education of positive sciences is its rhetoric which totally ignores “tawhid,” existence and oneness of Allah swt. For the non-Muslims, this is not a big deal. They work hard and they get tremendous worldly benefits. However, for the Muslims, this is a big trouble. Even if we get the same worldly benefits, if it costs our eternal happiness, we are in great loss.

Is this the case for Muslims? Does the current education at schools endanger Muslims’ hereafter, or does it totally deprive us of eternal bliss?

Let’s look at the case in Turkey! There are 10.5 million primary and secondary students in Turkey. And there are more than 6 million university students.

Every year more than one million children start first grade at primary school. They go through a 12-year education. They only take a so called “Religious Culture and Moral Knowledge” class which is around 500 hours out of more than about 11 thousand hours of classes in 12 years. (Recently, the Qur’an and the Life of Prophet Muhammad (asm) have become optional subject at schools, alhamdulillah.)

More importantly, other lessons are not like as Islam wants. They are positivist, materialist, Darwinist, atheist. Their rhetoric does not have any reference to the Creator. They totally ignore the existence of Allah swt.

This irreligious ideology has worked to spoil and poison the faith of Muslims for more than a century. It has attacked the tenets of faith.

This is about social life, spiritual existence of society, conscience and faith.

Therefore, education has to focus on the oneness of God and faith; because these are the main pillars of the Islamic society. The day these pillars are shaken is the end of the Muslim society.

Why do we have to combine?

Both worldly life and spiritual life of Muslims are not as we want them to be. We need to develop in both ways. It is widely thought that Muslims cannot develop because of religion. The examples of the past Muslims disprove this assumption. And we can secure our salvation in the hereafter with strong faith and good deeds through the way of the Qur’an and sunnah.

We cannot develop by giving up religion as some people have claimed. In other words, both this world and hereafter can be good for Muslims when we work both for here and hereafter.

To me, the worldly development can be achieved easier. Actually we can see the change in recent years when we look at the Muslim countries. However, what makes me anxious is that the spiritual crisis of Muslims today endangers our eternal life.

Unbelief or weak faith and not to practice Islam is widespread. Belief in the tenets of Islam has got weaker and weaker in the last century. We see its result in our religious life. We practice Islam less, but we sin and enjoy worldly pleasure more. We aim achieving things before death, but we forget aiming at the life after death. This is indeed the real danger for Muslims. This is one of the results of separation in education: the separation of religion and positive sciences.

Current educational system is incapable of offering any good change. Some NGOs and jamaahs have been trying to give better education. However, change cannot come with personal effort of these communities. There needs to be a total struggle. System has to be changed.

How to do the combination?

What about the others who cannot pursue higher education? They are actually the majority of societies. They get primary and secondary education. How can we combine positive and religious subjects at these levels?

This can be possible by putting more serious religious classes. They must not be like “Religious Culture and Moral Knowledge” class. These classes have to start with strengthening the tenets of belief. Every Muslim has to make his belief critically verified, or iman al-tahqiq. The focus should not be on “how the worships are performed” but “why the things are as they are.” They should explain the wisdom aspect of the life, creation, human and etc.

However, the religious classes will not be effective if the other school subjects are not changed. These subjects should be critically covered. For instance, in science class it should be discussed how every living being has the right physical features, how they can adapt themselves to life so quickly, and more.

Result of the combination

If there is a separation between religious and positive sciences, bigotry arises from the first and disbelief from the second. Effort of Muslim students grows with their combination.

We can train Muslim youth who will be successful in religious and worldly affairs. We can have model Muslim countries which are developed materially and not degenerated spiritually. These countries can offer humanity how to get real happiness in this world and in the hereafter.

Thanks to this combination, we can save ourselves and many people around the world.