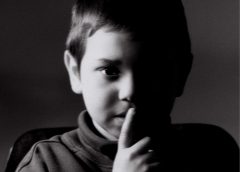 0
A famous Arabic saying is as follows: “I never stoop to vexing my enemy with backbiting, for backbiting is the weapon of the weak, the low, and the vile.”

Although it is severely prohibited, backbiting (or gossip) is very common in today’s society. Both man and woman continuously gossip someone (even a close friend or a relative) so much that it has become something publicly accepted as normal. Moreover, people cannot easily give up backbiting although they want to do so.

Backbiting is destroying the values of society. It spiritually weakens the love between family members, the ties among the relatives, and the social relations between friends and neighbours. Someone who continually backbite other people feeds a feeling of jealousy and envy in his inner world. This actually destroys the gossiper himself. And day by day he unknowingly weakens the spiritual (or psychological) bonds with the people he gossips.

Prophet Muhammad (peace and blessings be upon him) said: “Do you know what backbiting is?” They said, “Allah and His Messenger know best.” He then said, “It is to say something about your brother that he would dislike.” Someone asked him, “But what if what I say is true?” The Messenger of Allah said, “If what you say about him is true, you are backbiting him, but if it is not true then you have slandered him.” (Muslim)

Allah (SWT) severely warns us against this sin:

“Would any among you like to eat the flesh of his dead brother?”1

“A single Qur’anic verse having the effect of discouraging and restraining was shown to induce repugnance at backbiting in six miraculous ways. It was shown too how abominable a thing is backbiting in the view of the Qur’an and that there is therefore no need for any further explanation of the subject,” writes Imam Said Nursi in his treatise. But he explains the miraculous aspect of the verse which restrains man from backbiting in six ways. (The 22nd Letter, Conclusion)

Addressing the mind with a question at first (would?), it asks, “Is it that you have no intelligence capable of discrimination, so that you fail to perceive the ugliness of this thing?” This invites us to question what we do by gossiping someone, and to see how unjust it is.

‘Any among you’ addresses man who is a social being and get his strength from the society he lives in: “What befell your sense of social and civilized responsibility that you are able to accept something poisonous to social life?” This stresses the negative impact of gossip in the broader circle.

The word ‘like’ looks to our hearts: “Is your heart, the seat of love and hatred, so corrupted that it loves the most repugnant of things?” This discourages us to like or love the backbiting. It should be detested by anyone who has a heart and conscience.

‘To eat the flesh’ is a total shock. Who on earth would eat the flesh of his dead brother? “What has befallen your sense of humanity that you are tearing your friend apart with your fangs like a wild animal?”

The word ‘dead’ questions man’s conscience: “Where is your conscience? Is your nature so corrupt that you abandon all respect and act so repugnantly as to consume your brother’s flesh?”

Backbiting is like a fire that consumes good deeds like a flame eating up wood. But we see that it harms us even in this world. So a Muslim must avoid it not to lose his entire worships and services to Allah.

What should someone do if he has backbite, or willingly listened to it?

That person should immediately repent what he has done, and he should say, “O Allah, forgive me and him concerning whom I spoke ill,” and then say to the subject of backbiting, whenever one meets him: “Forgive me.”

1. “And do not spy or backbite each other. Would one of you like to eat the flesh of his dead brother? You would detest it.” (surat al-Hujurat)