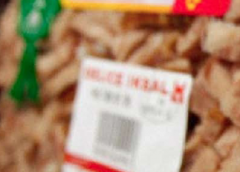 To maintain a balance between the requirements of the body and soul, Islam has laid down simple dietary rules. Islam allows people to eat what is Halal (lawful) and Tayyab (good):

“O Mankind! Eat of that which is lawful and good in the earth, and follow not the footsteps of the devil. Lo! He is an open enemy for you.” (al-Qur’an 2:168)

For the food to be halal (lawful), it must meet the following criteria:

(1) The food must be earned / acquired lawfully;

(2) The food must conform to the Islamic dietary laws.

For the food to be tayyab (good), it must meet the following criteria:

(1) The food must be wholesome and nutritious;

(2) The food must be safe for consumption.

Every Muslim, therefore, has a responsibility to obtain and consume food which has been earned lawfully, which is halal -conforming to the Islamic dietary laws, and which is tayyab – wholesome, nutritious, and safe.

The basic principle established by Islam is the principle of natural usability and permissibility of things.

Allah, out of His immense mercy, has permitted people to consume most foods and drinks except those items which have been declared Haram (prohibited) by a Qur’anic verse or an authentic Hadith.

Consequently, it is sufficient for a Muslim to know what Allah has prohibited and made haram, since what is not included in it, is permissible and halal. This rule of Shari’ah (Islamic Law) brings freedom for people to eat and drink anything they like as long as it is not haram.

There are only six categories of food which have been prohibited in Islam. For an easy understanding, it can be stated that, “Everything is halal except ABCD IS haram”.

S- Swine, and all products and ingredients derived from swine (al-Qur’an 5:3).

In order for a system to be pragmatic, there may be always exceptions to the rules. Islam has allowed the eating or drinking of unlawful foods and drinks under exceptional conditions (al-Qur’an 2:185).

A Muslim may, under the compulsion of necessity, eat a haram food in quantities, sufficient to remove the necessity and save himself from danger of death, provided there is no intention of disobedience to Allah (al-Qur’an 2: 173; 6: 145).

For practical reasons Islam allows exceptional permissibility of the unlawful (haram) with the following three pre-requisite.

2 thoughts on “ABCD of Halal Food”