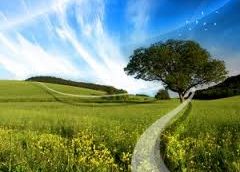 Who else Besides Prophet Muhammad (PBUH)?

Recently a controversy among the American Christian missionaries sparked over reaching out to Muslims all around the world. It is about an evangelizing a strategy called the Camel Method, which uses verses from the Quran to convince Muslims that what the Christian Bible says about Jesus is true. Ironically, the Camel Method, actually had been and is still being used by Muslims in their conversations with their fellow people of the book. Muslims, however do differ from Christian missionaries in two ways. Firstly, Islam does not approve of institutionalized and aggressive missionary activity as exemplified by certain Christian sects of today. Still it is a duty of every Muslim to reach out to his fellow people of the book and in some cases defend his beliefs, but in a non-coercive manner and with respect to his opponents’ religion. And secondly Muslim’s use of this method is more prone to success due to the reasons that happen to be the central theme of this article. Let us take a closer look at the evidence provided by the biblical texts first.[i] Here I will deliberately avoid quoting or making specific references to biblical verses because I don’t want to engage in a lengthy and potentially boring list of quotations. Moreover, the nature of biblical texts could easily pull one into an endless and useless polemic. Biblical texts, unlike the Quran, are numerous, multilingual and sometimes in contradiction with each other.  For exact references, there exists a considerable literature for those who might want to consult them.

The evidence in the biblical texts can roughly be classified into two; those making explicit or implicit references to Muhammad’s names and titles, and those insinuate him by describing his life, deeds and community of believers (ummah.) Biblical texts are either in the ancient near eastern languages such as Aramaic, Syriac, Hebrew or in Greek used by Byzantines.  Especially in the texts in ancient near eastern languages, we witness explicit or near explicit use of the word “Muhammad” in describing the prophet to come after Jesus or to complete the religion of Moses. “Mushaffaf” in Syriac or “Munhamanna” in Hebrew can be given as examples to near explicit references to the name of the expected prophet. In these languages they have the same meaning with what Muhammad means in Arabic, i.e. the praised one. This is not surprising as Arabic belongs to the same linguistic family with these languages. Similarly other titles of Prophet Muhammad, such as Ahmad, Mustafa are used in these texts, of course in ancient near eastern languages. The prophet himself acknowledges this fact by saying “In the Qur’an, my name is Muhammad, in the Indjil Ahmad, and in the Tawrat Ahyad.”

The second set of references to the coming of Muhammad in biblical texts, describe his life, deeds and followers. In these texts, the coming Prophet is expected from the line of Hagar, referring to the ethnic origins of Muhammad. Also he is to be “shined forth from Mount Paran” where flocks of believers from all nations around the world will make pilgrimage; a clear a reference to the mount Arafat and Muslim hajj. The most famous among these prophecies is found in Greek bibles, with the word describing Muhammad as “Paraclete”, meaning the one who distinguishes good from evil or the conformer. This word, along with other descriptions of the coming Prophet as the temporal and spiritual ruler of the world who would bring justice with his sword, is pointing out to the life and deeds of Prophet Muhammad and his followers. A cynic might argue against the degree of justice Prophet Muhammad brought, but can never deny that he is the only historical figure who came after Jesus and combined both temporal and spiritual authority in himself.

These questions might seem valid at first glance. However, one should consider that Muslims never argue the full distortion of biblical texts. The distortion was always partial, never full, so these texts still keep bits of truth in them. Still, as Muslims we are faced with the accusation of subjective selectivity when treating these texts. In other words, Muslims seem as they select whichever biblical verse is fitting to their argument.  Bediuzzaman offers the perfect answer to this accusation.

According to Bediuzzaman, two facts should never be underestimated. First of all, the Quran challenges the scholars of the people of the book to bring evidence against the prophethood of Muhammad.

“Say, ‘Bring the Torah and read it, if you are men of truth'” [Qur’an; 3:93] “Say, ‘Come, let us gather together -our sons and your sons, our women and your women, ourselves and yourselves: then let us earnestly pray and invoke the curse of Allah on those who lie!’” [Qur’an 3:61]

To the challenge of Quran, the scholars and men of religion of Christians and Jews either chose silence or forceful interpretation.  If they had found real evidence against the challenge of Quran, Bediuzzaman argues and none of us would disagree, the Quran’s opponents would advertise it all around the world, twenty four hours a day.

The second fact, according to Bediuzzaman, is the conversion of prominent men among them to Islam or their simple admission of the prophethood of Muhammad. Among these men is Heraclius the Great of Byzantines as well as a prominent Jewish scholar named Abdullah ibn Salaam. We should never lose sight of the fact that these people, were the contemporaries of Muhammad, who at the time just a leader of the weakest Arabian city.  Muhammad was nothing close to a political threat to them. Furthermore, these people witnessed the relatively less distorted versions of the biblical texts. They were the first hand witnesses the signs of the veracity of Muhammad’s claim in their books.

To sum it up, this author believes that signs of the coming Muhammad (PBUH) in the testaments are clear and without doubt.  Historically speaking, Muhammad is the only person who realized the promise of biblical texts. He combined in his personality, both the temporal and spiritual authority. He and his community of believers filled the world with justice for centuries. Who else could claim to be the expected savior of humanity besides Muhammad?

[i] In recounting the biblical evidence of Muhammad’s prophethood and their veracity, I shall follow the reasoning of a late Ottoman scholar Bediuzzaman Said Nursi (d.1960.) In his treatise titled “The Miracles of Muhammad”, Bediuzzaman recounts more than three hundred miracles of Prophet Muhammad, among them are the “irhasat”, i.e. signs of his prophethood before his declaration of that. Among these signs, the most potent one are those provided in the biblical texts about the arrival of the last prophet.

One thought on “A Saviour the World Waiting”