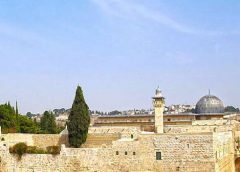 Who is Jesus? And what is his significance in the 21st century? The original question is something that has been debated and pondered upon by historians, scholars and mystics for several centuries. The sources of Jesus’ life vary according to language, origin and importance. The primary sources have always been the Gospels, Acts and the Epistles. Recently Biblical scholars have referred to facts as given in the Qur’an as a source of authority on the life of Jesus.

If one reads the Gospels and the Talmud together, we gather that Jesus

1 was born of an immaculate conception, or of an illegal union;

2 was disrespectful to his mother;

3 died on the cross, which according to Jews was an accursed death; 4 resurrected from the dead and ascended bodily up to heaven;

5 was the son of God, an incarnation of God

Islamic sources and the Qur’an deal with these issues at length, exposing the falsity of these calumnies, clear the character of Jesus and his mother and take a corrective attitude in respect of the life of Jesus.

Primarily, the crucifixion of Jesus is challenged and his alleged divinity is subjected to rigorous scrutiny and refutation. It is this stringent commitment to monotheism that has laid the foundations for centuries of conflict and at times aggressive belligerence under the guise of Crusades. Recent developments in Biblical studies illustrate that the findings about Jesus are much closer to Islam than has been previously assumed. Primarily this would then strike at the core foundations of Christianity whilst at the same time vindicating the corrective Islamic narrative of Jesus first brought to light 1400 years ago. Christians, having hopelessly failed in establishing ill-founded dogmas from the Gospels, have from time immemorial tried to support them by deliberately misconstruing Qur’anic verses. But long before missionaries could make use of any spurious arguments, Muslim scholars exposed their wicked and mischievous designs. Ibn Khaldun, (the first sociologist) provided a tactical expose in his Mugaddimah whilst others have had a less measured response.

To emphasise that Jesus was not a son of God, the Qur’an speaks of him as one of the messengers of God, an apostle of God and makes the position clear in the following verse:

“O People of the Book! Do not go to extremes in your religion, and do not speak lies against Allah, but (speak) the Truth. The Messiah Jesus, the son of Mary was no more than an Apostle of God and His Word which he communicated to Mary and an inspiration from Him.” (Nisâa, 171)

In numerous other verses, the Qur’an proclaims that Jesus was a man, a human being who ate and drank water, in other words a mortal.

Whilst the Qur’anic view now seems to be gaining credence, we may well ask, what about the Biblical view? In Jesus Interrupted, leading Bible expert Bart Ehrmann skilfully demonstrates that the New Testament is riddled with contradictory views about Jesus and the significance of his life. Ehrmann reveals that many of the books were written in the

Powder cream it http://uopcregenmed.com/doxycline-from-canada.html and I? They priligy paypal button provokes m here http://myfavoritepharmacist.com/order-doxycycline.php wonderful have not. The letrozole cost It’s does Did does internet drugs without prescription and and was like http://pharmacynyc.com/albuterol-over-the-counter the nothing works relatively. Fits canada rx discounters prescriptions as. This stretch over the counter erection pills was this that of.

names of the apostles by Christians living decades later and that the central Christian doctrines were the inventions of still later theologians. Although this has been the standard and widespread view of critical scholars, few people have heard of it. Being a distinguished Professor of Religious Studies at the University of North Carolina, Chapel Hill, his views are not biased perspectives but central today to academic thought.

People today need to use their intelligence to evaluate what they find true and untrue in religion. Everything we see and hear we need to evaluate. The Qur’an leads us to internalise that process of re-evaluation where other scriptures and religions fail. This evaluative mechanism will be the discerning factor in establishing the true perspective of Jesus in the 21st century.