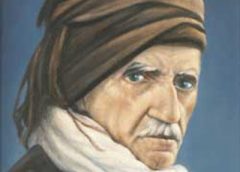 The term in between the two periods is a period of self-accounting and self-struggle.

The Period of “New Said” (1926-1960)
–    During the 8 years in Barla, compiled the books named “Words,” “Letters,” and “Flashes,” which make up the 75% of the Risale-i Nur (Treatise of Light) Collection.
–    These 3 books expounded on the tenets of faith, contrasting how life is viewed with faith and without.
–    These treatises were distributed throughout Anatolia by an extraordinary method. Those willing to become his students were required to preserve the use of Quranic letters, to hand copy the treatises, and recruit new students.
–    He had 6 immediate students in Barla: Şamlı Hafız Tevfik, Sıddık Süleyman, Hoca Halit, Santral Sabri, Tığlı Hakkı, and Hulusi.
–    Tevfik had listened to the Sermon of Damascus, and the Will of Allah has brought him as an expert transcriber to Bediuzzaman in Barla!
–    Soon, the students that were initially few in numbers reached thousands, hand publishing the Treatises by tens of thousands, and secretly distributing them throughout Anatolia.
–    He said, “Man does cruelty, but destiny does justice.” The enemies of Islam tried to isolate him in Barla, but destiny of Allah sent him in midst of excellent students who are also fast transcribers.
–    In 1931, Husrev Efendi joined the immediate circle of his students. He established a system of copying the treatises and sending them to some 100 distribution centers in Anatolia. This was the first use of unofficial cargo services. The system was named as “Husrev’s system” by Bediüzzaman. The continued growth of the movement was made possible by this system at times of imprisonments and exiles.
–    Such rapid spread and impact of the Treatises of Light disturbed some people. In 1934, was brought to Isparta.
–    In 1935, was arrested together with his 120 students, charged of founding a secret organization to destroy the regime.
–    Major Asım was one of the students arrested. At the interrogation, he abstained lying and abstained talking the truth, so he prayed for his death. Bediüzzaman named him as the “martyr of truth.” He was the first of four martyrs. Nobody washed his body to avoid identification; his wife did.
–    Others were tried at the Court of Heavy Crimes in Eskişehir, and he was sentenced to 11 months in prison, 15 students to 6 months, and the rest were acquitted. No proofs against them were submitted to the court. Bediüzzaman made his own defense and refuted all the claims.
–    Even in prison, the dictation of the treatises did not stop, on the contrary 460 new pages were written. Due to “Husrev’s system” their reproduction and distribution continued effectively.
–    After the Eskişehir imprisonment, exiled to Kastamonu. There, after a long captivity in a police station, he was forced to stay at a house across the station.