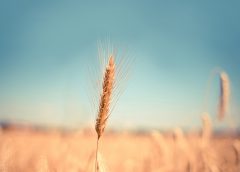 In the age of materialism where the matter and image is in first place, the worth and value is also based on matter and shape. Even the value of humans is measured by their financial power along with their knowledge and experience, instead of their humanly virtues. Furthermore, the worth of knowledge and experience is based on their potential of enabling a better image and financial gain. In this case, if they do not bring any material benefits, human characteristics like honesty, humility, and mercy can be easily ignored. If they can be converted to profit, bad characteristics like lie, cruelty and arrogance easily take the place of honesty, mercy and humility.

This lifestyle and understanding are in a tendency to see spiritual values as worthless and valueless if they cannot be converted to financial gains. Here, the worthiness is shaped by multitude, power and fortune.

However, in our culture, value and worth are not based on quantity, or financial gain, or show off.  Firstly, it looks at the quality and essence, at the core and intention.

What provides worth to something is not its physical value but rather the highness of the intention. Because intention changes the essence of the things. For a sincere small act is superior than thousands of insincere acts. Our history is full of examples where small groups of sincere armies with pure intentions defeated multiple times bigger unqualified armies.

Many mighty sultans came into the presence of a dervish with high respect. Our religion pays attention to intention and sincerity rather than to the outward form and what is done. So the less will become more than the more, the weak will become more powerful than the powerful, and the poor will become richer than the rich. Because of that, contrary to the west, for us, fewness, poverty and weakness have never been the reason for worthlessness and thus hopelessness. People of perfection (ahl-i kamal) have been proud with their poverty. This folk has won Allah’s assent and gained value by armouring themselves with La hawla wa la quwwata (There is no might nor power except with allah) and acting with a pure sincerity, a lofty intention and high morality. In our history, we have countless examples of this. One of them is as follows:

The Ottoman Ruler Kanuni Sultan Süleyman orders Mimar Sinan, the Architect, to construct a mosque named Süleymaniye. The sultan says that he will fund for all of the costs by his own financial source and wants the architect to work carefully and come up with a nice piece of work. He decrees “Do not get any help from anyone but me while building the mosque”. The main purpose is to gain all the rewards on his own, which will come from the construction of the mosque.

Mimar Sinan and the builders start to work and the construction continues quickly. However, there is an old lady watching the construction of the mosque sad and unhappy. This old lady is very poor. For a living, she sells the milk and yogurt, that she gets from her cow. Every time the old lady sees the construction, she says with grief: “O Allah, I wish I had a fortune and was rich like Kanuni Sultan Süleyman, so I could also made something (like this) for your assent. For now, there is nothing that I can do. Only thing that I can do is to offer my delicious yogurt to these builders”

The old lady goes to the builders and treats them to yogurt and says: “My sons, I brought you some delicious and cold yogurt, eat it, it will freshen you up and relieve your tiredness”. The builders do not accept it at first, but they cannot resist her insistence more.

After a while, the mosque gets its final form. One night in his dream, Kanuni Sultan Süleyman sees that his mosque Süleymaniye is weighted in the Scale of Mizan. Süleymaniye mosque is in one pan, and yogurt in the other pan of the Mizan scale. However, spiritually, yogurt weighs more than the mosque. Waking from his dream startled, the mighty Sultan shakes with fear. And he starts to think if there is any negative situation.

As first thing in the morning, he goes to the builders. Wrathfully and shaking, Kanuni starts to interrogate the builders. ” What have you done, did you made any fraud or cheating at the construction of the mosque? What did you receive and from whom?”

Builders say “Your Majesty, we did what’s told us.  However, there is only one thing. One day an old lady came nearby while the construction was still continuing. She treated us to yogurt. She really insisted, so we couldn’t resist it and accepted her treat.”

Kanuni Sultan Süleyman tells them the dream and says“One bowl of yogurt outweighed the Süleymaniye mosque. The good deeds and aids that humankind do, in some way, will definitely come across them. Either they will be a supply at the afterlife or it will be a life vest against accidents and troubles in this world. They will be an armour, like Sadaka, against evil.”

What makes a bowl of yogurt outweigh the Süleymaniye mosque?

This story clearly shows us that a general intention, an endless faith, a pure sincerity gives a priceless worth to even the simplest things. We have to remember again that the intention and sincerity, which are losing their place at our agenda nowadays, are exactly the keys for being valuable which we are looking for.

We should leave aside the phrases like “What could I do, I hardly even sustain my own life, what help would my insignificant aid do?”  and accept Allah’s assent as the only base, keep our intention grand like that old lady. Shouldn’t we run after -even if they are small- sincere acts that we will do.

“Protect yourself from Hell-fire even with half a date” (Sahih al-Bukhari 1417) said our Prophet (pbuh). We shouldn’t see a date small and forget hadiths like “Sadaqah repels troubles” and ”Sadaqah lengthens life.”

A small act of goodness unexpectedly can be the reason for Divine pleasure.

In the story, both the old lady and Kanuni Sultan Süleyman were concerned to do a good deed for the hereafter, and thus they acted with a pure intention. While we are in the clutches of a monotone life and enjoy the pleasures of the day, what are we preparing for tomorrow, for ourselves?

In one pan the Süleymaniye Mosque, in one pan some yogurt… Is there anything we cannot afford which the old lady could afford, whose deed became heavier in point of spiritual value, by treating yogurt, than the huge mosque?

The important thing is the intention and sincerity. Isn’t it so?