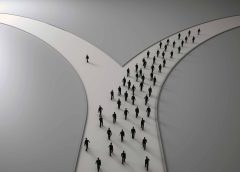 The evidences and proofs for the prophethood of our Prophet (asw) are countless. Explaining all of them is neither within our limits nor an issue to be explained in this article. However, we will try to talk a bit about the good character of the Prophet Muhammad (pbuh), who is the brilliant proof of prophethood, and also how the Qur’an and the Hadiths prove the prophethood.

Both his friends and enemies accepted the good character of the Messenger of Allah, Muhammad (pbuh). In fact, the Mecca polytheists, who were his greatest enemies, called him Muhammadu’l-Amin, especially Abu Jahl being in the first place.

And Allah, in the Qur’anu’l-Azimu’sh-shan, said:

It is the Prophet Muhammad (asw) who shows the beautiful moral values ​​declared by the Qur’an and shows all the instances of good character in his life. And it is he (asw) who lived those values in person and on whom those beauties have been seen. And he (asw) is “the walking Qur’an.” It is the Prophet (asw) who first and foremost went on the straight path called as-siraatu’l-mustaqeem in surah Fatiha and has been created with the fitrah that can go on that path.

The meaning of being on the straight path

Imam Bediuzzaman explained “as-siraatu’l-mustaqeem” in Ishaaraatu’l-I‘jaaz and the Thirtieth Word and the Eleventh Flash: In man there are three senses which are the power of mind (the power of being able to distinguish good from bad, right from wrong, beautiful from ugly, in other words, the “intellectual faculty”), the power of anger (the power of expelling harmful things), the power of desire (the power of getting things of benefit). No limits have been assigned to these forces in man. Each of these forces has three levels. ‘‘ifrat (exaggeration), tafrit (negligence) and al-haddu’l-wasat (the middle way).

The ‘‘ifrat level of the power of desire is ‘fujuur’. In other words, it is to desire anything without differentiating halal or haram. And its tafrit level is ‘khumuud’. In other words, it is not to desire or need anything either halal or haram. As to al-haddu’l-wasat, the middle way, it is ‘‘iffah’. In other words, it is to protect in chastity one’s all organs and members, senses and emotions from haraam things, shamelessness being in the first place, and to live in the halal circle. As a matter of fact, “the sphere of the permissible is very broad, and more than sufficient for the fulfilment of one’s desires. There really is no need to fall into prohibited things.” (The Words, Imam Bediuzzaman Said Nursi)

At this point, we see that it is Muhammadu’l-Arabi (asw), who applied hikmah, shajaa‘at and ‘iffah to his own life and continued his life in the most perfect way, with the agreement of friends and enemies.

The Qur’an gets younger as the time passes

In fact, the Qur’an and the Hadith contain a lot of evidence to prove the prophethood of our Prophet (asw). Although it has been more than 1,400 years since the verses and hadiths, neither a single verse nor a single hadith has lost its validity, and neither have not been determined to be wrong. The fact that they have always had the quality of fairness and righteousness is a proof that both wording and meaning of the verses are from Allah (jj). So, the Prophet Muhammad (asw) has not talked from his nafs (self). Allah Almighty has made him talk; and he talked. (See Surah Najm, 53:3,4) This proves without any doubt that the meaning of the Hadith also comes from Allah (jalla jalaluhu).

As Imam Bediuzzaman said, “As time grows older, the Qur’an gets younger; its signs become apparent [are better understood].” (The Letters, Imam Bediuzzaman Said Nursi) Yes, just as people are born, grow up, and become old, similarly their ideas and knowledge gets older. People’s arts also become perfect as a result of experience in time. The model of a device that people have made for the first time does not have the perfection of a brand new model of the same device that has been made later. This reveals the weakness and deficiency of man. Undoubtedly, this does not apply to Allah Almighty. There is no difference in perfection between His first art and His last art. Because Allah has infinite knowledge, wisdom and might. He creates His first creation with the latest and most perfect model. Therefore, there is no model change among the arts created by Allah Almighty.

Regarding the fact that the Hadiths are a true interpretation of the Qur’an, Said ibn Jubayr (ra) said: “I used to find the confirmation of whatever I heard from the Messenger of Allah (pbuh) in the Qur’an.” (See Kashfu’l-Ghumma an-Jami‘u’l-Umma, Imam Sha‘raani) And Imam Shafii (ra) said the following in this regard: “All the rulings of our Prophet (pbuh) are nothing but what he understood from the Qur’an.” (See Al-Itqan fi Ulum al-Qur’an, Imam As-Suyuti)

Imam Shafii (ra) showed the verse below, and many similar verses, as evidence to his word:

“[My Beloved, O Muhammad!] Indeed, We have revealed to you the Book in truth so you may judge between the people by that which Allah has shown you. And do not be for the deceitful an advocate.” (Nisa, 4:105) (See ibid)

Yes, the hadiths are the most important commentary that interprets and explains the Qur’an.

“Beware! I have been given the Qur’an and something

By saying this, he (pbuh) miraculously foresaw and reported attacks against the Hadith.

In other words, as it is understood from these hadiths, you cannot separate the book and sunnah; and those who do will commit a big crime. Because “One of the reasons why people go astray is to deny the prophets and to underestimate the good news and threats they brought. In particular, to underestimate the sunnah brought by our Prophet (asw) and even to claim that it is not of good manners to live the sunnah have been accepted as one of the reasons that make people go astray.” (See Mughni al-muhtaj)

So, the hadith and verses’ being truth is also the strongest evidence of the truthfulness and prophethood of the Beloved of the Lord of the Worlds (pbuh), who brought them to us. And this proves and demonstrates the truth of Islam as evident as the sun.

May Allah guide all of us to the straight path and make us attain His consent. Amin.